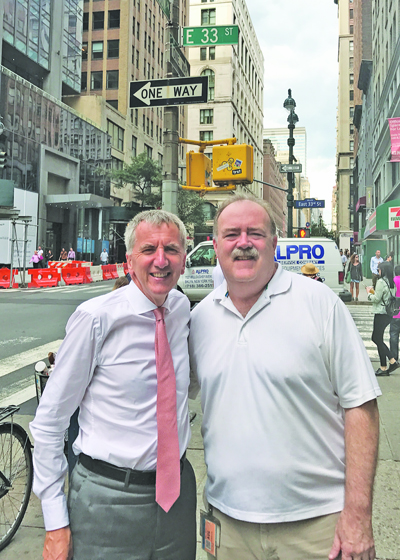 HOTEL giant Radisson is coming under increasing pressure this week over plans to expand its Gasworks hotel in South Belfast on to land originally zoned for housing.

Earlier this month, Belfast City Council took a controversial decision to hand over to an office-block developer an area of land on the Gasworks site earmarked for homes for families in the neighbouring Market area. A second parcel of land is being teed up by the developer to accommodate an expansion by the Radisson Blu hotel.

But that Radisson Blu plan has left the Ancient Order of Hibernians, America’s largest Irish organisation with 40,000 members across 50 states, seeing red. In a blistering letter to Federico Tejera, CEO of Radisson parent group Carlson Rezidor, AOH President Judge John McKay of New Orleans says any investment by Radission in Belfast, while welcome, “must not be at the expense of Belfast’s most vulnerable”.

He adds: “I firmly believe that Irish American tourists would have a difficult time laying down their head in the Radisson Blu Belfast knowing their accommodation came at the expense of their fellow-Irish not having a roof over theirs.”

“Sadly, we note the tragedy of homelessness in Belfast is also still coloured with the vile stain of sectarianism. The Hibernians realise that Carlson did not create the reprehensible housing situation in Belfast, but we do ask you not to be complicit in contributing to it.”

“I also raised this issue directly with the Comptroller of New York Scott Stringer who has been a champion of the MacBride Principles on Fair Employment,” he said. “Anyone who thinks American companies can ride roughshod over the embattled community of the Market should think again.”