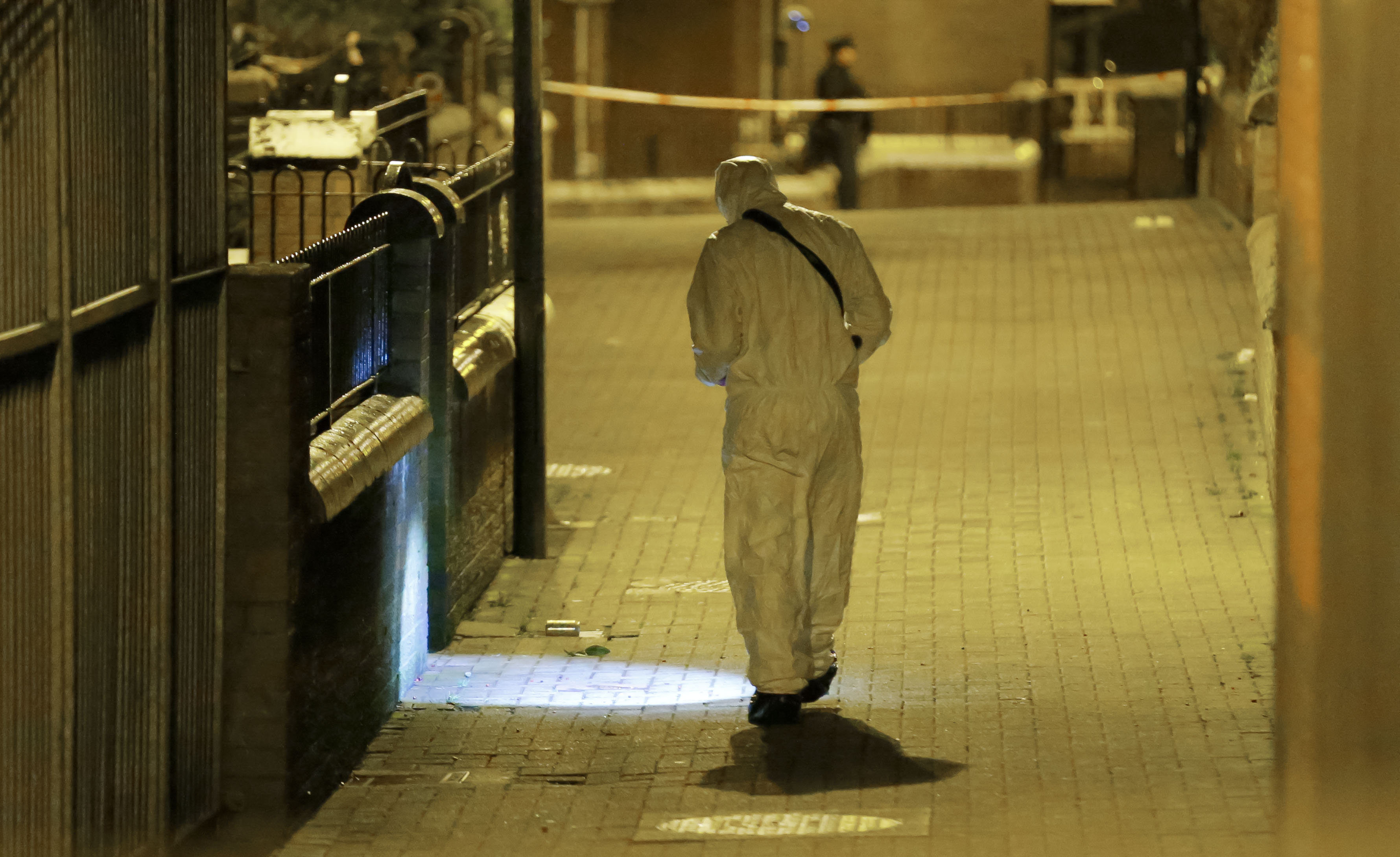 Ardoyne priest Fr Gary Donegan has spoken of the heroic efforts of the wife of Michael McGibbon to save her husband’s life as he confirmed he was helping a second man under threat from the same gun gang that killed the 33-year-old on Friday night.

The Rector of Holy Cross said Joanne McGibbon was “absolutely devastated” at the loss of her husband and that she spoke to him of how she tried to comfort him as he lay injured in the alleyway.

Michael (33) was shot three times in the leg on Friday evening after being ordered to an alleyway close to Butler Place.

It is understood the attack was carried out by members of the New IRA, who have also been linked to the murder of Oldpark man Conor McKee in January.

“I visited the house and Joanne is absolutely devastated, but to be in her presence is to be in the presence of a heroine,” said the local priest.

“This woman was the first responder to her own husband and watched as his life slipped away before performing CPR on him. She offered him a layperson’s act of contrition and told him not to be worrying. To sit in that house and listen to her speak would bring tears to a stone.”
Fr Gary said the gang who carried out the attack had threatened another person from the area.
“I am dealing with a family who have a member also under threat. It’s just unbelievable. It’s the same people behind it who killed Michael and it’s clear no lesson has been learned by them though his death. This gives you an indication of what these people are like. The loss of a resident of Ardoyne in this way opens up old wounds.”

A 34-year-old man remains in custody in connection with the killing and a number of properties in North Belfast were searched over the weekend as part of the investigation.

PSNI Detective Superintendent John McVea said they were treating the killing as murder.
“There is nothing that can justify or explain the senselessness of this murder and let's be clear, that is what we are talking about here – murder,” he said.

“Michael McGibbon was a local man. He was a husband and a father. He was also a taxi driver who was well known in his community.

“He was a man with no criminal record, no apparent criminal connections or associations and today we are talking about his murder. There is no rationalising that.

“This killing bears all the hallmarks of a paramilitary murder. Those who carried it out have no legitimacy in this community and today I am asking the community to help us find them. Help us bring justice to the McGibbon family.”

He appealed for information on two men.

“I am appealing in particular to two males who called at the McGibbon home late in the evening of 14 April. These men asked Mr McGibbon to step out of the house. When he refused, they stated that they would be back.

“If you were in the area last night or if you know anything that could potentially assist with our investigation, then please call the incident room at Ladas Drive on 028 90700303. Or you can phone the Crimestoppers charity anonymously on 0800 555 111."