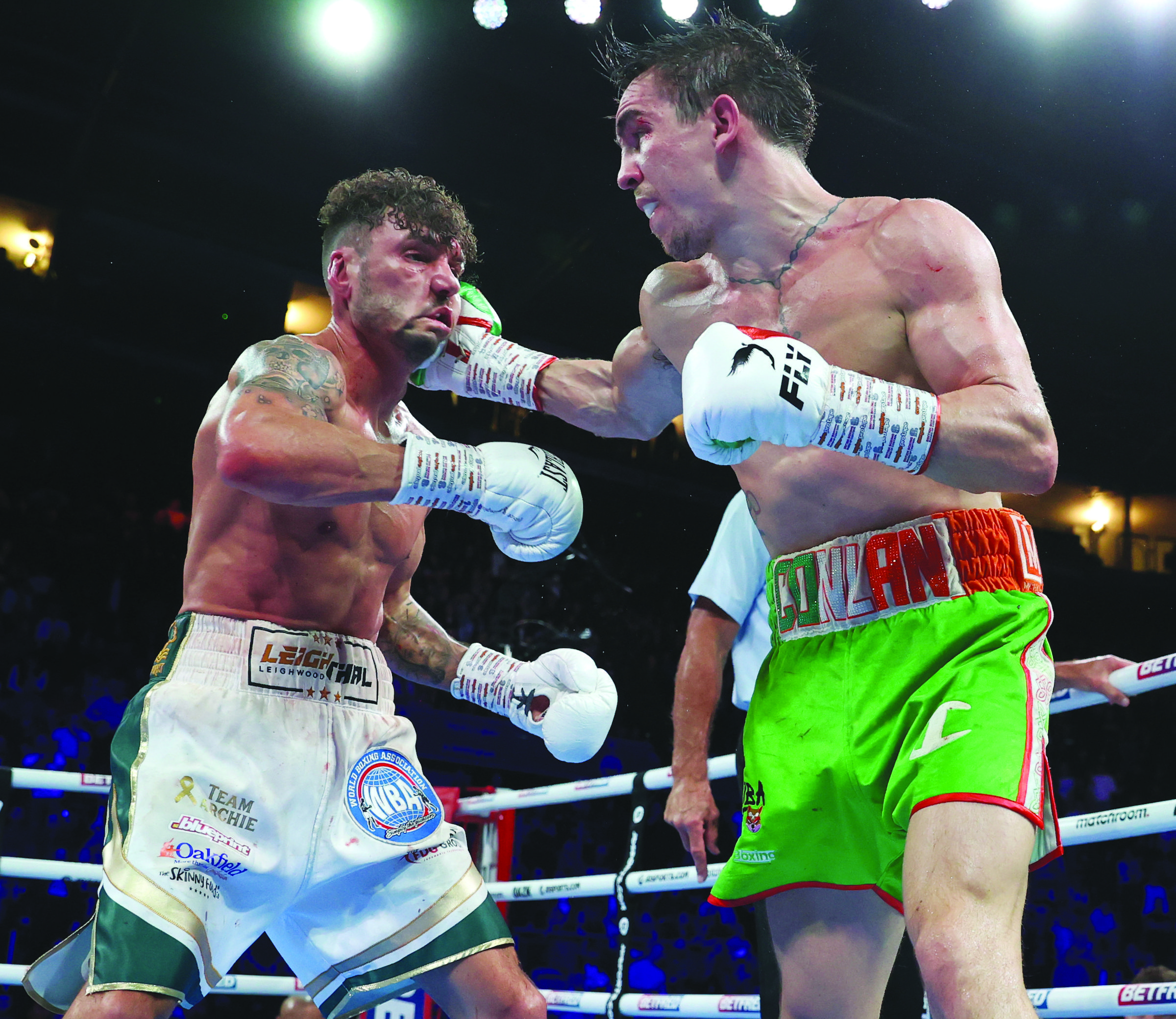 Michael Conlan lost out in his quest to dethrone Leigh Wood in Nottingham back in March and while he hoped for an immediate rematch, will instead fix his gaze on Miguel Marriaga at the SSE Arena on August 6 INPHO

VICTORY over Colombia’s Miguel Marriaga at the SSE Arena on August 6 will unlock the door to an immediate return to world title contention. That is the hope of Michael Conlan who is aiming to bounce back from his world title loss to Leigh Wood in March as he plots his course back to another title shot.

Conlan was ahead on the cards in Nottingham when the fuel tank emptied in the final round, knocked out and out of the ring in a dramatic finish to a fight that immediately made the list for fight of the year.

The West Belfast man was eager to jump straight back into a rematch, but Wood has opted to pursue a showdown with WBA featherweight ‘Super’ champion Leo Santa Cruz due to the sanctioning body’s intention of scaling down the number of belt holders, so Conlan will instead face three-time title challenger Marriaga who previously fell short to Nicholas Walters and Oscar Valdez at featherweight and Vasiliy Lomachenko in an August 2017 bid for the WBO junior lightweight crown.

‘The Scorpion’ will arrive in Belfast with a record of 30-5 with 28 of those wins inside the distance, so is a very dangerous opponent for Conlan, but exactly the kind of test he wants to get back on track.

“I think I’d been forgiven for an easier fight if I have wanted but I don’t think there was a point in that,” he said.

“I was minutes, seconds away from becoming a world champion in fight where I didn’t take an awful lot of shots. It was fatigue and tiredness that got me in the end. I don’t think I showed any weakness in the chin or ability, just a bit of fatigue.

“I want to jump straight back into the deep end and into big fights so I can become world champion as quickly as possible and I think this is the right opponent and the right time.”

Initially, it was expected Conlan’s return would take place at the Falls Park, but due to logistical issues, will instead head to the city’s docklands and the SSE Arena that has been home to some of the biggest nights of boxing in the recent past.

The atmosphere at Carl Frampton’s fights became legendary and Conlan is excited to bring his ever-growing army of fans to an indoor arena that can amplify the noise.

Pre-sale tickets sold out with the general sale taking place this Friday and with a stellar undercard expected to be revealed in the coming weeks, it is expected upwards of 9,500 will file through the doors on the night.

“The pre-sale tickets sold out and that’s always a good sign when the pre-sale goes well,” the 30-year-old noted.

“It will be like a cauldron and you think of the nights Carl had in there - wow. I think it will be like that, so I’m excited for it and it will be an even better atmosphere in there than the park because there’s a roof.

“The tickets are flying out and the last couple of times I’ve fought in Belfast in the park, I’ve had people come from all over the country, from Australia and other places.

“Coming off the last fight and seeing the fan base grow again because of the experience in Nottingham and those who watched on TV wanting to come and experience it is going to be good.”

Conlan has fought in the arena - formerly known as The Odyssey - in 2018 when defeating Adeilson Dos Santos in what was just his eighth professional bout.

The stakes are so much higher this time around as at 35, Marriaga knows this is his last chance to get back into the world title picture and with dynamite in his fights and a solid chin, will make it a very dangerous assignment.

Yet these are the challenges Conlan must face at this stage of his career if he wants to remain in the world title picture, so is aware he much produce a huge performance to make a statement.

“This is not an easy fight,” he accepts.

“I know people are commenting that he is older now, but you don’t have 30 wins and 28 knockouts for no reason.

“Lomachenko is the only person to stop him and it wasn’t even really a stoppage, he just retired in the corner as he couldn’t do anything with Lomachenko.

“Nicholas Walters and Oscar Valdez couldn’t stop him and they are big-punching guys. I was there when he fought Oscar as I was out in LA at the time and it was a war, a fight of the year contender, so I know the task ahead and that it’s not going to be an easy fight. I need to be on my A-game, which I will be.”

Promoted by Top Rank and Conlan Boxing, tickets go on sale on Friday (June 10), and can be purchased at ticketmaster.co.uk.