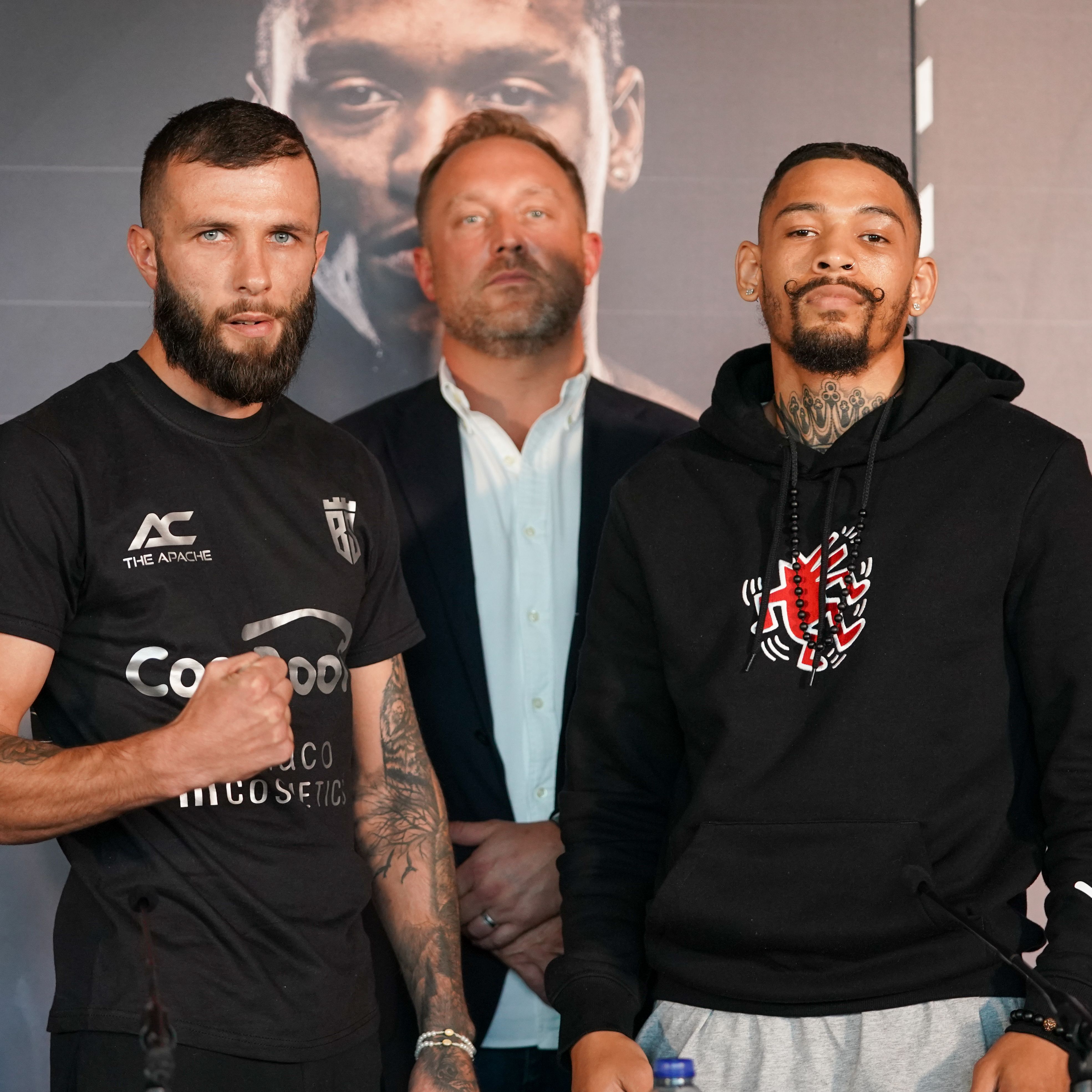 IT has been a torturous build-up to the first defence of the British super-featherweight title for Anthony Cacace, but at long last it seems he and Lyon Woodstock are ready to throw down in Birmingham on Saturday night (live on BT Sport).

Since claiming the title against Sam Bowen back in November 2019, it could be said that if it wasn’t for bad luck, Cacace would have had none at all with the pandemic putting boxing on the back burner before what turned out to be a write-off in 2020 as a mouth abscess left ‘The Apache’ no option but to put the first defence against Woodstock back on two occasions.

It seemed they were finally ready to meet back in February, but just days out, Woodstock contracted Covid-19 and again the fight was off.

For a while in the aftermath, Cacace felt he was done with boxing but the offer was extended through manager Pat Magee to revive the Woodstock fight and the challenge was accepted.

It may be a little draining having to gear up for the same opposition on a few occasions, but the 32-year-old southpaw doesn’t see it that way and indeed, feels reinvigorated having brought Carrickfergus-based trainer Ian Mahood on board alongside his coach Harry Hawkins.

“It (time out of action) broke momentum as I had great momentum after winning the title,” he reflected.

“I was retired there a couple of months ago when I said I wouldn’t box again, but got it back again and I’m down here training (in Carrickfergus) where I have been welcomed with open arms and it’s really rejuvenated me. It’s just given me a real lease of life and I feel like I’m giving this another go the right way.

“It’s all come together, so I’ve got that fight and want back that I needed. Woodstock is just another fighter who means nothing to me. It’s just a fight and payday.”

It is a little more than that as Cacace was named at number six in the latest WBA rankings, so a victory on Saturday will likely propel him further up the ladder and on the brink of a crack at a world title and all that goes with it.

That has focussed the mind as the vastly-talented Lenadoon man seems to finally have his window of opportunity having endured a stop-start career where breaks just didn’t seem to come.

“I’m number six with the WBA and if I win this fight I could be in the top three - that’s how big this fight is,” he acknowledges.

“This is the difference between good money and life-changing money, but I’m not putting pressure on myself by thinking that way. The only thing I’m concentrating on is Lyon Woodstock and smashing him to bits.”

The title victory over Bowen was impressive enough for promoter Frank Warren to offer a contract and when this bout was originally made last year, Cacace was viewed as a heavy favourite and that opinion hasn’t changed.

Woodstock has two blemishes on his 14-fight record with those losses coming to Archie Sharp in 2018 and in his last fight back in June 2019 - a points reverse to Zelfa Barrett in a Commonwealth title fight.

However, the Englishman brings a high work-rate to the table and works well to the body, so Cacace will know he must remain busy so not to ship rounds on a low output, but the Belfast man has much better skills and carries significant power in his left hand.

Against Bowen, it was his engine and ability to out-gun the champion that earned him the Lonsdale Belt when learning the lessons from his sole defeat to Martin J Ward when perhaps he wasn’t busy enough to convince the judges on the night.

Therefore, with the opportunities now presenting themselves, there can be no slip-ups in a fight that he is well capable of winning and quite simply, if he performs then he ought to win.

After waiting so patiently for his chance to shine, Anthony Cacace is convinced it's his time.

Tomorrow night, he will be looking to bring his belt back to Belfast 🔥#CacaceWoodstock | Saturday | BT Sport 1 HD, 7.30pm. pic.twitter.com/3ZtPuok0o1

Woodstock is durable and only been on the deck once in his eventual points defeat to Sharp, so it would be a major statement if Cacace could become the first man to stop him.

A convincing win, whether on points or inside the distance, is the most important thing given what opportunities could emerge and taming ‘The Lion’ is all that is on his mind this weekend.

“I’m fully prepared and I know what Lyon Woodstock brings to the table. I’ve heard what he’s said and has contradicted himself a few times. He’s been talking a wee bit of crap to be honest.

“One thing I know is that he’s going to come in hungry and ready, but I’m hungry and ready. I think I’ve all the boxing ability to beat him so he can bring whatever he wants to bring. I’m not going to let anyone take this away from me. He’s going to have to nail me to the canvas, so this is it.”