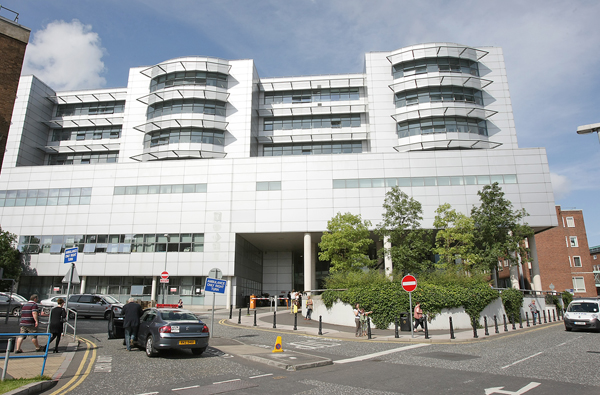 A man stabbed in the face on Saturday evening was assaulted by a youth wielding both a knife and a broken bottle, Daily Belfast understands.

The incident took place at the junction of Harcourt Drive and Manor Street in the Cliftonville Road area.

The attack, which took place in broad daylight, is just the latest incident in the area where youths have been seen carrying weapons in full view of the public.

In August a number of young people armed themselves with golf clubs in Manor Street to defend a bonfire after a man with a crossbow was part of a gang which burnt it down.

Following Saturday’s incident, the 19-year-old victim, named locally as Kevin ‘KJ’ Thompson, was rushed to hospital and is in a stable condition after having emergency surgery.

A PSNI spokesman confirmed they had man one arrest in connection with the attack.

“Police arrested a 17-year-old male on suspicion of attempted murder following an incident in the Harcourt Drive area of North Belfast shortly after 7pm, Saturday 17 September.

“Police received a report that a man had been stabbed in the face close to junction of Harcourt Drive and Manor Street. A 19-year-old male was taken to hospital for treatment for a serious laceration to his cheek. His condition is described as stable.

“The 17-year-old suspect remains in custody at this time.”

Detective Sergeant Keith Wilson appealed for anyone who witnessed the incident or anyone who has any information that can assist with the investigation to contact detectives at Musgrave Police Station on 101, quoting reference number 1285 of 17/09/16.

Or if someone would prefer to provide information without giving their details, they can contact the independent charity Crimestoppers and speak to them anonymously on 0800 555 111.