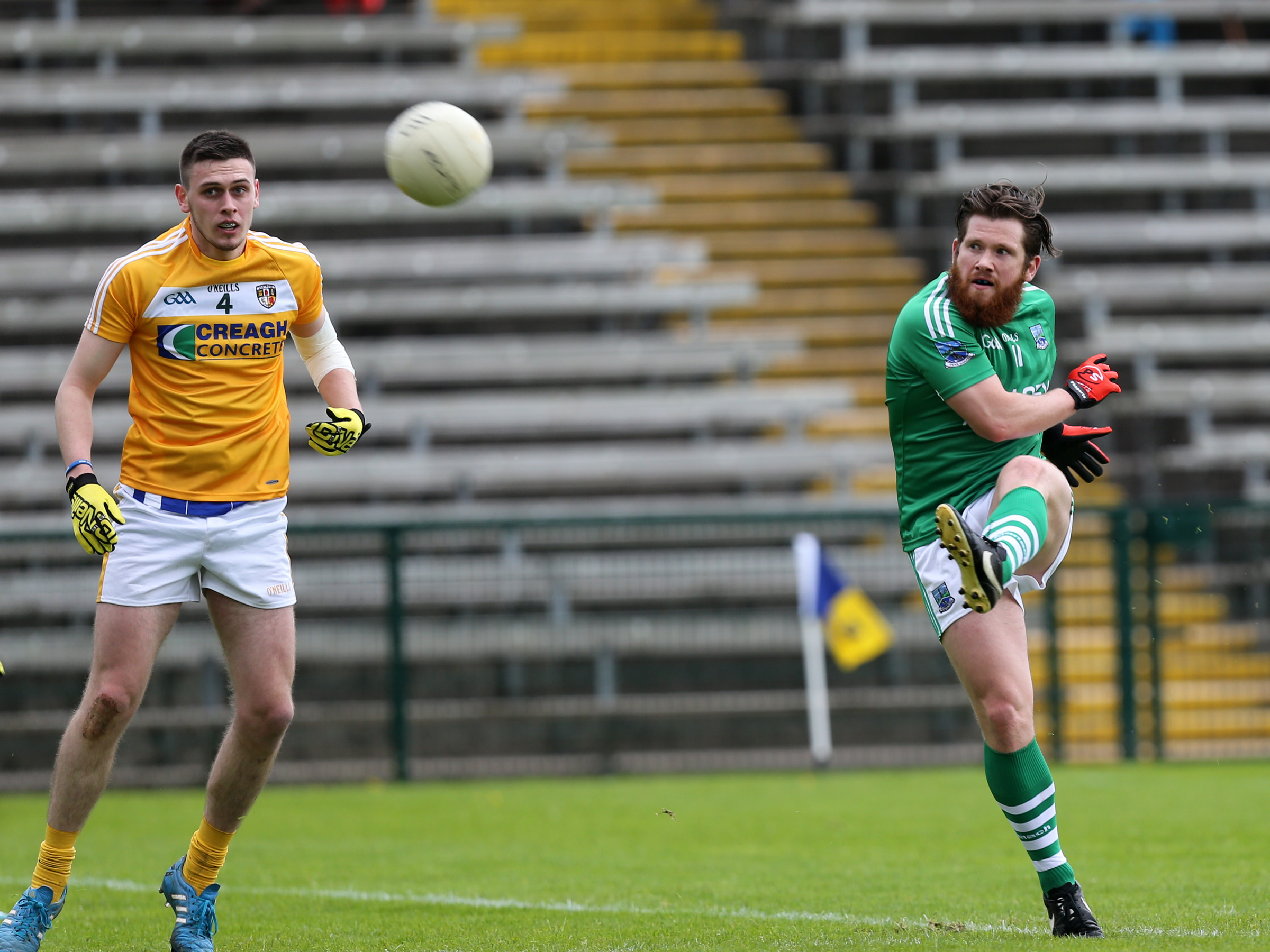 Despite two wins from two in Division Four, Antrim defender Connor Burke insists the Saffrons must improve for their next outing against Leitrim

IT is a measure of the ambition of this Antrim team that Connor Burke says they are not satisfied with how their opening two League games have gone despite recording successive victories. On Sunday, Antrim ground it out with a late Matthew Fitzpatrick goal sealing the points against Wexford to add to last week’s win in Carlow meaning Antrim have made an ideal start to their League campaign. After the first two rounds, the Saffrons top the Division Four standings thanks to their superior points difference over Louth and Wicklow. Ideal it may be on the league table, but performance-wise, the St Gall’s man says it is anything but and the team can make vast improvements. “There isn’t a great atmosphere about the team at the moment after two bad performances,” said the defender who enjoyed another excellent performance against the Slaneysiders. “Getting the points is obviously good, but we aren’t where we want to be. “There is still a lot of work to do over the next few weeks, but two points....... We will take them at this stage.” The football leagues will now take a break until the last weekend of February to allow for the start of the hurling league and Third Level competitions. There will be no resting on laurels during this time as Burke says they will work hard to ensure they bring their winning momentum into the next game at home to Leitrim on February 28. “We will probably have to work harder during the break. “They say it’s a three-week break, but it’s a chance for the managers to dog you,” he laughed. “It will be a challenge for every team (to keep going during the break). “That’s why we have to maintain the intensity over the next three weeks and not treat it as a break. “The next big thing for us is Leitrim at home here. They are a good side. “We played them away last year and were lucky to get a win down there. “They have the likes of Emlyn Mulligan back, so it’s going to be a big challenge for us.” Burke is now fast becoming a mainstay of the Antrim defence given his impressive performances and on Sunday, he held his marker, Ben Brosnan scoreless. In the past, it was older brother, Sean who was one of the first names down on the county team sheet, but Connor expects his elder sibling - who has returned this year after a long sabbatical from county football due to a number of factors including injury and travel - to stamp his mark on the team as the season progresses. “At home I keep slagging him that he’s a sub now and that he's done,” he joked. “No, Sean’s just coming back from injury so over the next few weeks hopefully he will get some more game time because he is a huge attribute to the team.” The elder Burke is not the only seasoned campaigner to return to county colours this season, with Kevin Niblock, the McCann siblings, Tomás and Michael, Kevin O’Boyle and Brian Neeson just some of the others to throw their lot in for the year. That has led to real fight for starting places and is a contributing factor in Antrim’s winning start. “A lot of boys coming back means there is real competition for places,” agreed Burke. “That means there is a positive atmosphere about the team. “Even the boys not getting picked, you would think they would be disappointed, but it’s that challenge for positions is what we are after and is driving everyone on.”