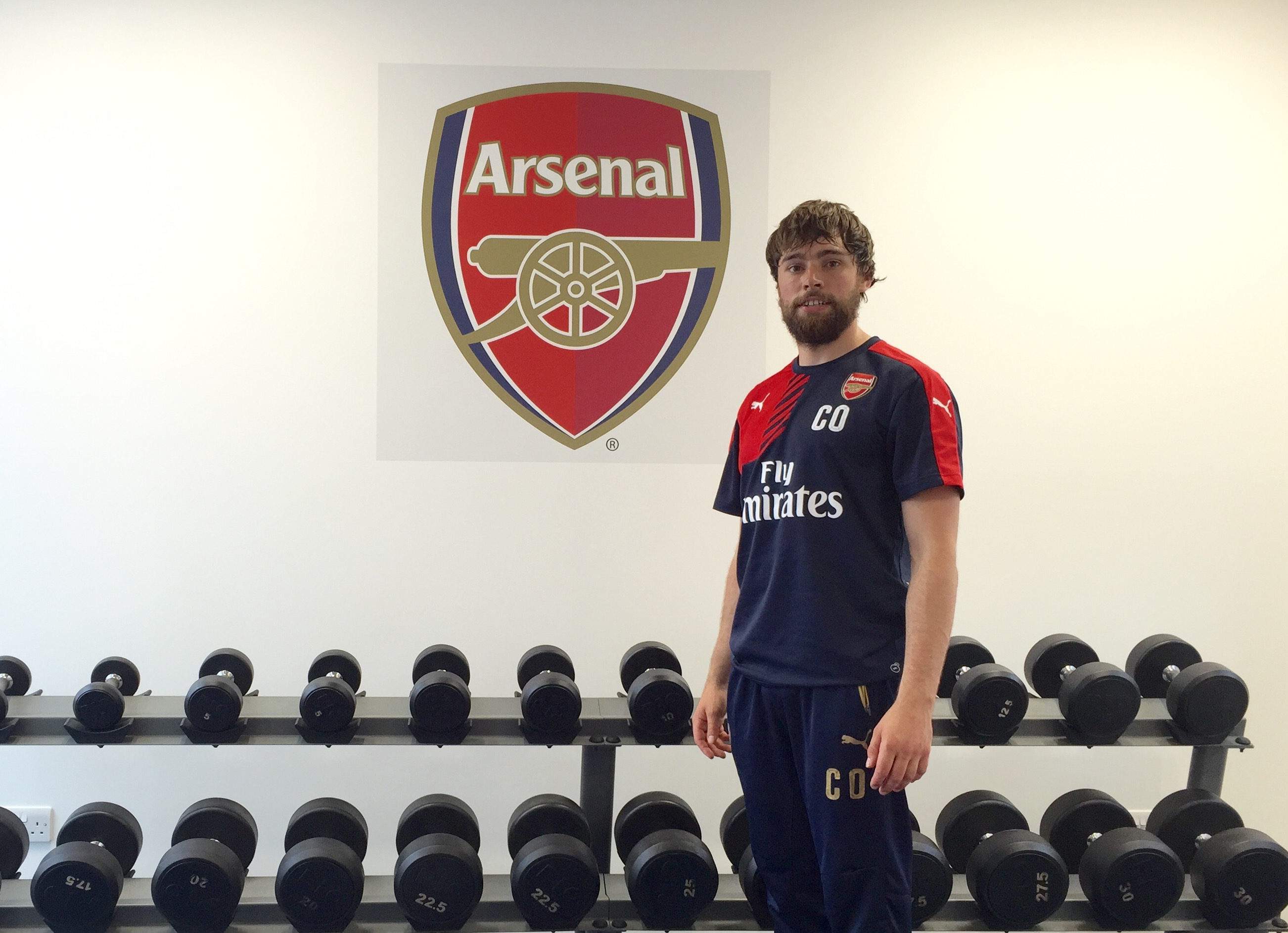 A Belfast sports fanatic has landed a dream job with Arsenal FC, despite being more comfortable with a hurl in his hands than a ball at his feet.

Cairbre, who has spent the past five years working with the Limerick minor hurlers, will join a coaching team at the Arsenal academy with responsibility for bringing through the next generation of Gunner youth stars.

The 27-year-old beat off stiff competition for the post, with over a hundred applicants for just three paid internships at the club.

“A few months ago I had the interview over Skype, then Arsenal contacted me the next day saying they wanted to hire me,” said Cairbre.

“I was delighted when I got the call and I’ve just been looking forward to getting started. I arrived last week and already it’s been intense. You’re dealing with youth players right through the age groups. That means getting to know hundreds of individual players, and dozens of coaches.

“I’ve always felt the biggest challenge for a trainer is to get to know the players well in order to get the best out of them, and that’s the immediate goal.”

While he’ll be working with young Academy players, Cairbre said if he spies Arsene Wenger he will invite the Arsenal boss for a “poc-about”.

The former Antrim hurler admits that his fanaticism for the GAA has already resulted in a few headaches in his new role.

“At first I had it organised so I could come back for Limerick Championship matches but that went by the by after we lost to Galway. And while I follow soccer it’s not my passion – even using the word ‘soccer’ has got me a few funny looks.”

The University of Limerick sports science graduate added that a number of key local sports figures had inspired him in his chosen career path.

“To come through the years of training and studying, with inspirational mentors from my time in St Mary’s CBS to the University of Limerick to where I am now has been a long and rewarding journey,” he said.

“I particularly want to thank Eddie McToal and Tony Austin at St Mary’s who were always an inspiration to hurlers and sport scientists at the school and also Séamus Ó Tuama at Meánscoil Feirste.”