Call for calm after fights are arranged 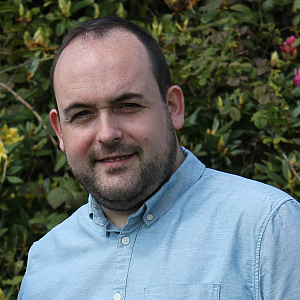 LOCAL SDLP Councillor Paul McCusker has appealed for calm after a number of arranged fights this week in North Belfast.
The Oldpark representative was forced to intervene after large groups of youths gathered on the Crumlin Road on Monday night in what he described as an “arranged fight with people from both communities”.
On Tuesday night, a crowd of up to 60 youths gathered at the Deerpark/Alliance Avenue interface.
“I am liaising with police and community representatives to put a stop to this,” he explained.
“I would appeal to any young person involved in this to please stop this silly behaviour as it wasn’t long ago a young lad was knocked unconscious leaving him with serious facial injuries.
“Thanks to the residents who made me aware, as we are working now to calm the situation down before anyone gets hurt or things escalate. There’s no need for this at all.”
DUP Oldpark councillor Dale Pankhurst added: “Parents and guardians in North Belfast, please ensure you know where your kids are.
“These fights need to stop before someone gets hurts, loses their future due to a criminal record or worse.”
Meanwhile, police in Newtownabbey have issued a warning after up to 20 people were involved in disturbances on Tuesday.
Detailing the incidents, a PSNI spokesperson said: “Police received reports of young people arming themselves with weapons including sticks and hurling bats.
“It was reported on more than one occasion that groups of up to 20 young persons were fighting with each other. This was reported to have taken place in the Valley Park, Bawnmore, Longlands, Rathcoole and Church Road areas of Newtownabbey.
“This is not about apportioning blame but the message is clear and should not be misconstrued. If police detect young people gathering to take part in organised fighting, it will be robustly dealt with.
“Young people be clear, a criminal record will not allow the long distance trips you dream of to take place. Future careers hang in the balance and you need to seriously consider your own behaviour if you were involved in this.
“For the members of the public making the calls to alert us, thank you.”