Carryduff Colts round up ... 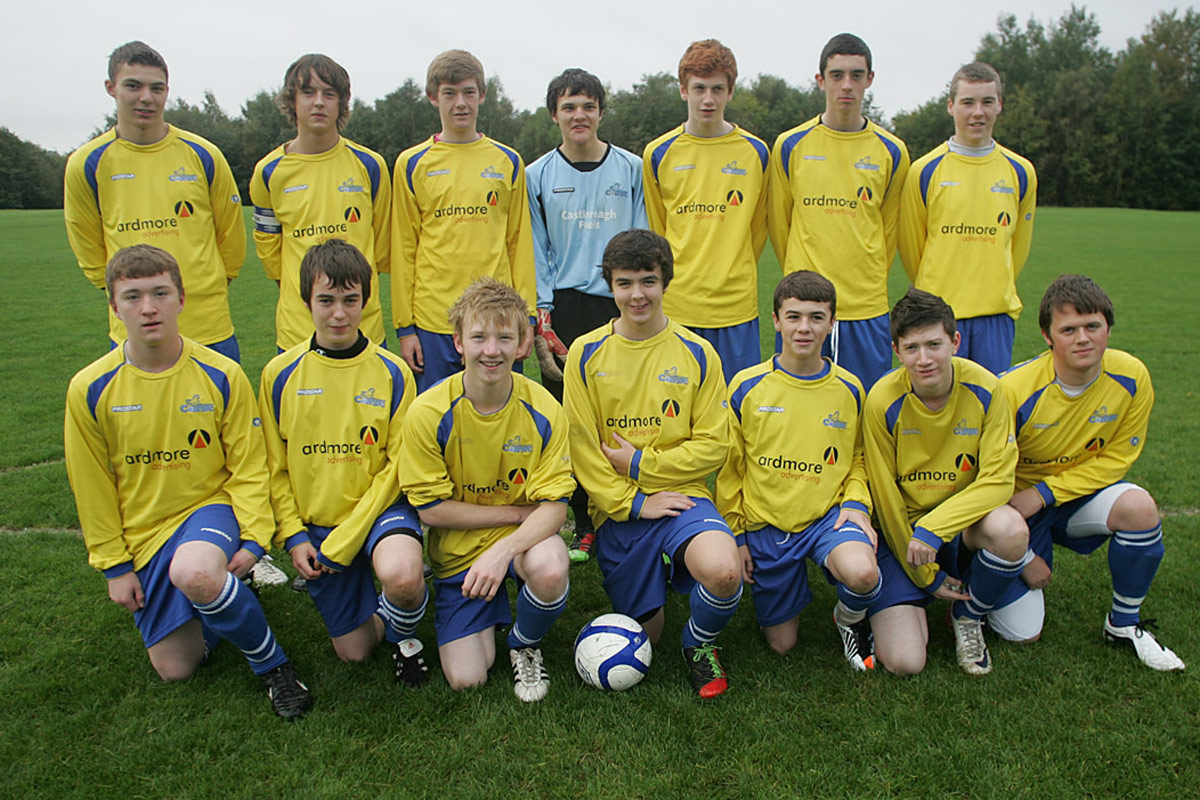 A defensive mistake, a missed penalty and a host of chances not taken summed up this match for the U18s.

The Colts were the better team from the outset with Jonny Murray’s pace causing problems for the visitors but both defences were on top with Eoin Doherty outstanding.

But it was Ballycastle who came closest to scoring in the first half when Colts’ defence failed to clear their lines and although the striker mis-kicked the ball it fell to a teammate who shot straight at the prostrate Nathan Lyons.

Carryduff also had a good chance of their own when a Murray cross was just missed at the back post by Gary Fletcher.

Ballycastle took the lead just after half time following a mix up in the home defence and from then on Carryduff pressed for an equaliser with Michael Deeny’s free-kicks and corners the most potent weapon.

The best opportunity came when Murray was fouled in the box but Rory McDonnell crashed his penalty kick against the crossbar.

They had another couple of claims for penalties when Andy Carter was fouled while there appeared to be a handball in the box.

Murray, Danny Toal and Ryan Beattie all had good chances but the best opportunity fell to Carter when he latched on to another Murray cross at the back post but just failed to convert.

As Colts pushed for the equaliser they left themselves short at the back and Ballycastle nearly added a second when the striker raced through but substitute goalkeeper Ciaran O’Hagan raced off his line to produce a brave intervention to avert the danger.

The Colts came away with a well-deserved victory over a spirited Ballynahinch side at Cherryvale.

Right from the kick-off, the pressure was on with Gormley going close after only five minutes.

Shortly afterwards, McConville fed the ball to Devine who crossed hard and low for McKeown to hammer home from three yards.

On 15 minutes, Devine surged down the left wing and delivered a vicious shot which the keeper did well to save, only for Mockey to follow up for his fifth goal of the campaign.

White nearly made it 3-0 with a screaming 25-yard effort which flew narrowly wide of the right-hand post.

The Ballynahinch goalkeeper kept the score down with some determined saves, including a particularly good one from a McKeown special.

Caskey went close with a great effort which, unfortunately, was always rising.

The relentless pressure paid dividends again when McCluskey scored the goal of the match after neat interpassing between Holden and White.

Devine played his best game of the season with lots of energy and passion, a real thorn in the side of the Ballynahinch defence, and fed a neat through ball to second-half sub McCabe who scored with his first touch.

Maguire and O’Toole tidied up anything that the opposition could throw at them and Doherty, as always, put in a tireless midfield performance.

Good approach work by Gillan was followed by a blistering shot which the keeper could only parry. The ball fell kindly to that man McKeown who was in the right place to smash home the Colts’ fifth.

Carryduff Colts were hoping to come back from the defeat last week to Cliftonville against a very experienced Dungoyne side.

Having weathered the early storm the back four of Connor McCann, Ryan Murtagh, Ronan Lavery, and Connor Cunningham began imposing their presence on the Dungoyne forward line.

The twin strike force of Tommy Connery and Dylan Strong were proving to be a potent force up front.

Dungoyne were exposed when Dylan Strong out paced their defence and crossed for Tommy Connery to sweep the ball home.

If Dungoyne were caught cold with the first goal worse was to come two minutes later when a through ball from Ronan Lavery found Dylan Strong who unleashed an unstoppable shot to put the Colts 2-0 up.

The Colts continued to press and just before the interval Dungoyne’s misery was complete when their goalkeeper fumbled a through ball to allow Dylan Strong to tap home.

The East Belfast lads began the second half on the front foot and their efforts were rewarded when a cross-come shot was adjudged to have crossed the line.

As the half wore on, and with Dungoyne chasing the game, a break down the left from Mark Agnew ended with Tommy Connery putting the match to bed.

With the introduction of Jack Foy and Mark Reid up front the Dungoyne defence were kept busy as the Colts pushed to get a fifth but in the end they were delighted with an emphatic victory.