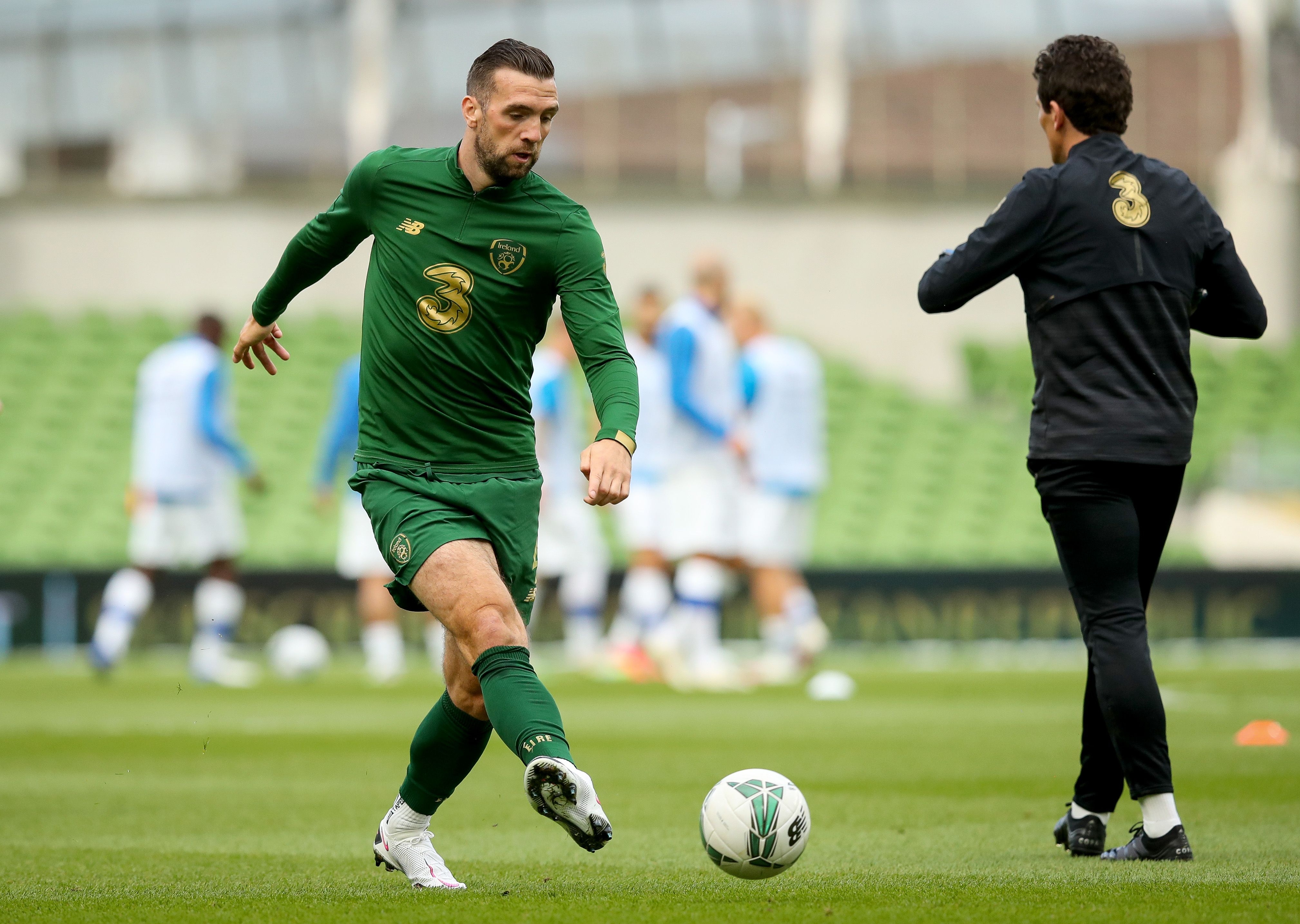 I THINK it’s fair to say that Celtic will be pretty content with how the last couple of weeks have gone.

In the early part of any season, the priority is to get into a good rhythm as early as possible and it appears that, despite the stop-start nature of the campaign so far, the Bhoys are finally finding their groove.

On the pitch they have managed to go some way in making up for the horror show in Champions League qualifying by comfortably winning their next two league games with something to spare.  They have also managed a decent bit of transfer business both in and out of the club and in that respect the squad is already looking a lot stronger than it did a few weeks ago.

Ireland international Shane Duffy has been on the club’s radar for most of the summer and it was a mixture of joy and relief when they finally got the deal over the line during the recent international break.

The big Derry man is initially on loan at Celtic Park but if an agreement can be reached over the next 12 months which suits all parties, then I’m sure a more permanent arrangement will be forged.

Duffy has a wealth of experience at the top-level of football and I’m sure he won’t have come cheap, but his capture shows that the board are taking the particular challenge that this year presents seriously.

He will hopefully develop a strong understanding with whomever his defensive partner or partners turn out to be this year and as we have already seen, he will pose a serious threat at the other end of the pitch as well.

Getting Shane in was important, but an equally shrewd bit of wheeling and dealing was needed in getting disgraced left back Bolingoli out the door.

Turkish outfit Istanbul Basaksehir have taken the Belgian defender, again officially on a loan deal, but with an option to buy at the end of 12 months.  That would be an outcome that would greatly benefit the Bhoys.

Coming back after the international break, Celtic manager Neil Lennon will have been delighted that, firstly, some of his players got a bit more playing time in their legs but more importantly, they all came back relatively unscathed.

Star forward Odsonne Edouard had missed two games through injury, including the defeat by Ferencvaros but he played, and scored, for the French U21s during the international hiatus.

He came back fit enough to start against Ross County last weekend and he wasted no time in getting on the scoresheet for his club, calmly slotting a spot kick into the corner of the net after sending the goalkeeper the wrong way.  That was enough to set the Hoops on their way to a very comprehensive 5-0 victory.

On paper, teams like Ross County should never pose any real threat to Celtic but on their own patch anything can happen.

All it takes is for a few Celts to have an off day, for the opposition to smother the game and stifle the Bhoys’ attack, or for the home goalkeeper to have an inspired game and suddenly three points become one, or even none.

Even at this early stage of the campaign, every point is crucial so there is simply no room for complacency or a lack of preparation.

With Shane Duffy seemingly the final piece in the jigsaw at Dingwall, Neil Lennon was able to revert to the 3-5-2 formation which brought them so much joy in the second half of last season.

It could have been a risk doing this in Duffy’s first game after what he described as his “dream move” to Celtic Park but luckily the dream continued into his debut in a match where he contributed plenty.

As a defender, his first priority is keeping it tight at the back and in helping the team to achieve a clean sheet he was successful in that endeavour.

We know, however, that he can be a potent weapon up front from set-pieces and he put the icing on the cake of his own performance in the second period, rising highest to get on the end of Callum McGregor’s corner and plant a brilliant header into the County net. Hopefully this is just a taster of more to come from the big defender.

Duffy was one of five different scorers in the match and the fact that all three strikers got on the scoresheet will also have given Lennon immense satisfaction.

Ajeti scored yet again, his third in consecutive games in the Hoops.  He is a proper livewire in and around the six yard box and if, as is claimed, he’s still not yet at full match fitness then we have a lot to look forward to.

The fans have been crying out for someone good enough to partner Edouard and in Ajeti, the club may just have found him.

David Turnbull, another new signing, also made his first appearance in a Celtic shirt against the Staggies.

Turnbull had to endure the agony of an aborted move to Parkhead last summer and could have been forgiven for thinking his chance had gone.

Neil Lennon promised him, though, that if he could overcome the injury that the failed medical uncovered last year then he would still be in the Celtic manager’s thoughts.

To be fair to the lad, he didn’t let that setback get the better of him and after working hard to get back to fitness he is playing as well as ever.

He started the season in great form for Motherwell and, after confirming his switch to the east end of Glasgow, will be hoping to continue in the same vein in Celtic colours.
Celtic’s nearest rivals, Sevco, have also been doing what they have to do domestically to put the pressure on 10-in-a-row.

They haven’t conceded in the league so far and are scoring goals, but for all the bravado surrounding their start to the season, Celtic could nevertheless be top of the league by this weekend if they overcome St Mirren on Wednesday night and Livingston this Saturday. The Ibrox team will have a chance to go back to the top but for Celtic it’s imperative that they put the pressure on and see if Gerrard’s men are up to it.

They have had things pretty much their own way up to now but the Bhoys are now clicking into gear and should be firing on all cylinders come the first meeting of the two teams in around a month’s time.