Challenge of staying ahead 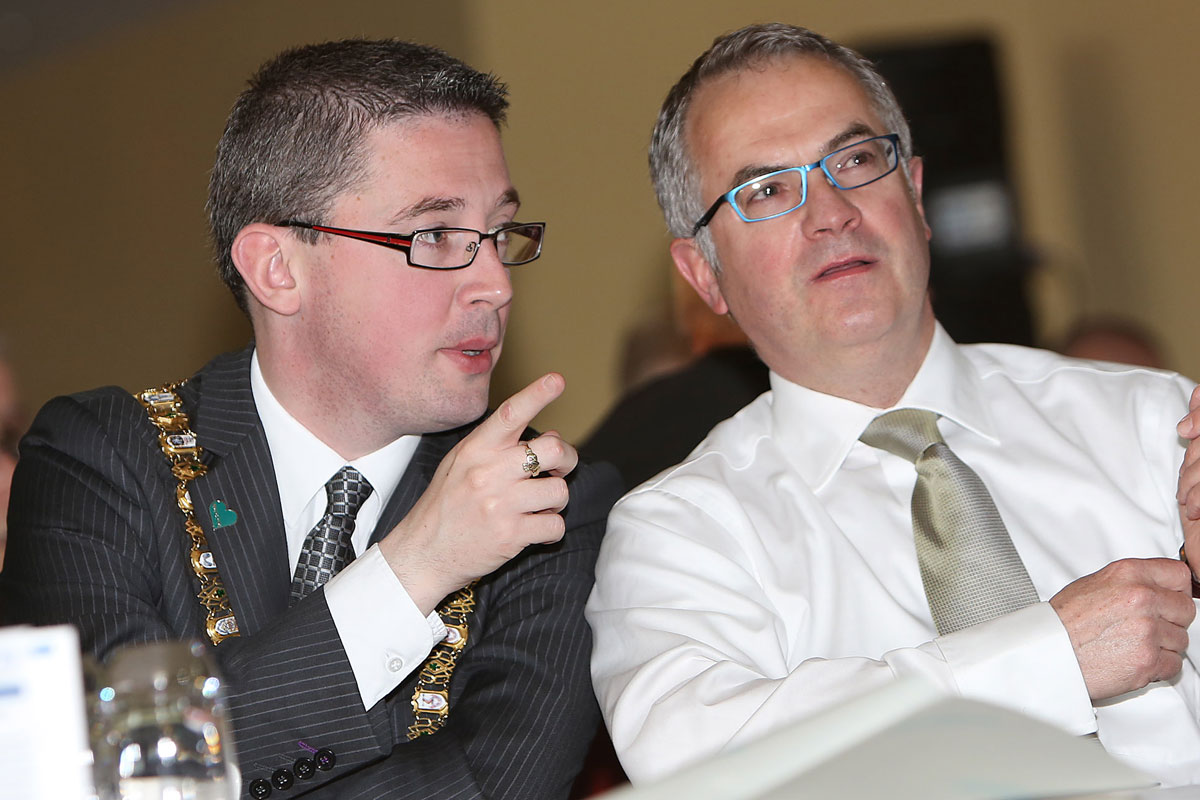 ALTHOUGH Belfast is truly on the up, as evidenced in the optimism expressed throughout One City, it still faces challenges that must be met in order to keep it at ahead of  other upcoming European cities.

Paul Nolan of the Community Relations Council set out new targets that must be met by all sections of society, during the Shaping Tomorrow’s Belfast debate on day two of the One City Conference in Titanic Belfast. Joined by fellow speakers, including Annie Armstrong of the Colin Partnership, Danny Moore of Loughshore Investments, and CEO of Phoenix Gas Peter Dixon, who chaired the debate, Mr Nolan said Belfast needed to meet the expectations of those looking at the city and the North from the outside who view the peace process as a “success” and who may be keen to invest here.

“This is still a period of transition,” he told the packed room. “It’s a journey out of a long period of conflict, and we are doing it in this vehicle, the peace process, which from outside is seen as very successful.”

However, in order to meet those expectations, the last vestiges of the Troubles must be shed, he claimed, while also warning that the deepening recession has yet to fully bare its teeth here.

“Unfortunately, paramilitarism is still a threat to us – a shadow on our society,” he continued. “Whether we like it or not, we in part remain a deeply sectarian society, and there’s a persistence of division. True peace should be more than just the absence of violence. Meanwhile, in terms of the recession, it has still yet to bite hard here in terms of the public sector especially.”

Despite these challenges, Belfast still has so much to offer, he added, citing statistics which prove the city has the lowest risk of crime  in Ireland or the UK.

“Thankfully, we are beginning to celebrate more as a society together than apart, as we did in the past.”

Mr Dixon and fellow panellists expressed confidence that the city would meet the challenges in the years ahead.

“We don’t want to be the village any more that people build a bypass around. Belfast needs to change so more people can come to see what we are like and if we are as warm as people say we are.”