Charles Valliday arrested after six months on the run 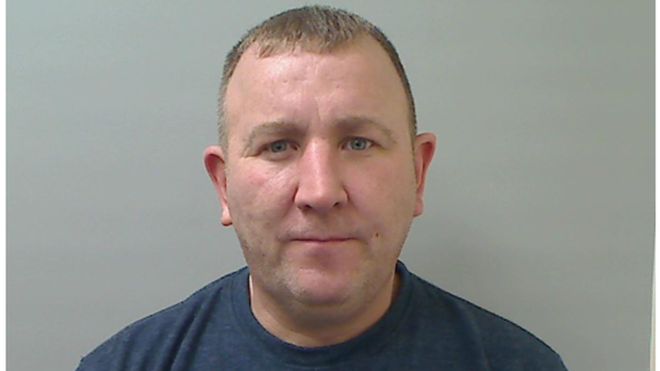 Charles Valliday who was arrested on Monday

AN on-the-run remand prisoner who faces charges relating to a 2012 murder has been arrested after six months.
46-year-old Charles Valliday was taken into custody from an address in the Springfarm area of Antrim on Monday afternoon.
He and his brother James Valliday failed to return to Maghaberry Prison in November 2017 after being given compassionate leave to attend at funeral in West Belfast. James Valliday was arrested in December 2017.
Both men are facing charges in connection with the murder of Christopher Mackin in Belfast six years ago.
Detective Inspector Darren McCartney thanked the public for their information “which undoubtedly helped officers establish their whereabouts”.