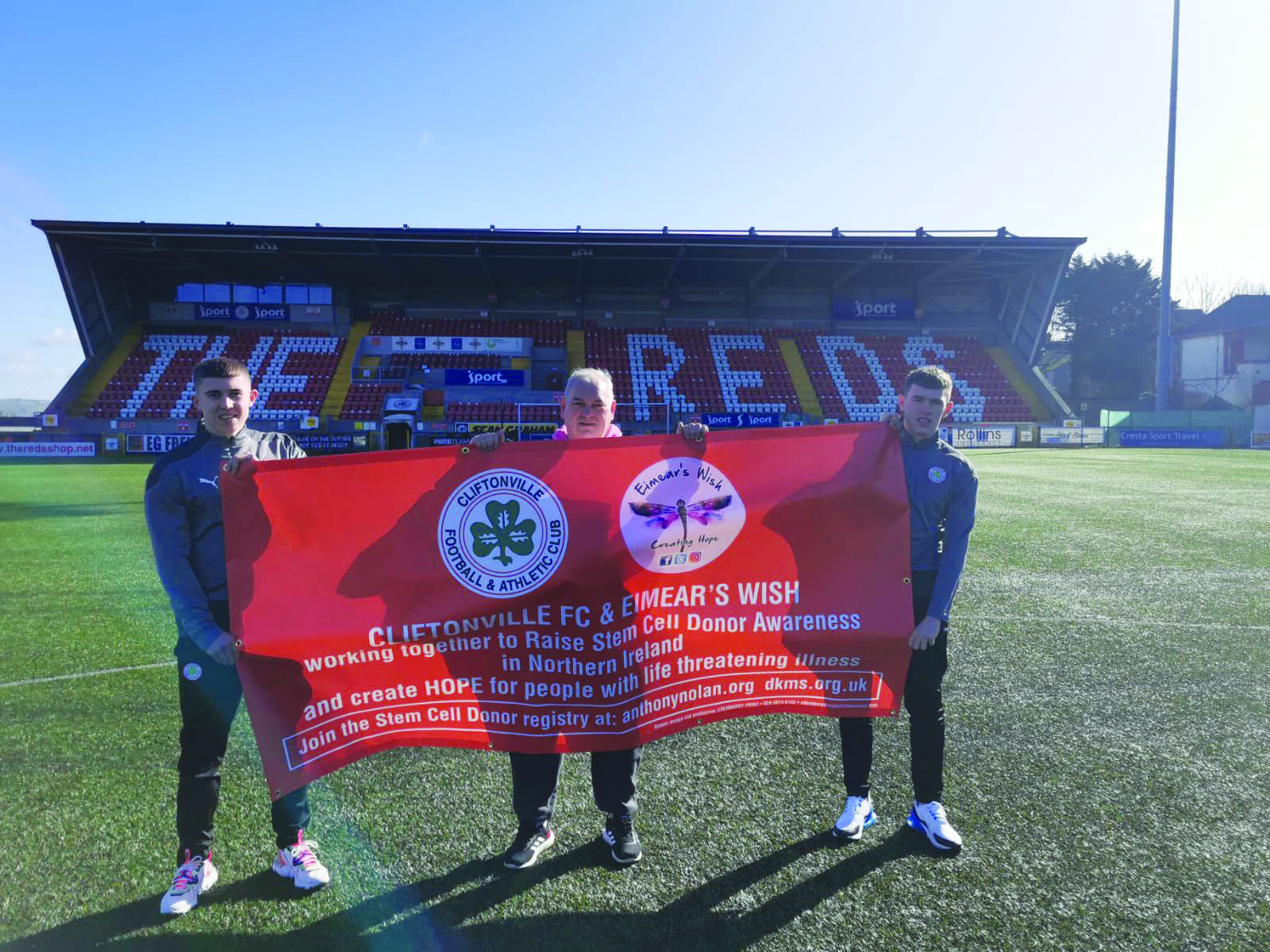 EVERY soccer club in the NIFL Premiership has signed up to support stem cell donation awareness in memory of a late West Belfast woman.

Following her death, the family started a campaign to raise stem cell donor awareness in the North, known as Eimear’s Wish to encourage people to donate their stem cells with many patients in desperate need of a life-saving transplant.

We’ve got that Friday Feeling: @CrusadersFC showing their support for Eimear’s campaign to raise awareness for #StemCell donation in all communities in Northern Ireland. #IPL The best football best league in the world pic.twitter.com/QreTPVrNex

In an attempt to reach out to young men, Eimear’s family reached out to NIFL Premiership clubs for their support with all 12 clubs now on board in promoting the campaign.

A banner will now be present at each club’s home stadium, with details of how people can sign up to be a stem cell donor.

Speaking to belfastmedia.com, Eimear’s dad, Séan said he can’t thank each and every club for their support.

“Eimear is influencing people now even after her death,” he explained.

“It is a massive thing for us to get all 12 Irish Premiership clubs signed up. Football is a big deal and played mostly by young men.

“Young men aged 18-30 produce a stronger stem call but are the least representative on the stem cell donor register. I can’t thank each and every club enough for their support.

“Not one team hesitated. They asked me to tell them what the campaign was about and show them the banner. They all came back and gave me their support straight away.”

Séan has also started to reach out to local GAA clubs with Michael Davitt’s GAC on the Falls Road the first to lend their support.

We are happy to help and take this chance to once again encourage our members and supporters to sign up to the Stem Cell Donation campaign like the large numbers of members did recently. https://t.co/HDQXd7Xqvq

“Davitt’s have been fantastic. They have been very supportive of the family since Eimear’s death and are delighted to be on board with this campaign,” he added.

“Football and GAA clubs have such a position at the heart of the community and their audience of particularly young men is vital.

“There are likely to be potential lifesavers amongst their club’s following. Lives will no doubt be saved if more and more people sign up to be a stem cell donor”

You can register as a stem cell donor with charities including Anthony Nolan, DKMS and Giveblood.ie.