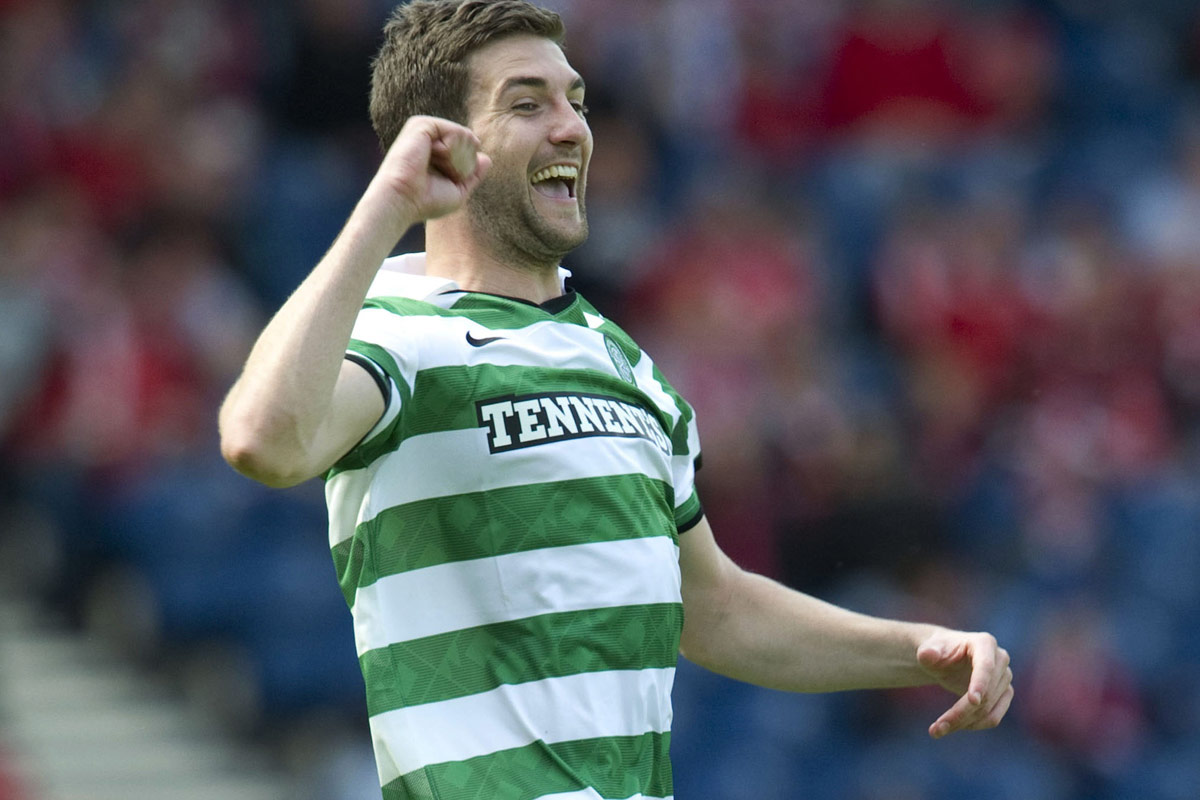 The games are coming thick and fast for Celtic with clashes in the SPL, league cup and Europa League ensuring that they will have had to endure two matches a week since the last international break early this month all the way through to the next one in mid-November.

It has not been an easy time for the Bhoys, or for manager Neil Lennon, and I don’t think there’s anyone who would have argued with the contention that the Celtic manager was 45 minutes away from losing his job when he saw his team go three goals down at Kilmarnock.

Since that traumatic day the Hoops have redeemed themselves somewhat both in Europe and at home with a respectable draw away to French club Rennes followed by a hard-fought but crucial SPL win over Aberdeen a few days later.

Ridiculous defensive lapses in both those matches threatened to derail any otherwise good work the team had put in, which has pretty much been the case for most of this season but after the shambles at Rugby Park an away draw in Europe and a home SPL win was probably as good as they could have hoped for.

In France it was the turn of Cha Du Ri and to a lesser, but still unforgivable extent, Fraser Forster to look as though they were playing Sunday league football as they contrived to hand the home side a goal they never looked like scoring themselves.

Overall it was a decent enough performance given the circumstances and in truth the Celts should have come away with the victory.

Their paltry away win rate in Europe could certainly have done with the boost but having done well to keep themselves in contention and then deservedly equalise through Ledley in the second half it is galling to think that the only thing that prevented them from taking all three points was Cha’s bizarre back pass.

It was to be expected that the home side would turn up the pressure to attempt to record what would have been their first win in the group and they did create a few chances after Ledley’s header.

Forster made up for his aberration with a couple of impressive saves but Cha did nothing to put himself back in the manager’s good books and it was no surprise that Lenny left him out of the starting line-up for the next game.

Much of Celtic’s problems this season are due to the fact that there has been no consistency of selection from the manager, especially in defence, and it has been hard for anyone to bed into a stable back four when they don’t know who they will be partnering.

In the central defensive area Loovens, Mulgrew, Majstorovic and Wilson have all taken turns in a variety of different partnerships but each has been guilty of at least one major gaffe and have found themselves dropped, sometimes hastily so.

Lennon may have been prudent to persevere with who he believes to be his best partnership even if one of them had made a mistake but has he tinkered so much that none of the players, with the possible exception of Mulgrew, has any confidence left in himself.

Mulgrew has both blundered and excelled in recent weeks but against his old club Aberdeen last Sunday he played a captain’s part in hauling his team back from the brink of dropping further SPL points to lead them ultimately to a much-needed victory.

It was all looking so comfortable when Ki opened the scoring after an impressive move in the 17th minute and having had to come from behind so many times in recent games going in front should have been the catalyst for an upsurge in Celtic’s confidence and a few more goals.

Typical of this campaign though the Bhoys failed to build any momentum on the back of Ki’s strike and rarely looked like adding to their one goal lead.

Watching the game the underlying feeling was that at least one further goal would be needed given how unreliable the team are at the back.

When Aberdeen midfielder Ryan Jack danced past a clutch of players to plant the ball past Forster and into the bottom corner of the net that familiar sinking feeling was experienced once again all round Celtic Park and beyond.

Charlie Mulgrew has been a revelation since returning to Celtic and is virtually unrecognisable from the gangly, uncoordinated, ill-disciplined youngster who left the club a few years earlier.

Wearing the armband on Sunday he again found himself in the right place at the right time to save his side’s blushes and just about keep them in the title hunt.

Rangers had earlier impressively disposed of Hearts at Tynecastle so anything less than a victory over the Dons would have been catastrophic for the Hoops.

Whereas the Ibrox club do have some margin for error and can drop points without it being fatal to their hopes Celtic have no such leeway and every game threatens to be the end of their challenge.

If they have seen off Hibs in their league cup quarter-final clash at Easter Road last night the Bhoys will at least have a cup semi-final to look forward to and they will still be in contention in all four of the competitions they entered at the beginning of the season.

They have a far more important game against the same opposition in the Scottish Premier League this Saturday with league points at stake and the ever-present threat hanging over them that they could be one defeat away from league oblivion.

In turn Neil Lennon looks still to be just one bad result away from losing his job.

In truth it’s an unacceptable situation for the club to be in but until serious inroads are made into Rangers’ lead at the top that is how it will stay for the foreseeable future.

Their trip to Pittodrie has the potential to see Ally McCoist’s men drop points before Celtic take the field against Hibs but they are showing a level of consistency just now which the Bhoys are simply unable to match.

All the Celts can do is try to hold on, keep winning and hope that their Glasgow rivals slip up somewhere along the way.

A let-up in the number of injured players packing out the Lennoxtown treatment rooms couldn’t hurt either.