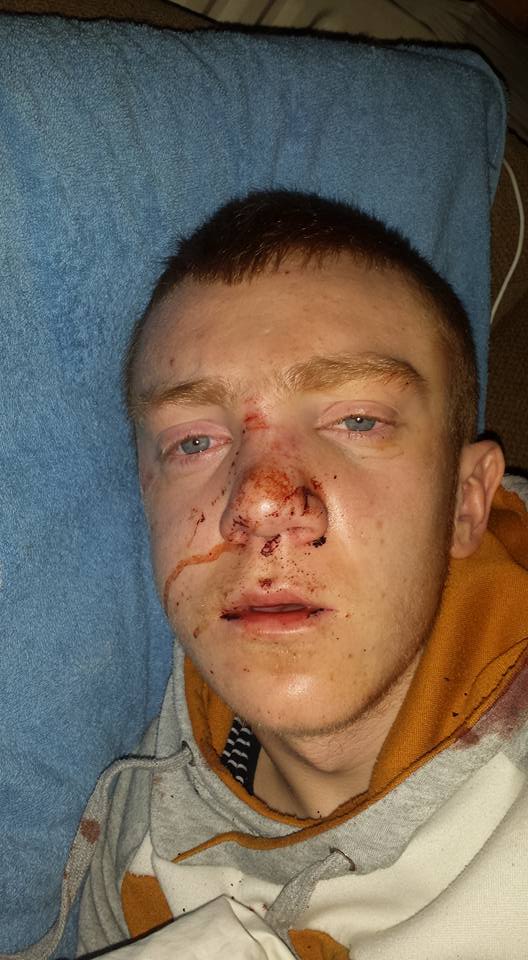 A disabled teenager was viciously beaten by a gang in another attack in the Colin area of Belfast.

A car pulled up beside the the youth and three other young men, including one of the victim’s brothers, at around 2am on Sunday and several men got out and proceeded to attack them. The attack took place at the Michael Ferguson roundabout, around half a mile from the murder of a young man nine days previously.

The victim, Nathan Daly (16), who was unable to flee because he has curvature of the spine, suffered a broken nose and other injuries to his face.

Tensions have been high in the Colin area in the wake of the brutal murder of Christopher Meli (20) in Twinbrook on December 12. It’s believed that the men who carried out the assault questioned the youths about the murder of Mr Meli before launching the attack.

It’s been reported locally that men believed to have connection to dissident republicanism have been touring the Colin area in cars acting as vigilantes in the wake of the Christopher Meli murder.

Chief Inspector Anthony McNally said his officers have been maintaining a high presence in the area in recent days.

“We are committed to keeping people safe,” he said.  “There is, though, a wider social responsibility for all in the area, including civic and community leaders, to assist in reducing tensions and deterring offenders.”

Local Sinn Féin MLA and junior Minister Jennifer McCann, who’s to meet police to discuss the recent violence, said it’s believed the attackers are not from the area.

“This was a vicious attack on two youths, one of whom is a 16-year-old boy who suffers from a disability,” she said.

“The youths were savagely beaten when they were attacked by a gang last night as they were walking back to their home in the Poleglass area.

“I unreservedly condemn this savage attack and call on anyone with any information on this vicious assault to bring it immediately to the police. Tensions have been high in the Colin area this week following the tragic killing of Christopher Meli last weekend.

“This activity is only making a tense situation worse and must stop immediately. No one should be trying to cynically exploit the killing of a young man for their own selfish ends.

“I am calling on any young person or family who have received threats from any quarter to immediately go to the police. They have my support and the support of my party in doing so.

“The PSNI must ensure there is an adequate presence on the ground to prevent any repeat of the despicable attack last night in Poleglass.

“I am calling, too, on people with any influence within the community to show leadership at this time and reject those attempting to raise tensions and create a climate of fear.”