Dunmurry Dippers are in at the deep end this Saturday 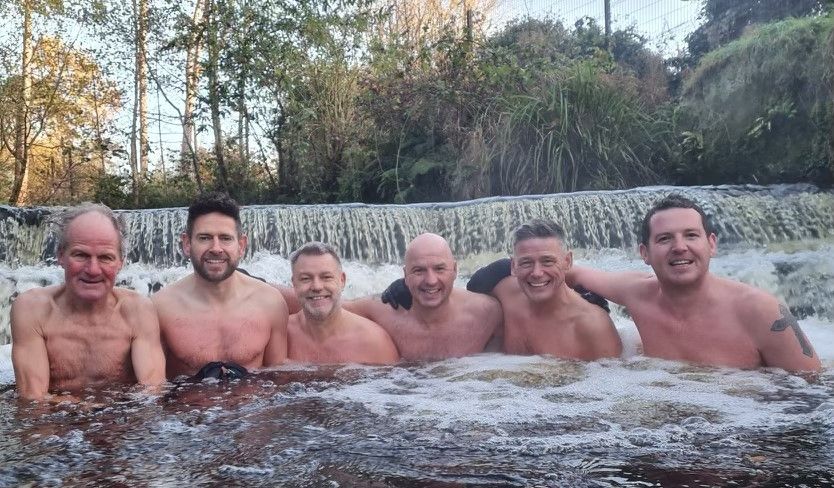 A COURAGEOUS group of cold-water swimmers are set to take their 365th plunge in a row in an icy West Belfast river, as a tribute to the father of one of their members who died from a rare form of brain cancer.

The Dunmurry Dippers are set to complete the task this Saturday. The group have been swimming daily in the Colin River and have raised more than £1,000 in honour of Tom Gilgunn, who died of Glioblastoma in May.

Peter Gilgunn began cold-water swimming after his father Tom was diagnosed with cancer in November 2021. Peter began the fundraiser and has since raised the funds for the Brain Tumour Charity by doing daily early morning swims.

“My dad was a very measured, quietly spoken man but he would have seen it as a great thing to do,” said Peter. "He was always in favour of putting yourself out there and giving things a go.

“I was determined to raise awareness of this terrible disease and hopefully encourage more funding into finding a cure,” he added.

The special celebratory event will take place this Saturday at Colin River at 9am, the club have invited the members of the cold-water swimming community to join them.

Peter also highlighted how the activity has also had the benefit of focusing on men’s mental health, as cold-water swimming is very beneficial both mentally and physically. One of their regular themes the group has is ‘Hugs Friday’ where they all wish each other the best for the week ahead – showing it is okay for men to reach out to each other and show their emotions.

“When I first got into it, I thought it would be very difficult and a real physical and mental challenge, but I didn’t realise that there would be so much camaraderie. The wee group has morphed into a Men’s Shed,” added Peter

The Dunmurry Dipper’s Facebook page has attracted a large following with many of their supporters meeting up and even going for a swim with the group during the early morning dips.

“We are hoping for a great turnout of supporters and friends and family on December 3. It will be a fitting tribute to my dad,” added Peter.

More information about the Dunmurry Dippers and their recent charity challenge can be found at the Facebook page.