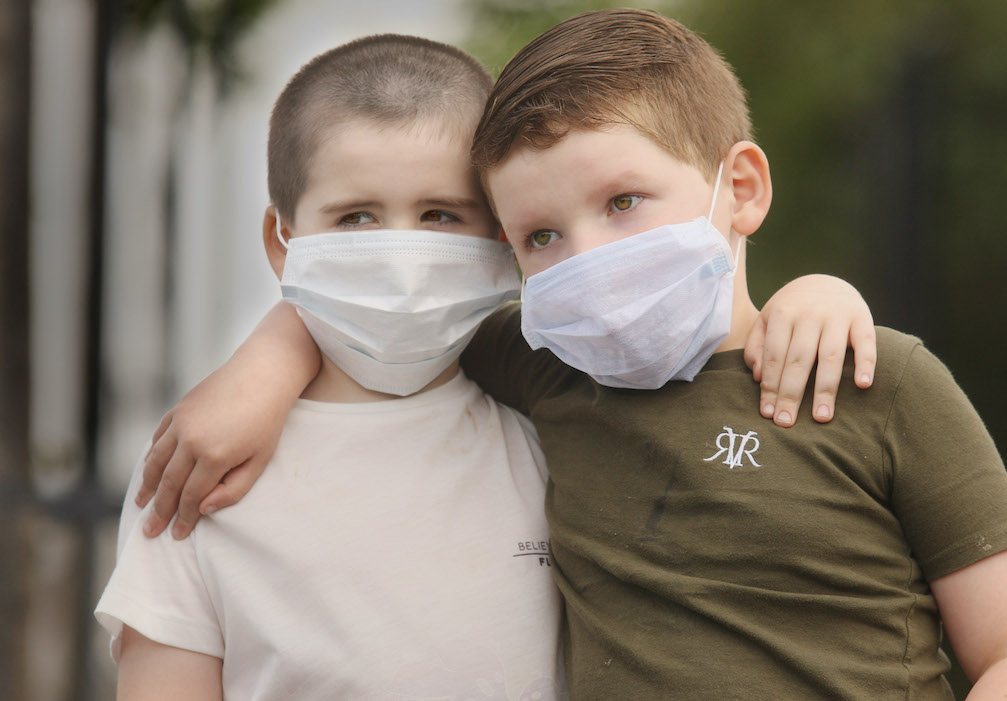 IN THIS TOGETHER: Cousins and buddies Joe and John take a brake from home schooling during the lockdown

MONDAY was a milestone in the Covid crisis, as it was the first time since the first death in Ireland on March 11 that no deaths from the virus were reported on the island. But when the history of the pandemic in Ireland comes to be written, will it have been a positive milestone or a grim one? That’s something we all have the power to influence and the simple truth is we will best ensure that it is a positive milestone by continuing to exercise the discipline and community spirit that has brought us to this place of guarded optimism.

When we welcomed the recent announcement of a careful and phased easing of lockdown, we warned of the danger that the first small signs of a step back to normality could result in a disproportionately large increase in complacency among the public. It’s early days, of course, and we are still on phase one of the easing, but the signs are encouraging that people are continuing to show the a high degree of responsibility.

If a measured attempt to plot a course back towards normality brings a threat of complacency, then the headline news that the death rate is at zero – even for one day – carries an even greater threat. Tuesday’s welcome announcement was able to made precisely because people have continued to do what is required even as it appears that the surge may be beginning to ebb.

The First and deputy First Ministers and their colleagues in the Executive have performed admirably in recent weeks after early signs that the main government parties were struggling to put away their traditional and familiar differences, and they can take some satisfaction from the knowledge that their professional and positive approach has played a large part in the progress that has undoubtedly been achieved of late. While it’s early days, their good work is going a long way to repairing the damage to Stormont’s reputation caused by three years of closure.

That progress has happened because the Executive took a decision – admittedly after some robust debate – that local men and women making local decisions during this crisis was infinitely preferable to a mute acceptance of the guidance and advice coming from the house of chaos that is No.10 Downing Street. The frankly embarrassing charade being acted out daily by this Tory government can have surprised no-one here, even those who are disposed to look kindly on the words and deeds of the British government to whom they owe allegiance. The shambolic series of early missteps that characterised the London response has resulted in an absolutely appalling death toll to which the Prime Minister has reacted by pouring every ounce of his famously limited ability into saving his chief adviser Dominic Cummings after he stuck two fingers up at his own rules.

It’s now feared that packed weekend and bank holiday beaches in England may lead to a disastrous second surge (and if anyone doesn’t share those fears, they should consider that the locations of the two most controversial large sporting events allowed to go ahead – Cheltenham and Liverpool – became today's Covid hotspots). Meanwhile, the images of near-empty beaches in the north of Ireland, Scotland and Wales provided a brutally stark contrast and were proof positive that the exercise of devolved powers to the maximum extent was a wise decision for all three administrations.