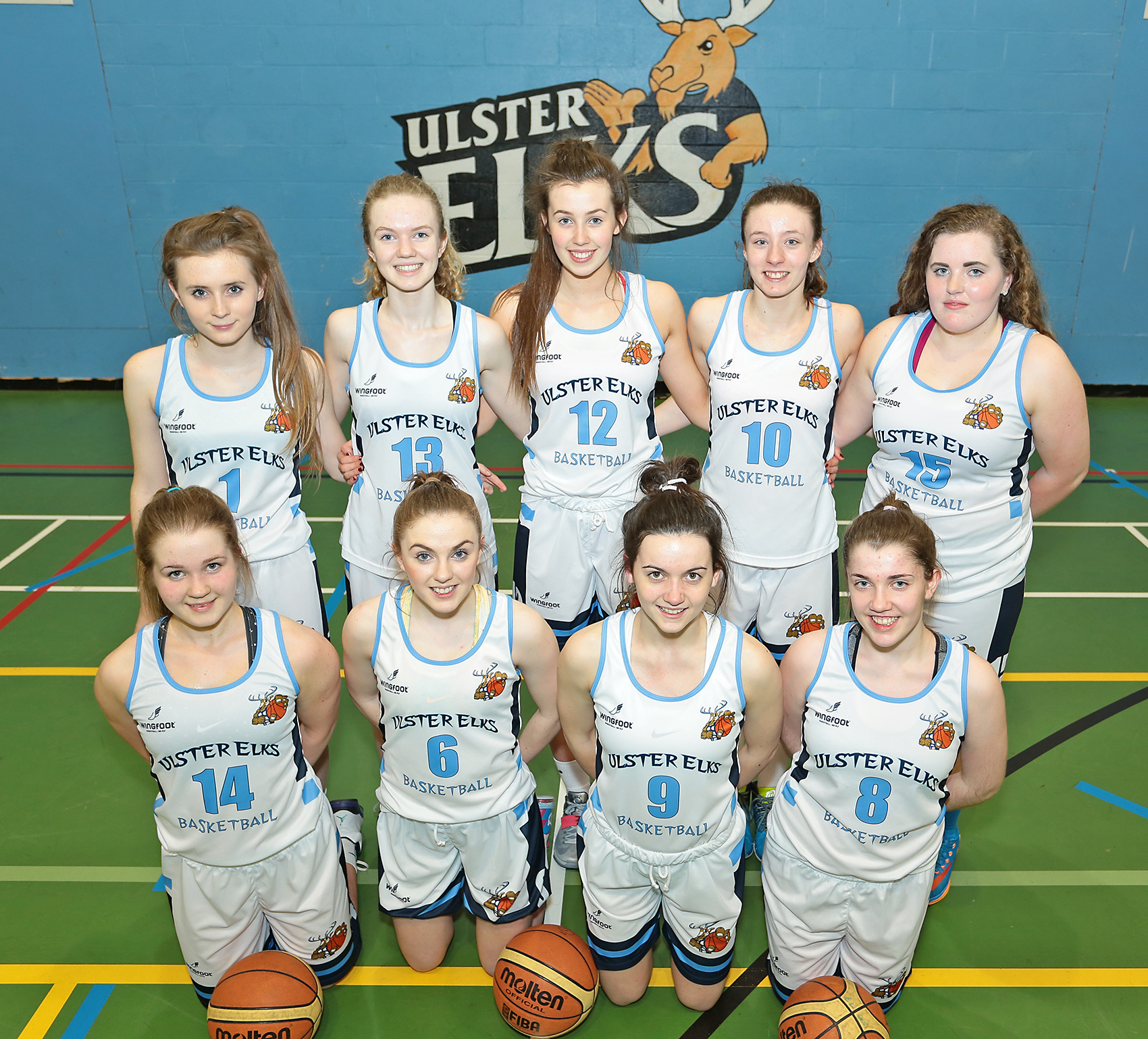 Excitement’s building in the world of local basketball ahead of the appearance of the Jordanstown-based Ulster Elks in the final of the National Shield on Sunday.

It’s a tough ask for Elks U18s who are competing for the coveted trophy with Connacht outfit Moycullen – they beat the Ulster girls in the semi-final of the All-Ireland Championships last year. Add to that the fact that the Galway team have home advantage in the match at the Kingfisher Sports Stadium and the size of the task facing the team becomes apparent.

But the Elks aren’t going to make up the numbers and they’re confident they can cause an upset in what’s an eagerly anticipated game. The Ulster side boasts three Irish internationals in Anna Maguire, Brianna Mulhern and Verity O’Connor and the desire to avenge last year’s painful defeat is driving them on in their preparations for the game.

Having disposed of Killester, Sligo Warriors and St Mary’s Castleisland in impressive fashion on their way to the final, Elks go into the game in a rich vein of form. And a place in the history books awaits if Elks can produce the goods – they’re the first team from Belfast and the first team from Ulster to compete for the U18 National Shield and taking the title home to Belfast would be a huge shot in the arm for Ulster basketball.

Elks point guard Brianna Mulhern knows the size of the task facing her team – Moycullen also have three Irish internationals in their line-up and know what victory tastes like.

“Moycullen are holders of two national titles and titles are not won easily,” she said. “We know they will fill the stands with noisy supporters but we intend to soak up the atmosphere and revel in playing in a game of this magnitude. I was lucky enough to be part of the St Genevieve’s team that won an U19 title last year in overtime and I know that experience will stand me. We have trained hard all year and we hope to reap the benefits on Sunday.”

The game will be streamed live on www.basketballireland.ie/ and highlights will be shown on TG4. Tip-off is at 10am.