Eskander wants another chance of life 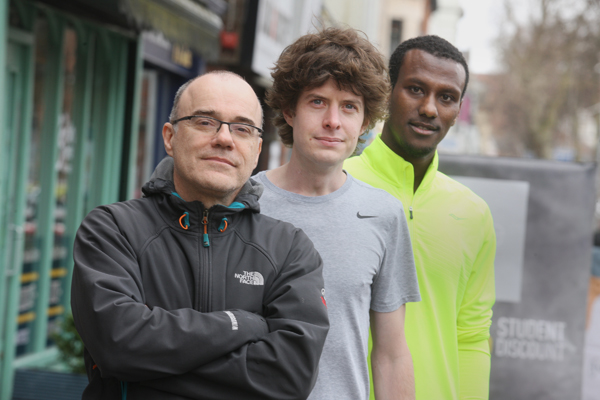 ESKANDER Turki ran for an hour in total darkness the night the military burned down his family home. His mother had told him to run to her brother’s house to find refuge: the military had already come in the night and killed his father and his brother, and he was likely to be in similar danger. That night, the military forced his mother to sign over ownership of their family farm to the state.

Eskander had been imprisoned for four months in an underground prison in Ethiopia without his family’s knowledge, almost one hundred miles away from their farmstead in Dima. Dima is in the Ethiopian regional state of Oromia, the homeland of the Oromo people: a large minority ethnic group who have been subject to political oppression, cultural suppression and the victims of internment and state violence. He had been taking part in a student protest at the technical college where he was studying electrical engineering, carrying a placard that read Stop Killing Oromo People, when the military arrived and opened fire on the protest group. Between forty and fifty of the students were arrested and taken to a military camp. From there, he was sent to the underground prison where he was beaten with sticks, cut with knives and tortured with hot metal bars. His body is still marked with the scars from this torture. All of this happened in 2010, and the following year, after he’d lived in hiding with his uncle for five months, his mother sold her possessions to raise funds for Eskander to escape Ethiopia to the relative safety of South Sudan.

In April 2011 he left Ethiopia. This was only the beginning of a decade of turmoil that saw the teenage college student progress through his twenties working for two years without pay on a building site in Sudan, imprisoned in Libya by people smugglers, crossing the Mediterranean in a plastic dinghy, being subjected to a brutal assault by a group of men in Italy, living in a bus station near Milan and spending time in Direct Provision in Monaghan before finally boarding a bus to seek a new life of safety in Belfast in April 2019. He claimed asylum, but refugee status and the stability that comes with it has not yet been granted.

All of this was written in a statement he’d made for the Home Office through an interpreter. It will form part of his application to be granted five years leave to remain. He sat in silence as I read it all in a coffee shop on the Ormeau Road along with our running coach at Annadale Striders, Michael McKnight. We had gotten to know Eskander well in the preceding year and his positivity and enthusiasm for running had won us over. The scale of the horror he’d been through was until then unknown to us. After he arrived in Ireland, a doctor in the south suggested that running would be a good way of helping to manage the trauma of his experiences, and he was a natural.

He was a natural and he stepped up his training while living in Monaghan, winning many races, and the medals and trophies he won adorn his bedside table in his small room in Stranmillis, along with newspaper cuttings about his athletic achievements. His dedication to running is unwavering, and to those who know his story his successes have been inspirational. He has been on the podium of many road races in the north, including the Laganside 10k and the Armagh International 3k, and has matched the course record time at Ormeau Parkrun. The week after he matched the record, dragging me along with him to a personal best of under sixteen minutes, the two of us returned and he was treated like a celebrity: I was approached by several people excitedly asking “do you think Eskander can break the record this time?”

For all his talent on the road, it’s cross-country racing where he really shines. At the McConnell Shield race in Ballyclare, one of the north’s oldest and most prestigious races, he put in a stellar performance against some of our best runners. When I crossed the line at that race, Paul Lawther, an original Annadale Strider, and a one-time NI record holder at every distance from 800m to 10,000m, immediately said to me with sheer delight: “Did you see what Eskander just did?” He had put a ten second gap on the field in the last four hundred metres, beating two Northern Ireland international athletes. Recently, he finished in second place overall at the prestigious NI and Ulster Senior Cross- Country Championship.

It would appear that this is barely scraping the surface of his potential. Michael McKnight has talked with Athletics NI officials about Eskander’s talents and the international representation that could easily follow. Eskander himself dreams of running for Ireland at the European Cross-Country Championships.

“I want to make a story for Belfast, for athletics and for Ireland,” he told me.

For any of that to happen he needs to negotiate the difficult process of gaining refugee status. He often jokes with me that next year he’s “going to Kenya to train with (marathon world record holder and Olympic gold medallist) Eliud Kipchoge”, but when it comes down to it he says that what he really wants is “independence and safety, to be free from distress and to be able to breathe in peace again”.

Eskander’s gentle manner belies the deep effects of the events of the last decade, of the toll they have taken on his body and mind. He tells me that he continues to require medication to manage the effects of the trauma, to cope with depression and to allow him to sleep. He feels that this is his last chance to make a life for himself; he is committed to studying several days each week in Belfast Met, developing his spoken and written English. He tells me that he cherishes his friends and the sense of community he has found in Belfast, that he has been accepted to continue with his study of electrical engineering that was ended abruptly at the time of his imprisonment, but it depends on the Home Office’s decision. He tells me with increasing desperation that he hopes the Home Office will give him another chance at life. 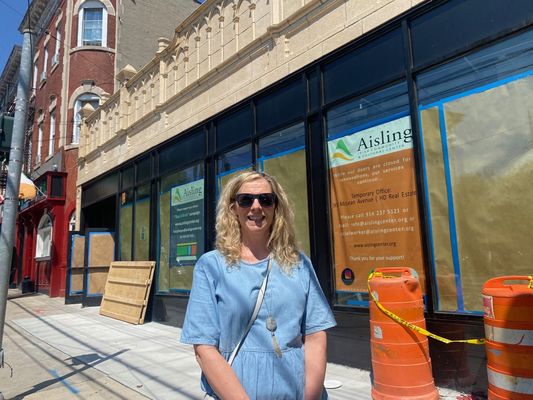 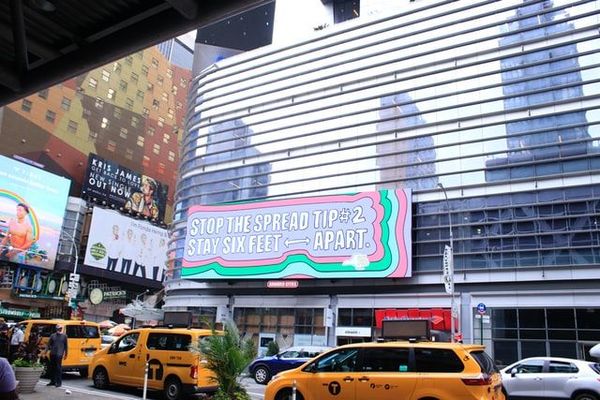 After the deluge, rebuilding work kicks off at Big Irish Campfire in New York this Friday 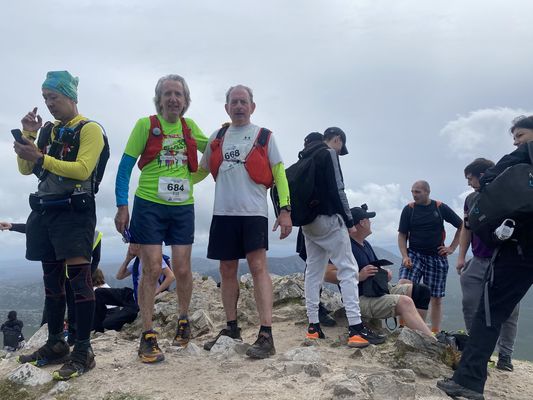