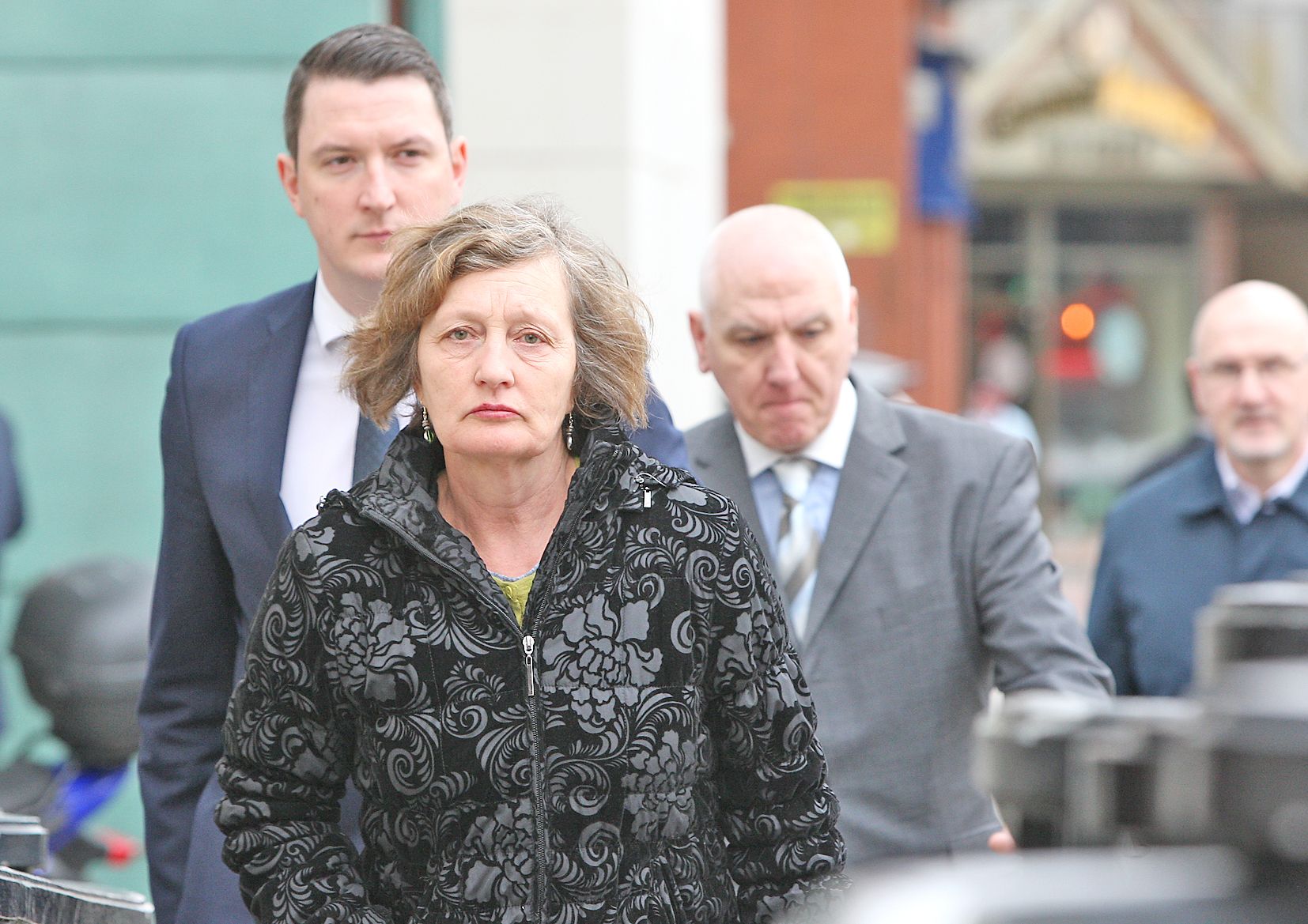 TOGETHER: Geraldine Finucane and her son John, who is the MP for North Belfast

The body which supervises how member states comply with the judgements of the European Court of Human Rights, has expressed their “deep concern” that the UK government has not reacted to a judgement by the UK Supreme Court last year which found that there had not been an investigation into the murder of Belfast solicitor Pat Finucane.

The human rights lawyer was shot dead by loyalist gunmen working in collusion with the British state in front of his wife and children at their North Belfast home in February 1989.

In February last year the Supreme Court in London ruled that the official investigation into the murder of 39-year-old Mr Finucane was ineffective and failed to meet the standards required under human rights law.

In December 2012 British Prime Minister David Cameron admitted to “shocking levels of collusion” in the murder after the publication of the de Silva report.

Today the Committee of Ministers of the Council of Europe, which comprises of Foreign Affairs Ministers of member states, released their decision on the Finucane case as well as other legacy issues after a meeting held between 1-3 September.

Ireland welcomes the decision issued by the @coe Committee of Ministers in Strasbourg in relation to a number of Northern Ireland legacy cases, including the case of Pat Finucane.

Solicitor for the Finucane family, Peter Madden, said: “It is a highly unusual step for the Committee of Ministers to directly rebuke the British government for failing to take action in light of the Supreme Court judgment eighteen months ago.

“Successive secretaries of state have prevaricated and delayed their decision on whether to hold a public inquiry into Pat’s murder, which is the only manner in which the government can lawfully discharge its obligations under the Convention.

“Geraldine Finucane is now challenging that delay at a hearing in the High Court on 9 October.”

In their decision the Committee expressed its “deep concern that a decision has still not been made on how to react to the Supreme Court judgment and underlined that it is urgent that the authorities take such a decision without further delay”.

Simon Coveney, the Irish Minister for Foreign Affairs, said that since the UK Supreme Court judgement 18 months ago that the Committee has twice asked the UK government to submit “concrete information on how they intend to conduct an Article 2-compliant investigation into Mr Finucane’s death”.

“To date, 18 months later, the UK Government has still not complied with the commitments it gave the Committee, and the applicant, Mrs Geraldine Finucane. This is profoundly concerning.”