Finaghy man to light up the Lyric 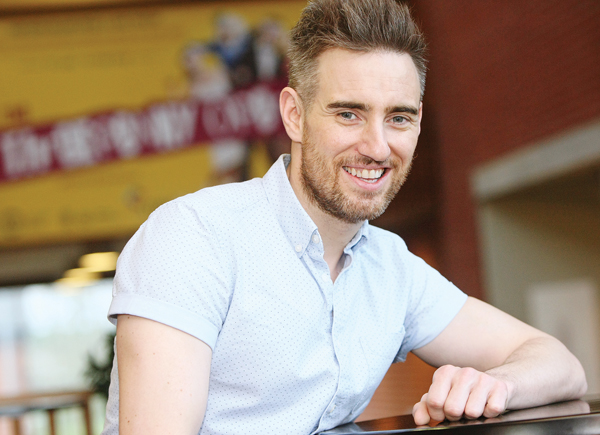 A FORMER De La Salle College pupil who is a leading light on the West End stage has come home to tread the boards at the Lyric Theatre.
Finaghy’s Mark Dugdale will head the cast of The Threepenny Opera, the first in a series of productions to mark the theatre’s 50th year.
In between rehearsals Mark, who has appeared in Jesus Christ Superstar, Jersey Boys, Les Misérables, and even learned to play bass for the character of Derek Scully in The Commitments, told Daily Belfast that he was delighted to be back on home soil.
“I play Macheath, ‘Mackie’ or ‘Mack the Knife’ from the famous song. A gangster, addict and all round bad ‘un in the play who marries Polly Peachum much to the displeasure of her father who basically controls all of the beggars in London and who makes it his mission to have Macheath hanged.
“It sounds serious but the play is all about double dealings, double crossings and Macheath being the scoundrel he is won’t give up without a fight,” he said. “The play is trying to hold up a mirror to society, in this production every character is up to something.”
Mark, who studied Drama at St Genevieve’s High School during Sixth Year went on to hone his craft at Guildford School of Acting before getting his big break with a part in the West End production of Joseph and His Technicolor Dreamcoat.
“It really has been great, The Commitments was the big one for me and it was amazing to work with Roddy Doyle on it as we were the first cast to bring it to life on the stage. I’ve been so lucky with the shows I’ve been in.”
Mark spoke of how a career in theatre and the audition circuit can be a tough one. “Basically if you know what you want to do, that you have that level of focus then do it – go for it. You have to have that level of focus; if you’re watery about it it won’t happen, that’s the thing. There is massive talent here in Belfast, in Ireland, it would be great to see a good training school here in Belfast as people have to travel down south or to England for their training. I should come back and open a school,” he laughed.
“Everything about Threepenny is really working together brilliantly, the cast is fantastic and we have Kerri Quinn and Jayne Wisener starring as well. I can’t wait to perform with them and show the audience what it’s all about.”

The Threepenny Opera will be performed from January 27 until February 10. For more ticket information telephone The Lyric on 02890 381081 or visit www.lyrictheatre.co.uk