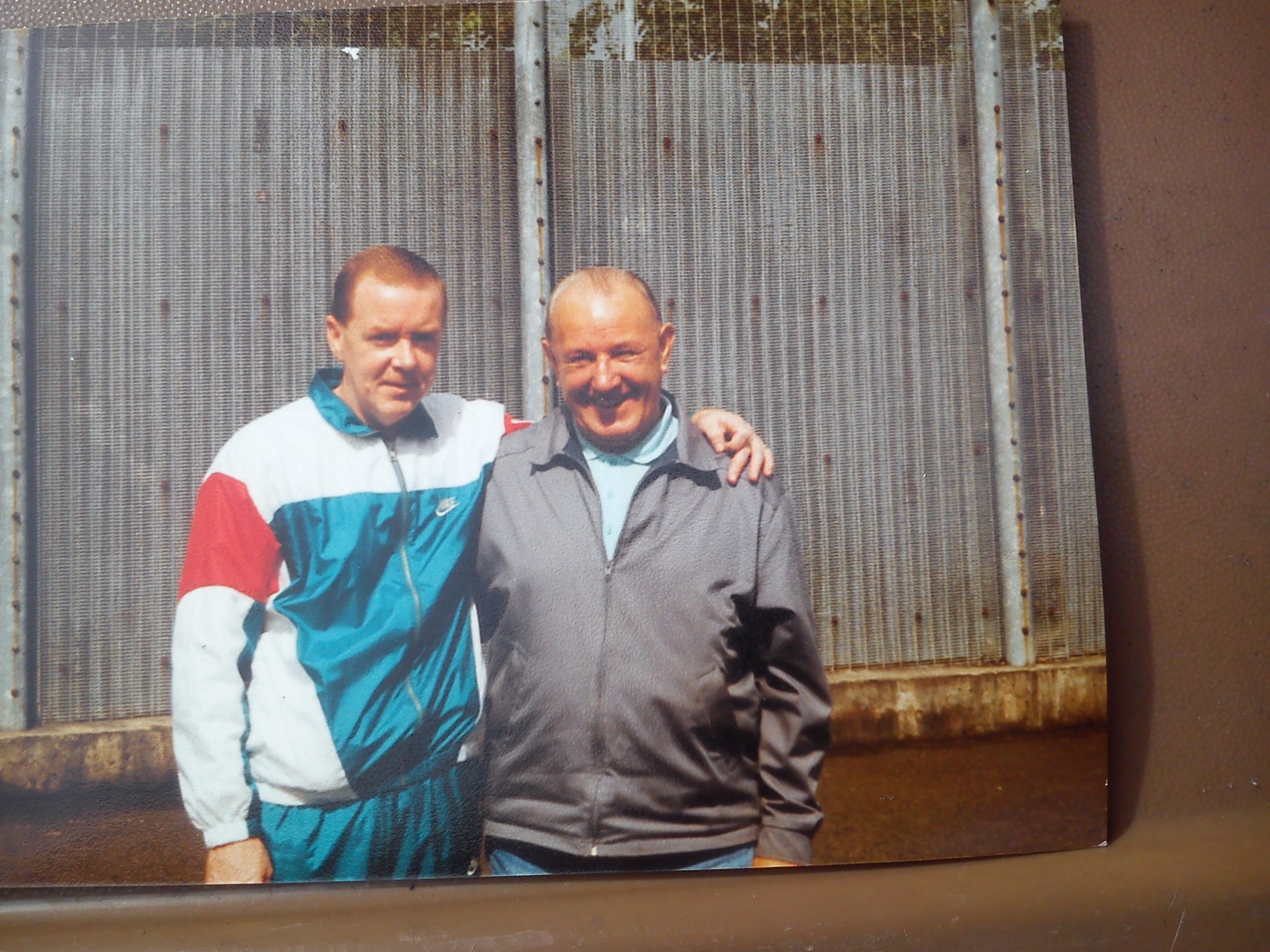 John Thomas (left) pictured on his release from the H-Blocks around 1991 with Adler Gorman. (Picture courtesy of Brian Quinn)

A WELL-KNOWN former blanketman has been laid to rest following his sudden death from Covid-19.

John Thomas (JT), who was originally from Sailortown but lived in the New Lodge area, died last Tuesday evening (April 7) in the Mater Hospital as a result of Covid-19 aspiration pneumonia.

On Friday morning, locals lined the New Lodge Road and applauded to pay respect to the 73-year-old, with the funeral private due to Covid-19 restrictions. (See Facebook post below). He was laid to rest at Carnmoney Cemetery.

A well-known republican, Mr Thomas spent over 16 years in prison, including five as a blanket man before he was released in 1992.

The former POW was born in Birmingham but his family moved back to Belfast when he was two and he grew up in the Sailortown area. JT was one of a family of five children born to Joe and May Thomas (nee McGranaghan).

His mother had a strong nationalist streak and indeed supported her son throughout his involvement in the struggle.

JT had no early political inclinations and after leaving school started work as a commis chef in the Midland Hotel on York Street. He then witnessed what was happening in his community and joined the IRA.

After the introduction of internment in August 1971, JT lived a life of avoiding capture and being involved in IRA operations on a daily basis. He was to stay active until November 1972 when he was captured in the New Lodge and brought to Palace Barracks, Holywood.

Released in March/April 1975 as internment was coming to an end, JT went back to active service on a 24-hours-a-day basis. He would have only 12 months of freedom before ending back in jail. JT was captured in March 1976, three weeks after the ending of political status, and charged with possession of mortars. He was sentenced to ten years

Back in ‘The Crum’ again, JT would begin what would be over seven years of protest and struggle against the prison regime.

With the ending of political status, republican prisoners in ‘The Crum’ found themselves put in cells along with loyalists. JT became O/C of the IRA remand prisoners and a battle a day started with the jail authorities. After being sentenced, JT went to the blocks and immediately on to the protest.

When the protests failed to shift the British Government, the prisoners took up the last resort and the hunger strikes began with JT sharing the wing with hunger strikers Joe McDonnell and Raymond McCreesh.

With the ending of the protests after the deaths of the hunger strikers, the POWs were eventually granted political status in all but name.

On Sunday, 25 September, 38 republican POWs escaped from the jail after the IRA had taken over H7. JT was on the block but didn’t go on the escape for an obvious reason: he was due to be released the next day. He was released the next day but immediately arrested by the RUC and interrogated at Castlereagh for three days before being eventually released.

This time, JT’s spell outside the confines of a prison cell was to last nearly three years before he would find himself on the way back to a very different type of system in the H-Blocks.

JT was lifted with Martin Meehan and Short Strand republican Kevin McGuigan in 1986. His daughter was just three months old at the time and he was eventually sentenced to 12 years on a charge of abducting a British soldier.

He was eventually released in 1992 and in recent years had become a passionate supporter of regeneration in Sailortown.