Fr Stephen Rooney's funeral to take place in US today 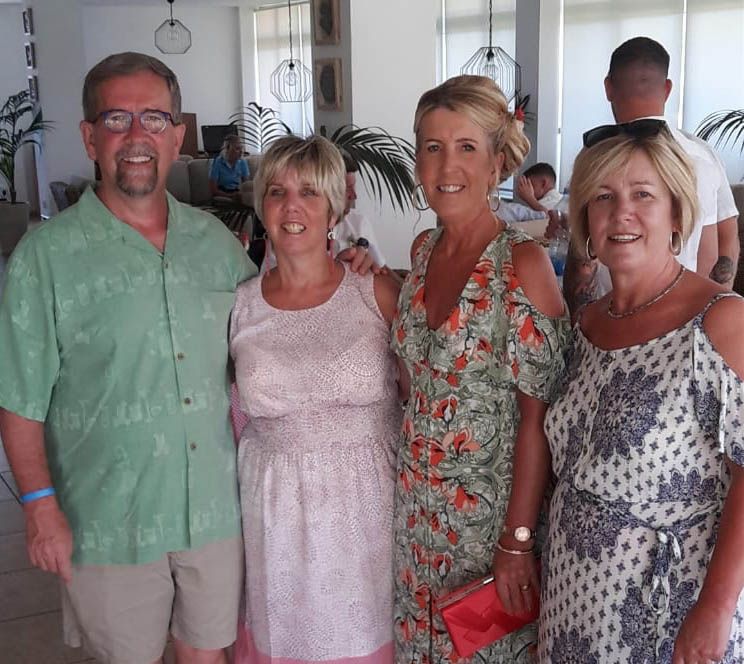 TOGETHER: Fr Stephen Rooney with sisters Paula, Dolores and Bernadette

THE funeral of Belfast-born priest Fr Stephen Rooney, who died in a boating accident, will take place today (Wednesday) in the USA.

The 66-year-old Short Strand native died when the boat he was a passenger on capsized after hitting a rock on the Detroit river on August 16.

Fr Rooney was travelling with parishioner Rob Chiles (52) who was also killed. Twelve other people on the boat, including children were rescued.

His Funeral Mass will be celebrated at St Frances Cabrini Church, Allen Park, Michigan at 9.30pm Irish time on Wednesday.

It will be streamed live on the Bacarella Funeral Home website, with the stream starting at 9.15pm.

Brought up in Anderson Street in Ballymacarrett, Fr Stephen was a much-loved figure in the Short Strand and said Mass at St Matthew's church for parishioners during his frequent visits home from his Michigan base.

Fr Rooney spent time at Holy Cross Church in Ardoyne, before joining the Redemptorists at Clonard Monastery in West Belfast for three years in the mid-1970s.

He was later ordained as a Cistercian. He said Mass in both Portlaoise and the H-Block prisons when his brothers were republican prisoners there.

In recent years, Fr Stephen returned home to celebrate a memorial mass for both his parents. Over the years, he had also officiated at many wider family weddings.

Last week vigils were held in Short Strand for Fr Stephen and to show support for his family.

"The people of the area were very proud of one of their own having become a priest and felt real ownership of him and of his achievements," said brother Pilib last week. "In turn, Stephen never forgot where he was from and was very proud of his roots."