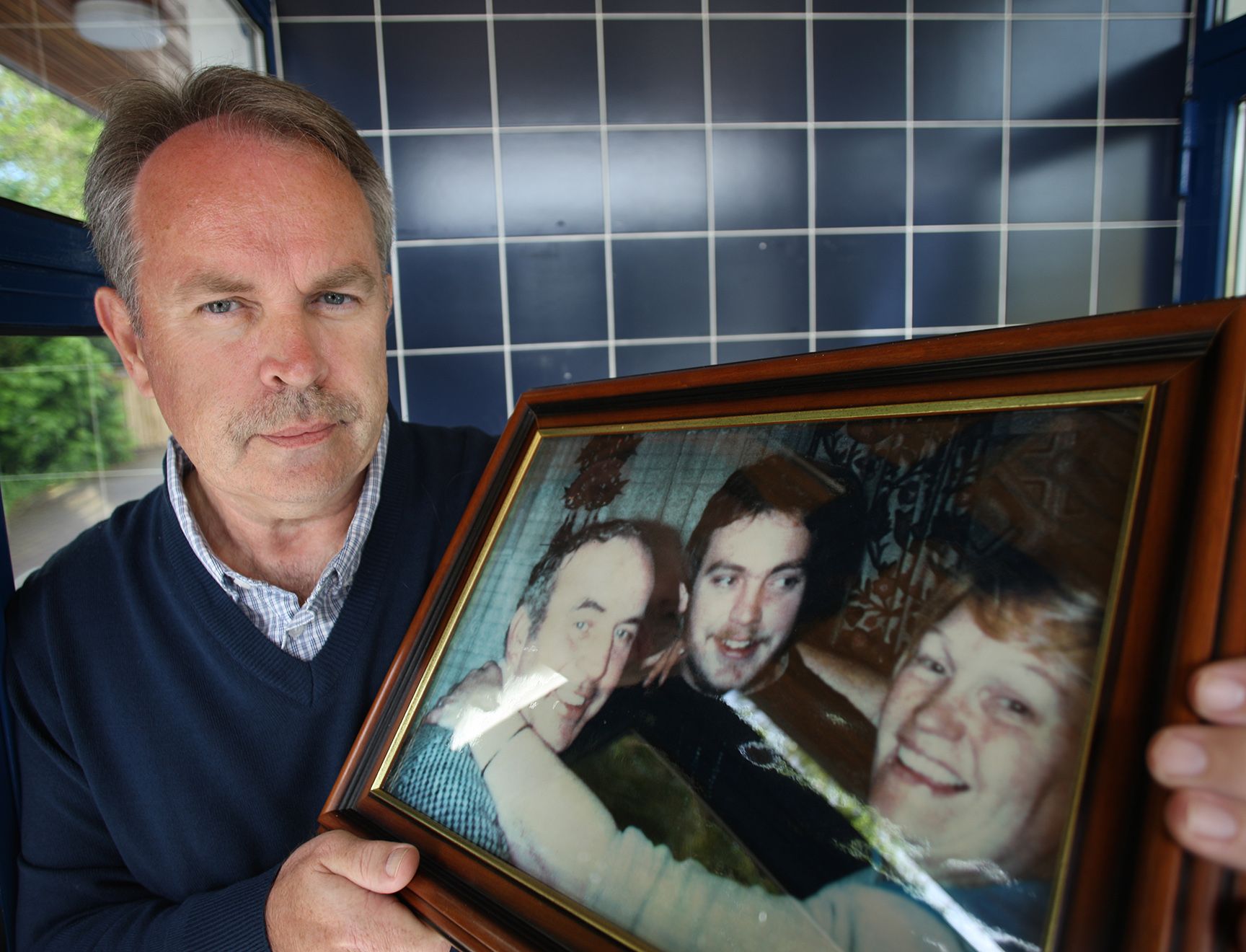 FORTY YEARS ON: Gerard Toner, brother of Francis, who was shot dead by loyalists

A PLAQUE is to be unveiled this weekend to commemorate the 40th anniversary of the brutal murder of a West Belfast man on the Antrim Road.

Francis Toner (26), a father-of-four, was in his brother-in-law's fruit shop, Devine's on the Antrim Road, when two UVF gunmen walked into the shop and shot him at close range in the neck and chest.

The shop owner and an assistant were also in the shop and were wounded in the attack at 9.30am on Wednesday, May 12, 1982.

Francis, who was known as Frankie and from Ballymurphy Drive, had just completed a regular run to a Belfast fruit market and unloaded the van in front of the shop.

He was pronounced dead upon arrival at the Mater Hospital.

Forty years on, local businessman Dougie Adams, has helped arrange a plaque in memory of Frankie which will be unveiled at the scene of the atrocity, which is now Pizza Guyz on the Antrim Road. It will be unveiled on Saturday at midday.

Frankie’s brother, Gerard said: “It has been 40 years but it feels like just yesterday.

“The plaque is a nice gesture. Some of his friends will be there on Saturday.

“Nobody has ever been prosecuted. When he was younger, he was always getting arrested and getting tortured. On one occasion, his body as drawn on with permanent marker.

“I have driven past the place countless times and have only ever been in once. I still find it so hard because I know what happened to my brother there.”

Brian Quinn, who worked in a cleaners nearby, recalled his memories of Frankie.

“Frankie was a hard worker. He was always up early in the mornings. He was probably out from about 4am. He drove the lorry to the market and then back to the fruit shop.

“On the day, I remember the gunmen running out of the shop. I tried to tackle them but they made their escape past the Waterworks and back to the Shankill.

“I remember seeing Frankie lying behind the counter. When the ambulance came, they put Frankie in the bed. I just knew he was already dead.”