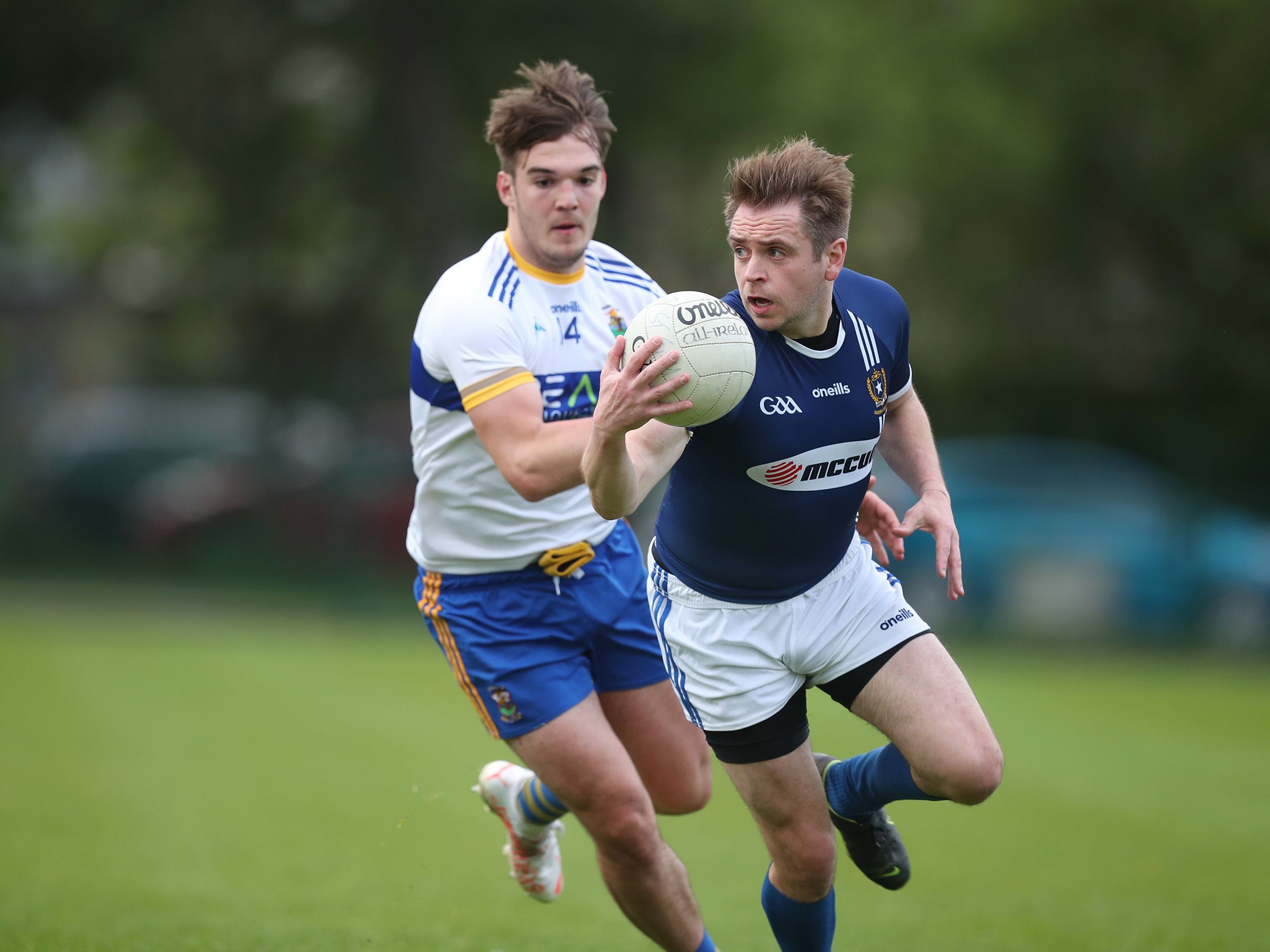 GORT na Móna will look to claim their first points of the season when they host Naomh Éanna in Division One of the Antrim Football Leagues on Sunday.

The Turf Lodge side has lost out to Tír na nÓg and Ahoghill so far, but Sunday marks their first game on home soil and they will aim to make it count against a Naomh Éanna side that is fresh from its midweek win over St Brigid's at Hightown.

The Biddies return to Musgrave Park on Sunday as they host St Gall's who are also on two points from their opening three fixtures.

Lámh Dhearg snatched a last-gasp draw at home to Rossa on Wednesday and the Red Hands are on the road this weekend as they visit county champions Creggan who claimed the bragging rights and points at Cargin during the week.

This will be an intriguing contest with both teams having their county players available and the Hannahstown side will hope to score their first win having drawn their opening two games.

Rossa host last year's county finalists, Aghagallon, looking to get back on the winning trail after Wednesday's draw and a previous one-point reverse to St Gall's after their opening day win, while there is a South-West derby at Randalstown at Tír na nÓg host Ahoghill.

In Division Two, both Ardoyne and Sarsfield's will bid to claim their first points of the year having lost all their games so far and they will meet at The Cricky where both will hope to get their season up and running.

League leaders St Paul's are yet to taste defeat and they have home advantage against All saints, Ballymena, while second place Moneyglass host Rasharkin.

Davitt's have had a very positive start to the year and they welcome Glenavy, fresh from Wednesday's three-point win over neighbours Aldergrove, to West Belfast, while St Teresa's are on the road to Dunloy hoping to bounce back from their midweek defeat to St Paul's.

The remaining fixture in the division takes place in Crumlin where Aldergrove will aim to bounce back from that defeat to their local rivals with Glenravel the visitors.

St Comgall's have won four from four in Division Three and they are in Belfast for a meeting with St Gall's III.

Pearse's were the latest team to fall to the Antrim town outfit and they cross the city to meet an Éire Óg side that has enjoyed a much better start to the season.

Both O'Donnell's and St Patrick's, Lisburn sit on six points with the St James' club having played a game less and they meet at McRory Park in a game that can put a little daylight between the teams in the standings.

Laochra Loch Lao are rooted to the bottom of the table without a point so far and they make the trip to Greencastle to face a Wolfe Tone's side that is seeking to get back on the winning trail after defeat to St Malachy's in the week. The Market club is on the move as they head to Woodlands to meet St Agnes'.