Public consultation: Last chance to have your say on new Gaelscoil Éanna 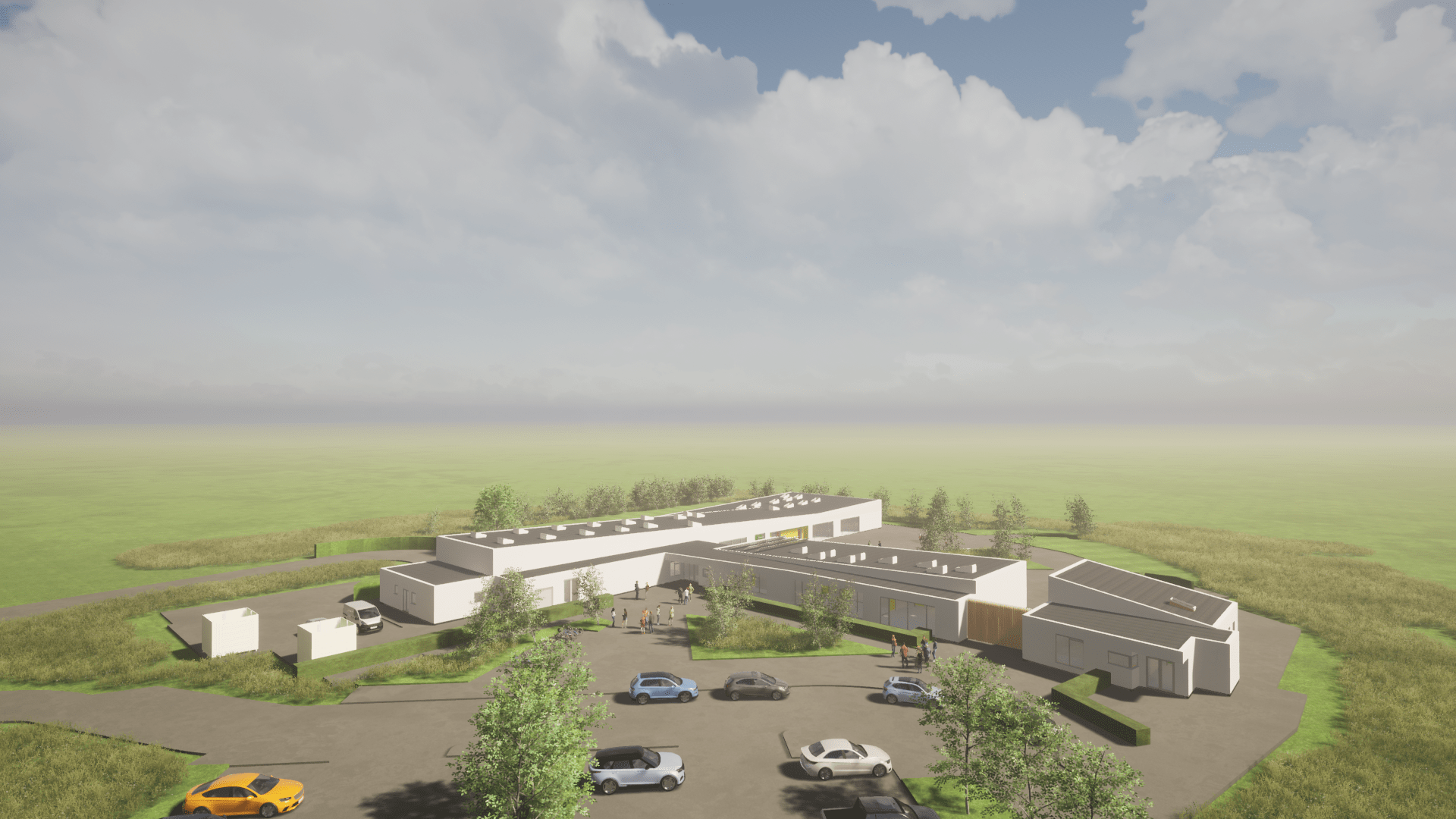 PLANS: An artist's impression of the new build plans for Gaelscoil Éanna in Glengormley

THE public are being invited to have their say in a community consultation over a building proposal for a new Irish medium primary school and nursery unit in Glengormley.

Antrim and Newtownabbey Borough Council has received a Proposal of Application Notice (PAN) for the Gaelscoil Éanna construction project at Hightown Road.

Gaelscoil Éanna opened in September 2007 with a primary one class of 12.

Gaelscoil and Naíscoil Éanna is seeking to deliver a new seven-classroom primary school and nursery unit to replace the existing school on the Hightown Road.

The proposed site presently consists of an agricultural field. The proposed school and nursery building is proposed to be located to the west of the St Enda’s GAC pitch and sports hall development.

Access is proposed to be taken via the existing road to Hightown Road, which is proposed to be extended to the school site.  Car parking will be provided, including disabled spaces, along with a set down/pick-up circulation area and a bus parking space.

The school says that the promotion of Irish medium education and the language has been a “long valued tradition” at St Enda’s “inspired by that of a previous President of Naomh Éanna CLG who taught Irish in the seventies and eighties in the boiler room of the clubhouse”.

Gaelscoil Éanna says it is “committed to developing a high standard of education through the medium of Irish”.

“Our primary objective ensures the holistic development of children through an education which nurtures their self-confidence and identity and which is based on the Irish language and culture, music, sport and drama. Irish is the working language of the school and the language of instruction.”

The ‘Online Public Consultation Exhibit will be available on the school’s website until August 31.