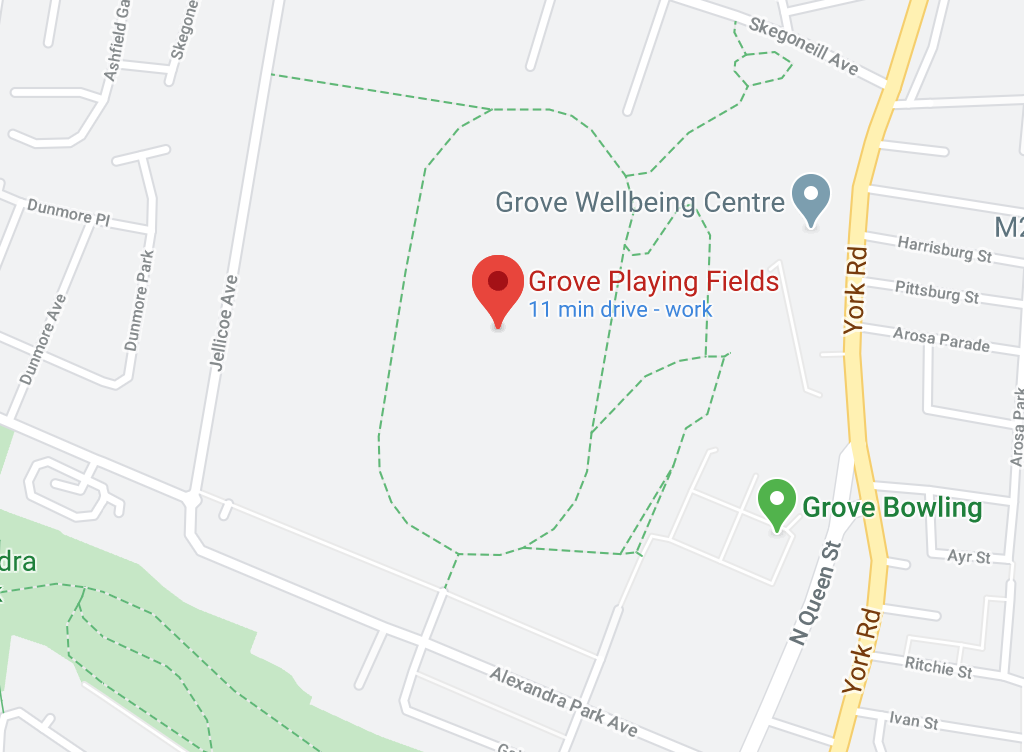 INTERFACE: Grove Playing Fields is situated on the interface between the nationalist and unionist communities of North Belfast

A banner erected overnight at Grove Playing Fields with the slogan, 'Anti British GAA Not Welcome' has been removed by Belfast City Council.

I’m going to leave this with the ones from my community who put this banner up #NoPlaceforHate pic.twitter.com/yEHrp2uChW

Cllr JJ Magee of Sinn Féin, who reported the banner to the Council, welcomed the removal and said those responsible were trying to whip up sectarian tensions.

"The people behind this hate banner are trying to intimidate park users," he said, "but we will ensure that they do not succeed in driving a wedge between ordinary people. Our parks must remain open for all, regardless of their religion, their colour or the sport they play or follow."

The banner was erected, say unionist sources, in response to families using the park playing Gaelic football kick about and sporting GAA tops. "There is a small, ugly minority in the area who want to carve out what they see as Protestant territory. They are like dogs pissing on lamp posts but the reality is that they represent only an insignificant number of hotheads here."

The display of the banner was also condemned by North Belfast MP John Finucane and  SDLP councillor and deputy Lord Mayor Paul McCusker. "The small minority behind this don't speak for anyone," Tweeted the deputy Lord Mayor.

Sinn Féin MLA Gerry Kelly said the gang behind the graffiti and banner had also targeted a local family.

“A nearby home was targeted with sectarian and paramilitary slogans painted on the house," he said.

"The family car was also damaged in this attack. "This is a clear attempt by sinister and cowardly elements to stroke up sectarian tension in our community. "This ongoing intimidation campaign against local nationalist residents must end immediately."The North Belfast MLA called on “all political parties to unite in their condemnation of this cowardly activity.

"We must collectively work to build an inclusive and respectful society, free from sectarianism and bigotry.”