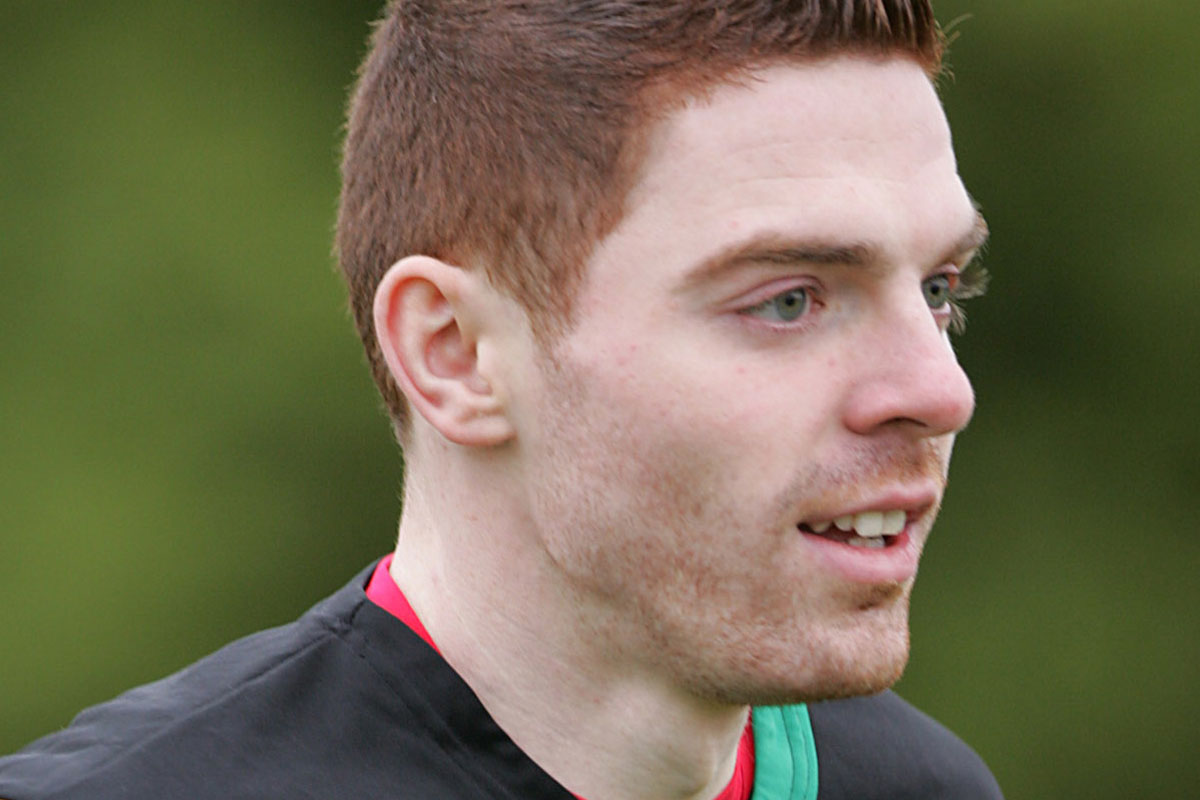 After gaining promotion in their first season, Hibernians got off to a good start in Division 2 with a well-deserved point away to new club Belfast City.

City opened the scoring early on to go 1 up but Hibs equalised through a cracking volley from Joe McLaughlin (below left).

A scrappy first half continued and it was City who went 2-1 up just before the half time interval, capitalising as Hibs were caught napping as City took a quick corner resulting in a well headed goal.

After the interval, Hibs looked more focused and were soon on level terms when Joe McLaughlin lobbed the City goalkeeper after being fed through the middle of City’s defence, 2-2.

Hibs continued to rattle City and were awarded a penalty which Pearse Donnelly slotted home well to put Hibs 2-3 up and seemingly in control.

Fair play to City, they didn’t let their heads drop and scored two goals in quick succession to go 4-3 in front but unfortunately for them, Hibs’ persevered and got another penalty when a Belfast City defender cleared a shot off his line with his hands.

Joe McLaughlin stepped up and fired the penalty home in the dying minutes to complete his hat trick and secure a well-deserved point for the Hibs.

Man of the match: Joe McLaughlin