Hydebank: Drugs are easier to get inside teenagers’ jail than outside 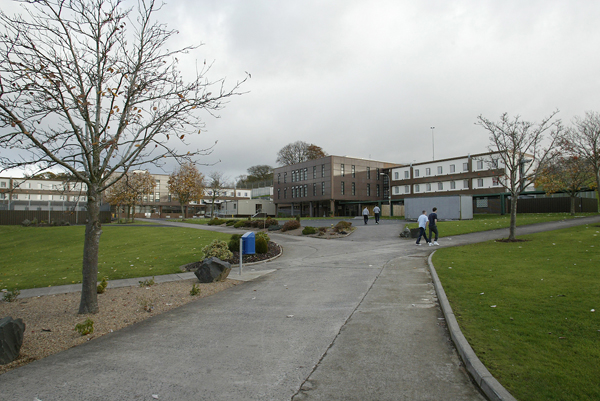 THE BAD batch of drugs that caused a major medical emergency at Hydebank Young Offenders centre was smuggled in via Kinder Surprise toy containers and condoms, the North Belfast News has learned.
The incident, which saw four prisoners taken to hospital and a further 10 treated at the prison, took place on Friday night after inmates took pregabalin, a common drug used to combat epilepsy, pain and anxiety.
It is easily available and so widely used recreationally by young people in the north and is known as ‘Bud’ or ‘Budweisers’ because it gives the user a sense of drunkenness. It is most commonly seen under the brand name ‘Lyrica’.
And we understand there is anger amongst families as relatives of prisoners over the age of 18s weren’t informed about the prison emergency.
The level of drug abuse within the jail is out of control, according to a Prison Service source who told the North Belfast News how the drugs were being smuggled in.
“They are putting the drugs in the wee Kinder Egg toy containers you get inside the chocolate and then putting them in condoms before hiding them in a body cavity,” our source told us.
“It’s easier to get drugs inside prison than outside. It’s no surprise that so many took ill because really it was only a matter of time before a bad batch arrived in the place.”
A Northern Ireland Prison Service spokesperson said the circumstances of the emergency were being investigated.
“Four young people from Hydebank Wood College were taken to hospital after becoming unwell, following medical examination they returned to the college.
“As a precaution a further six students received medical attention on site. None of those involved faced life-threatening conditions.
“Hydebank Wood is operating as normal and the Prison Service will be fully investigating the circumstances of the incident.”