Irish language event goes out with a bang 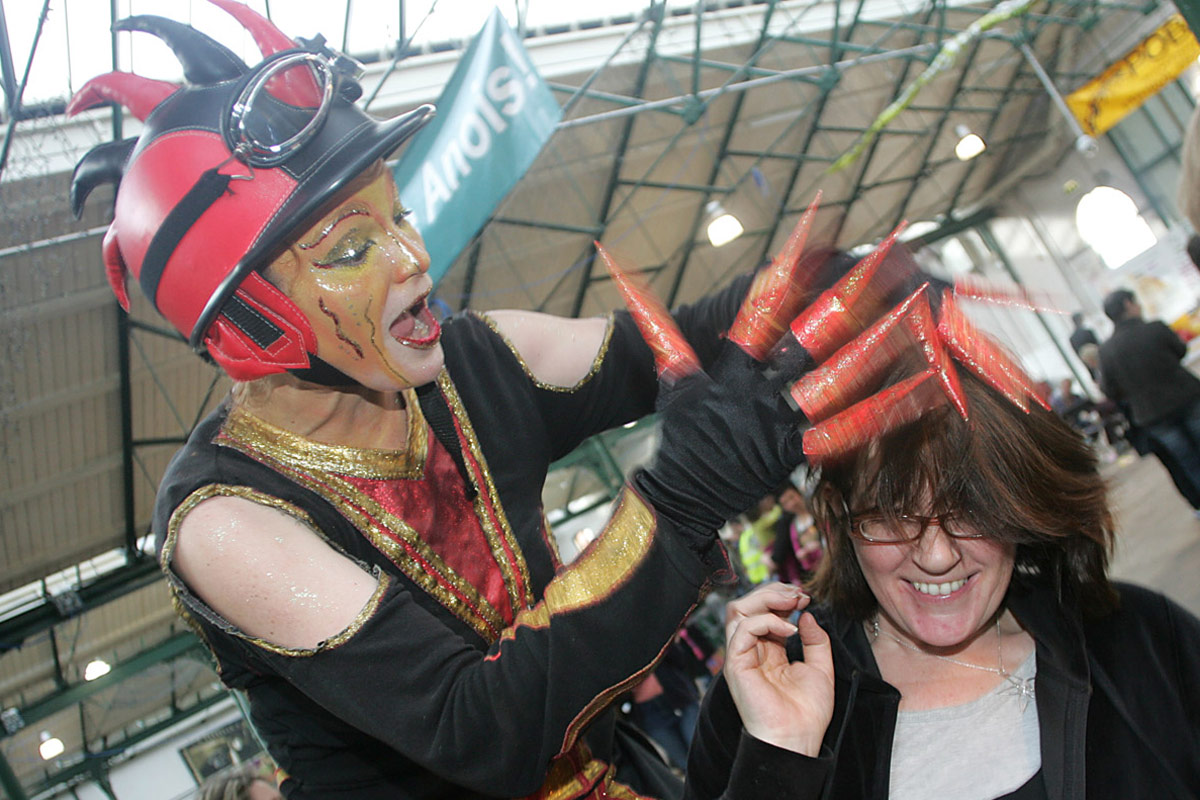 Irish speakers from across the north convened on South Belfast at the weekend for a massive event celebrating the language and calling for it to be enshrined in law.

The ‘Rights and Revelry’ event in St George’s Market, held on Sunday (October 9) by the Irish language body Pobal, saw hundreds of people take part in a fun day consisting of singing, dancing, family activities and much more.

It was held to coincide with the anniversary of the St Andrews Agreement, which pledged an Irish Language Act. However, to date no such legislation has materialised.

Pobal Chief Executive Janet Muller said it the event was the biggest in the Irish language calendar.

“It is a tribute to the support we have in the community that a tiny organisation like Pobal can organise such a huge gathering of people from far and near,” she said.

“For this one day, we pulled together a unique mix of high octane Irish language arts, community celebrations and with a serious message –it is time for the Irish Language Act.”

Those appearing on the main stage on the day included Gaelic singers and musicians from Scotland, including Mary-Ann Turner and Maggie MacDonald, who gave two workshops – one on puirt a’ beul, or Gaelic mouth music, and one on the Gaidhlig work song, ‘Tweed Waulking’.

The dynamic Celtic Storm dancers set the stage on fire with their exciting dance routines and acrobats Tumble Circus had the audience on the edge of their seats.

Crowds of delighted children gathered to see circus performers the Fanzini Brothers, juggling master Johnny Ó Phelan and stilt walker Ariel Killick – all of whom greeted and joked with their audience in Irish throughout the day.

Although a new Belfast City Council statute means organisations such as Pobal will not be able to hold events at St George’s Market on Sundays any more, Janet said the event  had “gone out with a bang”.

“People of all ages and from all walks of life took part in the event, which has a special atmosphere because of the venue. It’s a pity this may have been the last time we can have such an event in the market.

“St George’s Market has a long historic association with the Irish language so it will be sad not to be able to hold our event here again, but we certainly went out with a bang.”