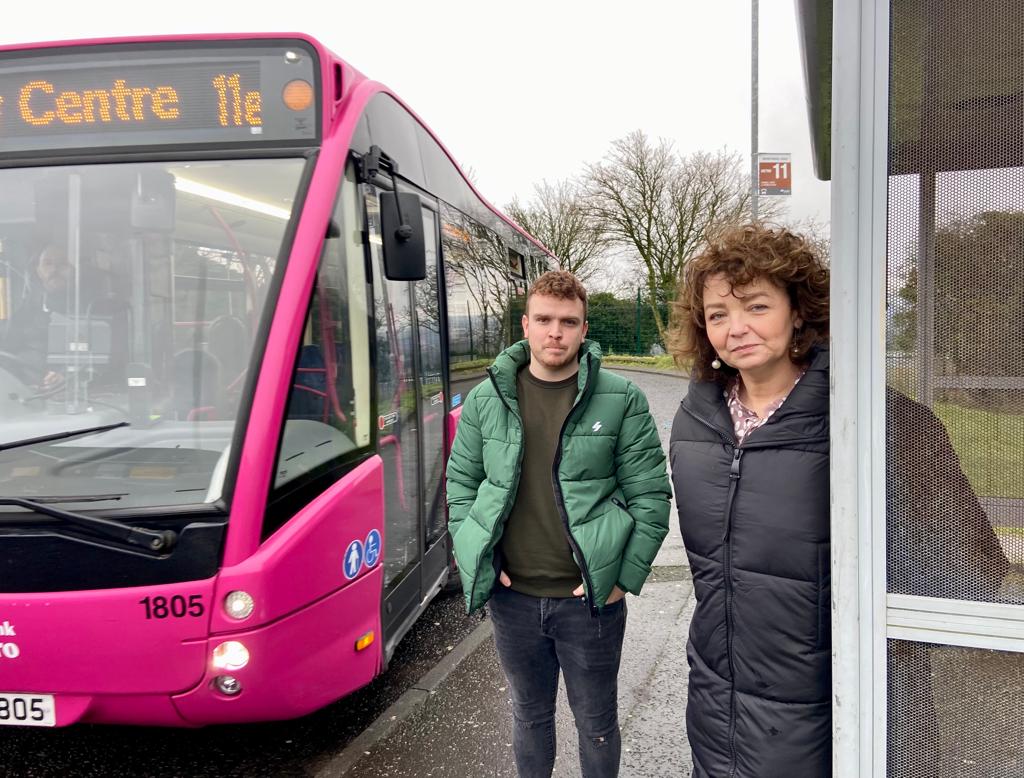 SINN Féin representatives have demanded the full restoration of bus services in the Ligoniel area.

It comes after Translink recently announced details of timetable changes from January 10 in response to reduced passenger numbers following the NI Executive regulations and guidance on essential travel.

Translink say the changes will allow them to put in place contingency plans for increasing levels of Covid absence to give passengers a level of certainty to plan their bus and rail services with confidence.

However, there is anger in Ligoniel at the new changes with the new bus timetable seeing the last bus leave Ligoniel on a Saturday as early as 6.05pm.

North Belfast Sinn Féin MLA Carál Ní Chuilín said: “The community of Ligoniel deserve nothing less than full and equal access to public services just like any other citizens of this city.

“I’m calling for the complete restoration of Translink services after the decision to cut  the bus timetable to the area.

“It is completely unacceptable that the new bus timetable will see the last bus leave Ligoniel on a Saturday at 6.05pm particularly at a time when government is supposed to be encouraging the use of public transport.

“Let’s be clear, these cuts to public transport will hit the poorest hardest and will stop people getting to work, getting to and from the city centre and providing support to those in need.

“Ligoniel is no longer a remote area it is a rapidly growing and integral part of Belfast and therefore requires full access to public services."

“The temporary timetables allow us to maintain service levels, prioritising school and peak time services and ensuring as much geographic coverage of the network as possible.

“We continually monitor our timetables and passenger numbers.

“Our timetables are available on Translink’s Journey Planner and website www.translink.co.uk or by phoning our Contact Centre on 02890 666630.”