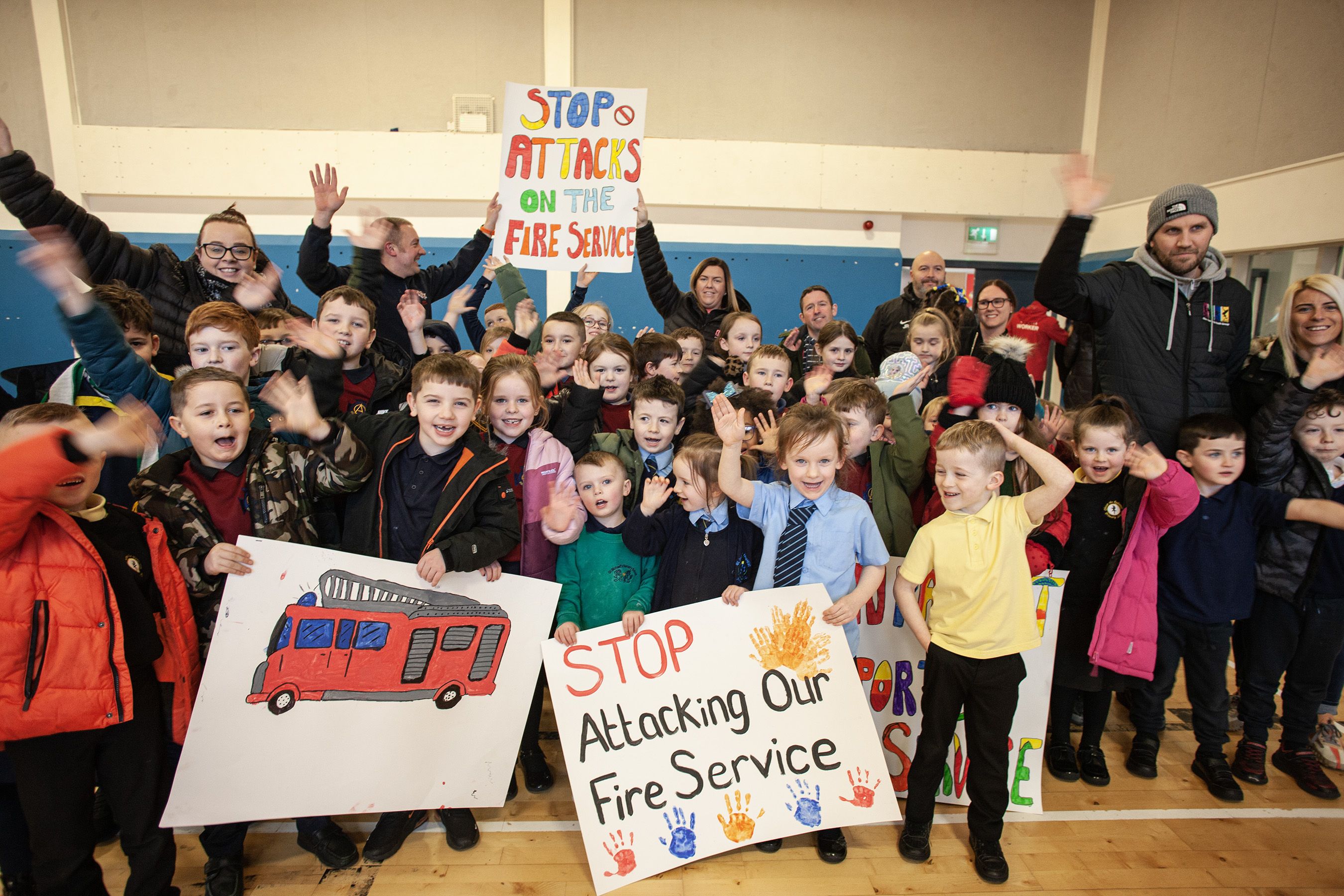 UNITED: The young people came together in Lenadoon today and got their message across

THE loud, high sound of fire sirens could be heard throughout Lenadoon on Thursday afternoon, but this time for a completely different reason than you might expect.

Glen Parent Youth Group on the Suffolk Road organised a positive event expressing support for the fire personnel following an attack on Monday evening which resulted in a firefighter being injured and an appliance damaged in the area.

Local young people, youth and community workers and local residents gathered at the event to meet with members of the Springfield Fire Service at the Glen Community Complex.

The children from the Daycare and After Schools programme at Glen Parent created a range of colourful signs with one very clear message: Stop attacks on our Fire Service.

It was a fun-filled day for the children as they met local fire fighters, learnt all about the importance of their role and even got to hop aboard a fire truck.

Paul Niblock, Youth Co-ordinator of Glen Parent Youth Group, said they have been working in partnership with the Fire Service for over a decade.

“During that time many young people from the centre had done their work placements with the Fire Service.

"Youth members had also taken part in eight television adverts around the misuse of Halloween fireworks, attacks on the Fire Service and the dangers of gorse fires on the mountains.

“Local residents, young people and youth and community workers were appalled by the recent attacks on the Fire Service on the Suffolk Road and they are pleading with the small number of young people involved in this anti-community behaviour to stop now."

Paul added: "We will continue to work in partnership with the Fire Service on educational programmes for young people.”