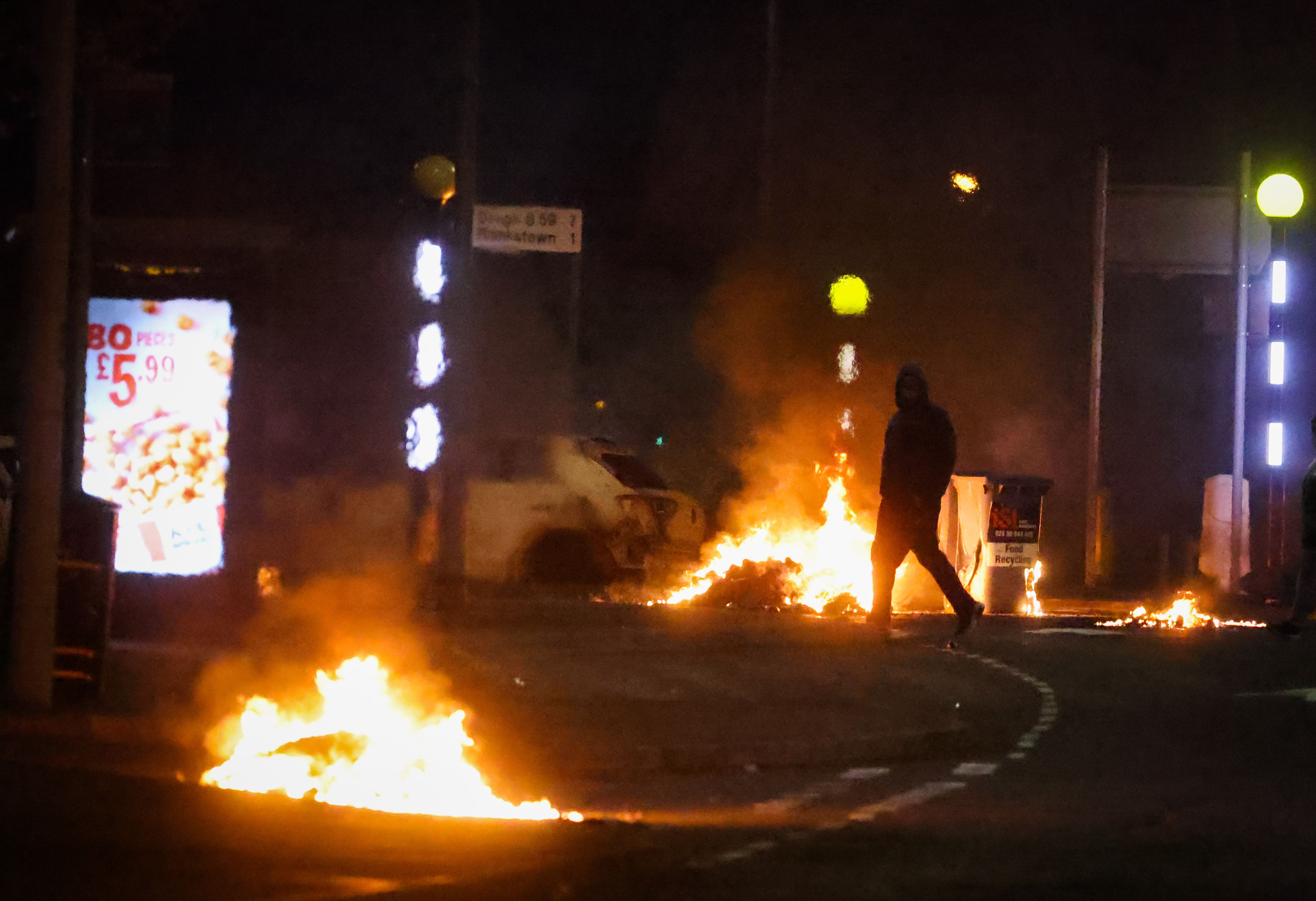 WISE UP: Aftermath of loyalist attacks on police lines. Presseye

West Belfast troubadour Joby Fox has composed a song for the loyalist youth who have been involved in rioting and violence over the past five days.

Entitled 'Enemy Within', the moving ballad was inspired by Joby's own experiences as a teenage Andytown rioter who was convicted of throwing petrol bombs at a British Army patrol.

"The flames keep burning us down," sings Joby. "Though you are my brother, they'll be putting us in the ground."

Explains the Energy Orchard founder best know for his eighties hit, 'Belfast': "When I was out rioting, I didn't have much political analysis and I don't think these kids do either. I got a charge for petrol bombing which carried through all my life. The people who are orchestrating it know these kids will end up with charges for the rest of their lives which is a really sad thing."

The lyrics of Enemy Within add:

"There is a gun in your hand

But I see through you.

They tell me this place is blowing up

You say you do it

Coz of your creed

I say you don't care

For what we all need (which is love)."

The heartfelt musical plea for peace ends with an invite to the loyalist youth to join Joby hand-in-hand so he can show them "the enemy within".

After the song closes, Joby has some sage advice for the loyalist rioters. "Wise up now. Use your head. Your feet's for dancing."