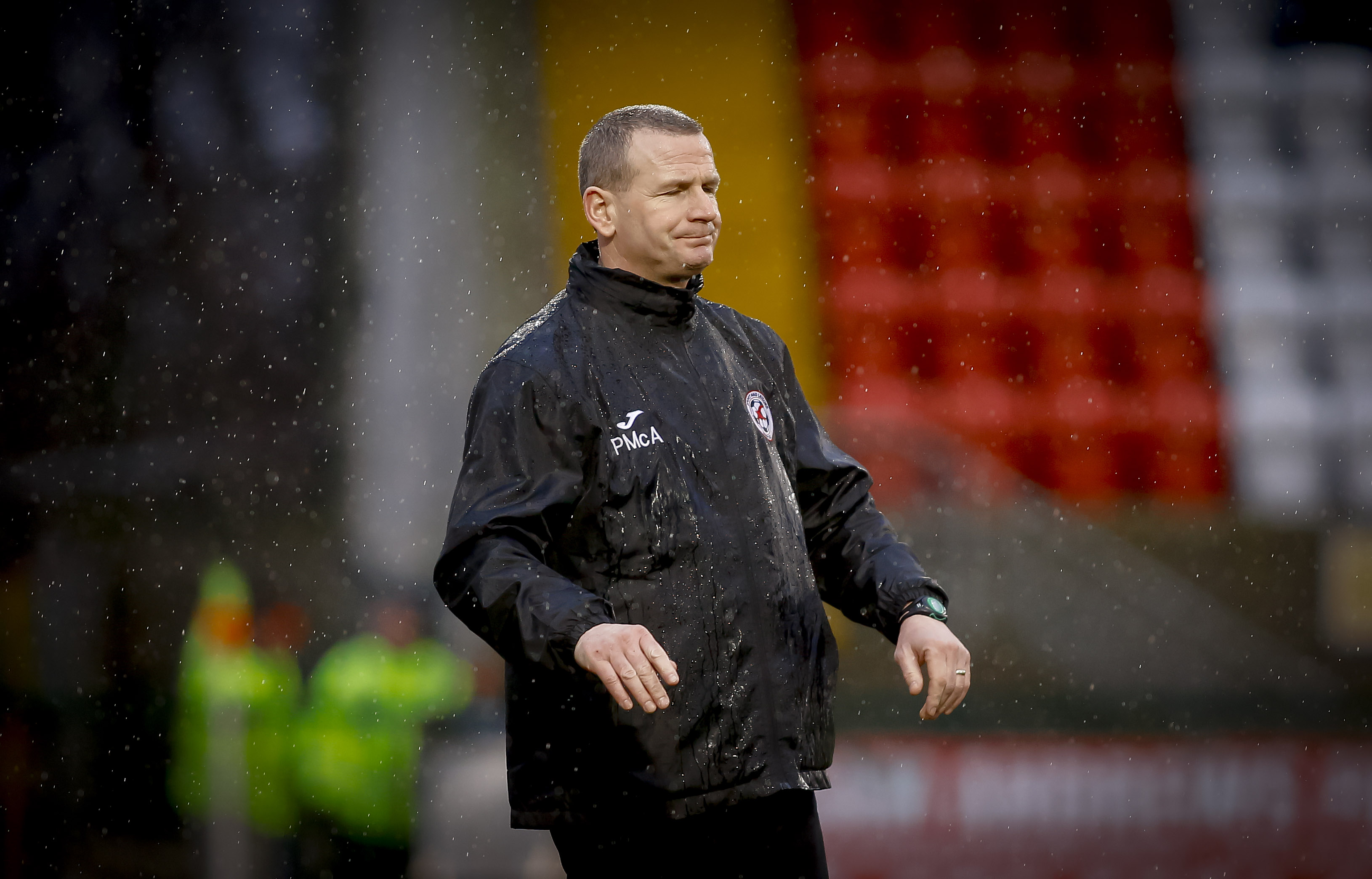 SUCH is the tight nature of life in Championship 2 that Sport and Leisure Swifts may still clinch promotion just weeks after staving off the threat of relegation.
The permutations of the league mean that Swifts can’t be overtaken by enough teams with five set to make the drop due to an overhaul planned for the new season.

The sides below the West Belfast club have to play each other in the closing weeks of the league and will take points off each other - thus ensuring the safety of Pat McAllister’s men.

However, it has emerged that Limavady, who currently occupy second spot can’t gain promotion to Championship 1 after their application for a licence to play in the second tier was rejected.

Yet, McAllister is happy just to have avoided relegation and insisted he won’t burden his players with talk of promotion.
“The way we are at the minute, we are safe because the teams below us have to play each other so they can’t all claim maximum points,” said McAllister.

“It is a brilliant achievement considering the pressure the club has been under this season.
“To be fair, I don’t think it is right that five teams go down. It is an awful situation.”

McAllister added that his side won’t be doing anyone any favours, claiming ‘they wouldn’t do us any’ but he has also told his squad to put thoughts of gaining promotion to the back of their minds.

“I just wish the league would come out and clarify the situation right away so the teams know where they are at,” added the Swifts boss.

“We don’t want our players thinking about third place. We just want to finish as high up the league as possible.
“If we can get into the top three it will be a great achievement.

“Everybody is in the dark at the minute - we have told the players to forget about it.”
It has been a memorable season for the Glen Road outfit, during which they reached the sixth round of the Irish Cup.

A glamour tie against Cliftonville was their reward, even if the Reds claimed a 4-0 win at Solitude.
McAllister has praised the character and courage of his players as a long season draws to a close.

“There was only one game this season where we felt we let ourselves down and that was the Dundela game,” said McAllister.
“In all in the other games, we have been in there with a chance.

“The players have showed great commitment all year.”
That said, McAllister believes his side have suffered as a result of their Irish Cup exploits.

With their Glen Road Heights pitch unplayable at various times throughout the season, the fixtures backlog will be cleared with a punishing run of games before the end of the month.
“The pitch doesn’t hold up too well in bad weather. It is something we are going to look at during the summer,” said McAllister.
“We are going to have to play Tuesday, Thursday and Saturday games for the next two weeks.

“Professional players wouldn’t do it but guys who are going out to do a day’s work are being asked to do it.
“The more games you play in the Irish Cup, the more you are punished. It is farcical asking players to play that many games.”

The Swifts host Limavady this Saturday (3pm) at Glen Road Heights with James McGrogan suspended while Pearse Tully, Kevin Lynch and Declan Moore will be unavailable for the games against Cough and Moyola because of suspension.