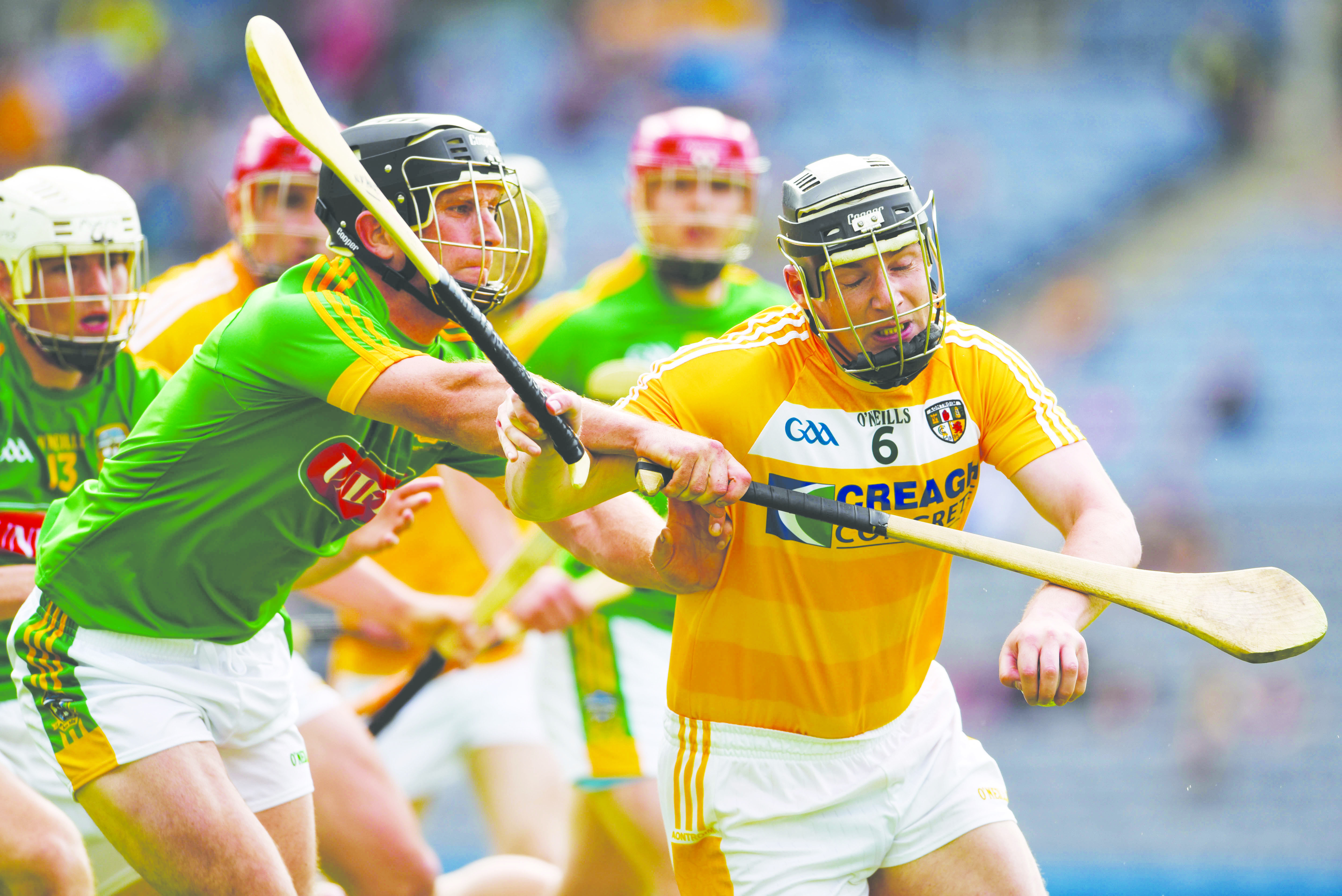 ANTRIM have been granted a replay after last Saturday’s controversial Christy Ring Cup ‘defeat’ to Meath in Croke Park – but the Royals may not play ball.
Confusion reigned at the end of the game after a score-keeping error led to Meath collecting the cup for the first time in their history, despite the game actually finishing level.

Yesterday, the GAA’S Central Competitions Control Committee (CCCC) ruled that the final must be replayed this Saturday in Pairc Esler, Newry, at 7pm.

In a fresh twist, it has emerged that Meath may now opt to boycott the replay.
It is understood that GAA officials in the county were unwilling to offer Antrim a replay – a move which forced the CCCC to demand that one take place.
Meath’s CCC will meet tonight to discuss that matter and it is understood that Royal County manager Martin Ennis is canvassing his players in order to determine whether or not they will field on Saturday.

The problem arose when Niall McKenna’s point in the 63rd minute was incorrectly attributed to Meath. The scoreboard at Croker read Antrim 1-19 Meath 1-16 when it should have been 1-20 to 1-15.

A point from Meath’s Adam Gannon cut the gap to two points when it should have been four before Antrim’s tally was corrected.

However, while Antrim were credited with their point, the extra point was not deducted from the Meath tally.

This led to a farcical end to proceedings when Sean Quigley fired over a point in injury-time to give Meath the ‘win’ on a 2-18 to 1-20 scoreline – despite the fact that Meath had only scored 17 points.

Referee John O’Brien confirmed the score at the full-time whistle prompting wild celebrations from the Royals who looked to have booked their place in the Liam MacCarthy Cup next year.

However, O’Brien admitted in the aftermath of the game that an error had occurred, forcing the GAA to review the game.

Despite the controversy, Meath went ahead with a planned homecoming for the players and management at Trim on Sunday night, while manager Ennis refused to be drawn on the debacle when interviewed by members of the press after the game.
The winners of the Christy Ring Cup are set to take their place in the quarter-finals of next year’s Leinster Senior Hurling Championship.

A compromise of letting both teams compete in the Liam MacCarthy Cup was ruled out by GAA president Aogán Ó Fearghail yesterday.

“That sounds nice at times and it’s lovely to be nice to everyone and we would like to do that and I’m sure that’s what people’s instant reaction was, but we have to be fair and we also have to be honest.

“They are the two things – being fair and being honest.
“You can’t have two winners.”