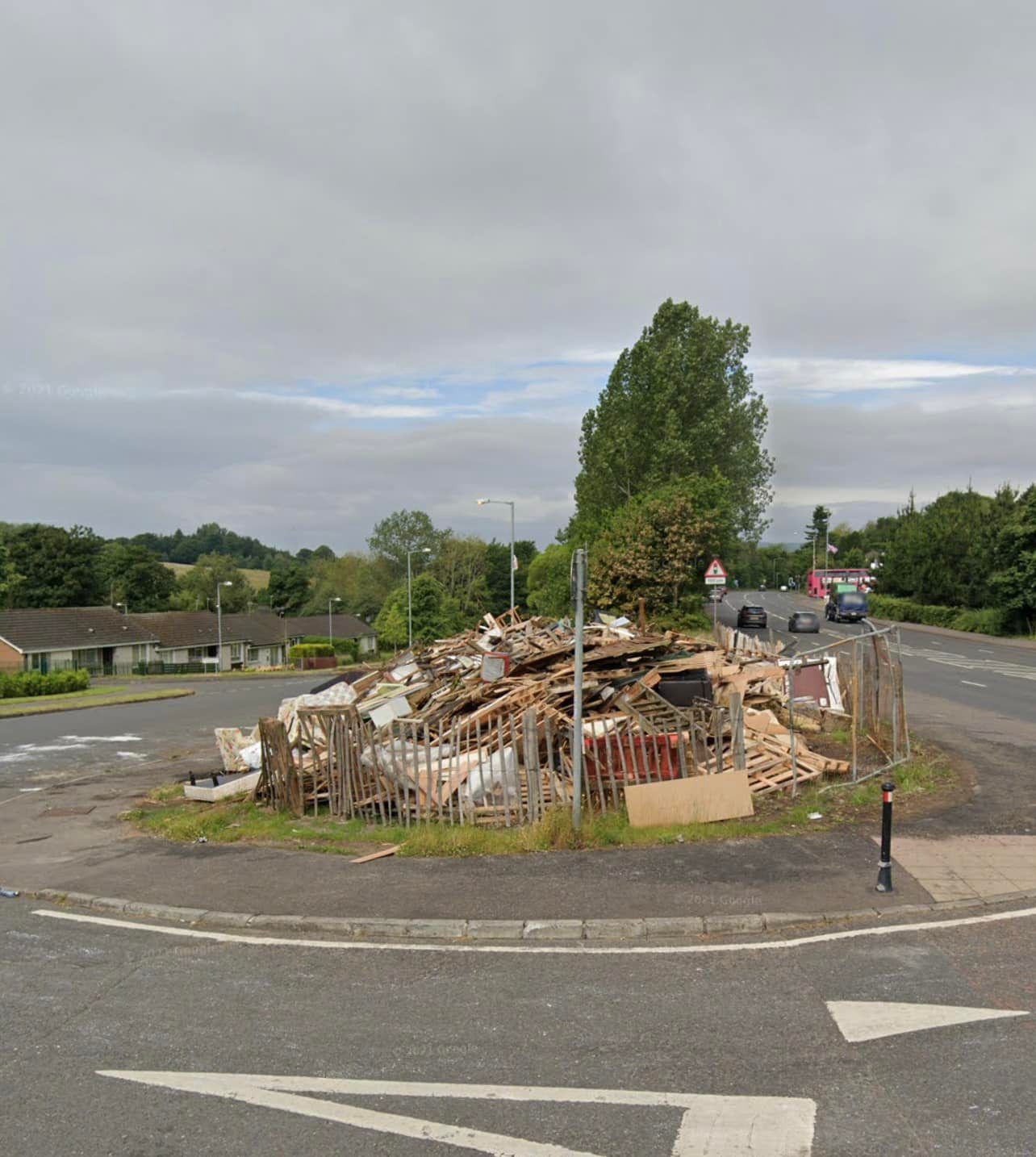 FENCING has been erected around a bonfire site in South Belfast in order to stop fly-tipping.

The Department of Infrastructure agreed to install fencing around the Milltown bonfire, off the Milltown Road, in an effort to stop fly-tipping and make the site safer for local residents and bonfire builders.

Balmoral DUP Councillor Sarah Bunting said: "The fly-tipping that occurred at this site last year was completely unacceptable and was a serious concern to local residents as well as making it unsafe to build a bonfire on the site.

"I want to ensure that the community is able to continue enjoying the annual Eleventh Night celebrations, while also respecting and addressing these concerns.

"An agreement has been reached with DfI for Harris fencing to be erected around the site, which will stop cars and vans from pulling in at the side of the road to dump their rubbish, while still allowing access to the site and increasing the safety for the bonfire builders.

"Contractors will be on site tomorrow to ensure the site is secured before people start using it as a dumping site and I will continue to liaise with the community, local community reps, council officers and the bonfire builders to keep the site clean and safe."

A DfI spokesperson said: “The Department for Infrastructure works closely with Belfast City Council to ensure that fly-tipping does not occur at various locations around the city.

"On Tuesday the Department erected fencing on land adjacent to Milltown Road to prevent unauthorised fly-tipping and illegal dumping at this location.”