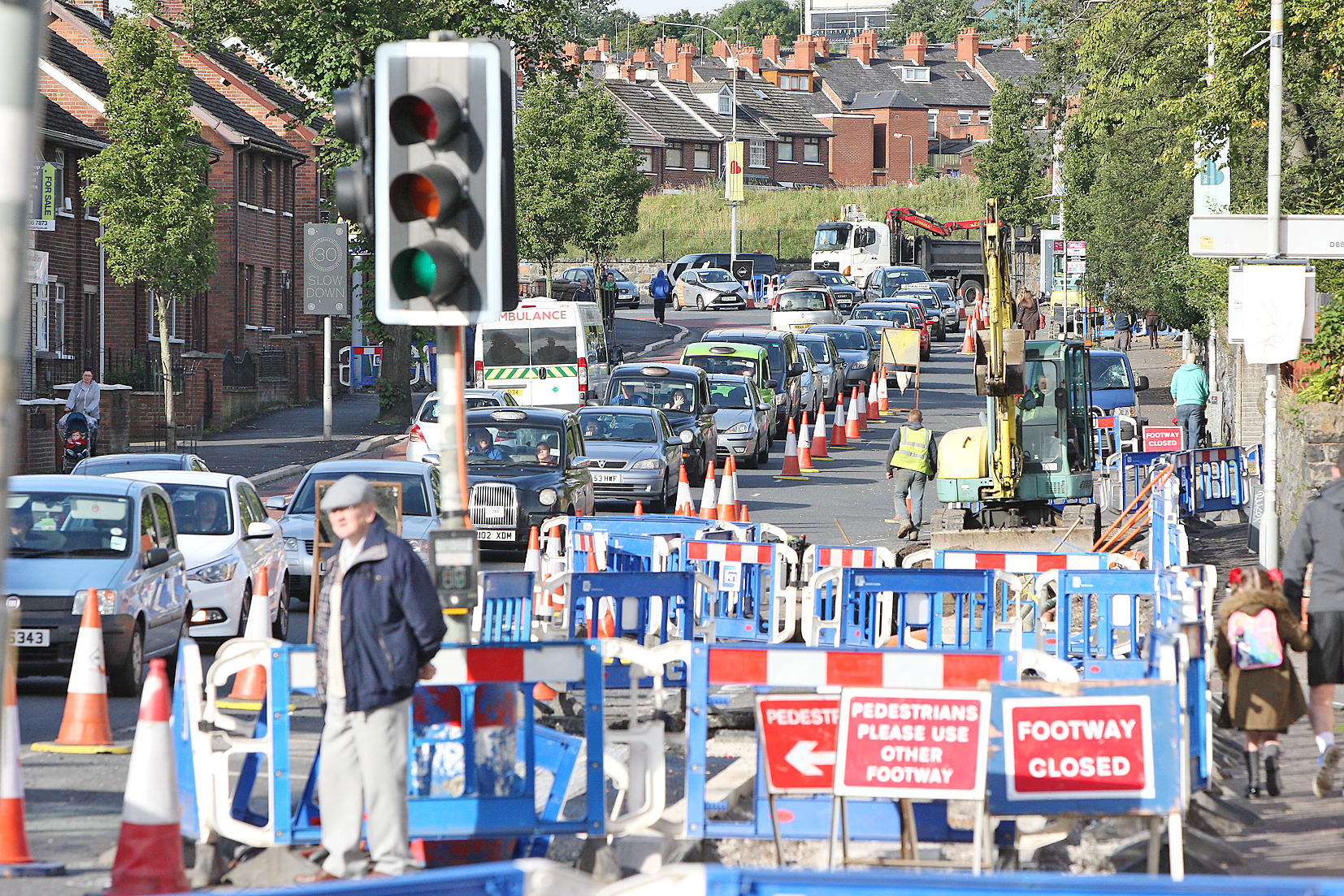 WEST Belfast motorists can expect a further year of traffic gridlock as the finish date for the ambitious Belfast Rapid Transit (BRT) system has been delayed until 2018, we can reveal.

The BRT was expected to be fully operational by autumn 2017. But continuing cutbacks at the Department for Regional Development – currently without a minister after the resignation of the UUP’s Danny Kennedy – have led to the completion date being put back 12 months.

Plans for the £100 million BRT system were announced in May 2014. The system will connect West and East Belfast and the Titanic Quarter via the city centre. The route will incorporate Divis Street, the Falls Road and Andersons-town, while there’ll be a park-and-ride facility for the Colin area.

There are fears that the abandonment of roadworks during the lengthy delay will bring more traffic chaos and even that the project could be scrapped. West Belfast MP Paul Maskey said the news was “disappointing”.

“Certainly it is disappointing that West Belfast will have to wait until 2018 to see the BRT vehicles on the road,” he said. “Roadworks, however, are continuing and I have sought assurances that the project will happen. I have said before that I want the best possible transport system that will connect West and East Belfast. The roadworks that have been carried out so far are part of a £16 million investment. I will continue to work and meet with Translink, the black taxis and DRD to discuss the matter going forward.”

A spokesperson for DRD said: “It should be stressed that the implementation works for BRT are continuing and will provide benefits for existing public transport users in advance of BRT becoming operat-ional.”