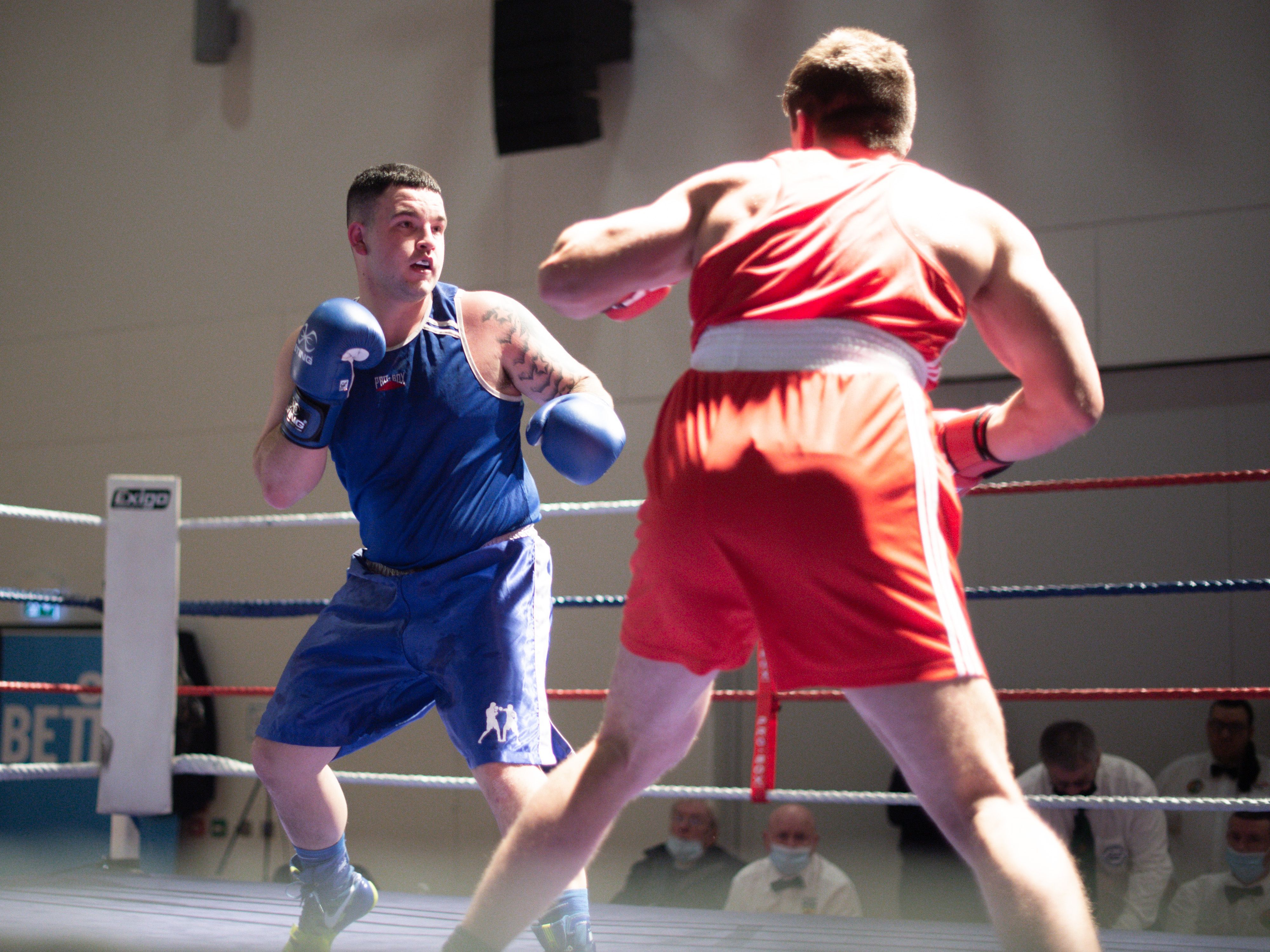 A LOCAL boxer has been moved out of ICU, five weeks after he fell ill following a bout in December.

Stephen McMullan from Newington ABC in North Belfast lost to Monkstown's Charlie Boyle in the heavyweight decider in the Ulster Elite Amateur Finals at Girdwood Community Hub on December 9.

The 25-year-old fell ill the following day and was rushed to the Royal Victoria Hospital where he was taken to the intensive care unit.

On Friday night past, he was moved to the stroke ward for recovery.

Stephen's sister, Claire, said: "Today was a good day, this amazing person my brother Stephen McMullan left ICU after five weeks and is now on the stroke ward.

"This does not mean he is still not sick. It means he is on to the next step of recovery and has even given us a few smiles and laughs.

"He really is a fighter. He will be in hospital for months but the prayers have gotten him so far and will get him further in his recovery.

"We do appreciate everything – life is precious."

A Go Fund Me page, set up by Stephen's cousin Mary, has raised over £5,000 towards his recovery and to give back to the RVH.

Mary said: "Stephen has fought so hard to be here with us today and continues to fight strongly, he remains very sick and has been left with life changing injuries which is how I've come to set up this page.

"All we want as a family is to give Stephen the best shot at life and for him to have the best quality of life to the best of his ability.

"For Stephen to be able to do this he is going to require intensive support, therapy and equipment, which is a massive burden financially on the family as Stephen was the breadwinner.

"Stephen will require intensive rehabilitation and an Eyegaze computer system to enable him to communicate with others, amongst other ongoing support. We want to help bring back that smile that lit up every room he entered.

"Any funds not used towards Stephen's recovery will be donated to ICU and the stroke ward in the Royal Victoria Hospital, Belfast."

The Irish Amateur Boxing Association (IABA) said in a statement: "There’s been an incredible response to fundraising efforts to support the continued recovery of Ulster Elite boxer, Stephen McMullan.

"Unfortunately, Stephen fell ill at home, and was admitted to the Royal Victory Hospital on Friday, December 10.

"Stephen was discharged from ICU in recent days, but remains in hospital receiving ongoing care and support.

"His family have launched a fundraising campaign, to ensure that Stephen has all of the resources to meet his ongoing needs on his discharge from hospital. Over £5,000 has been raised in a matter of days.

You can donate to 'Stephen's Journey of Hope' fundraiser here.