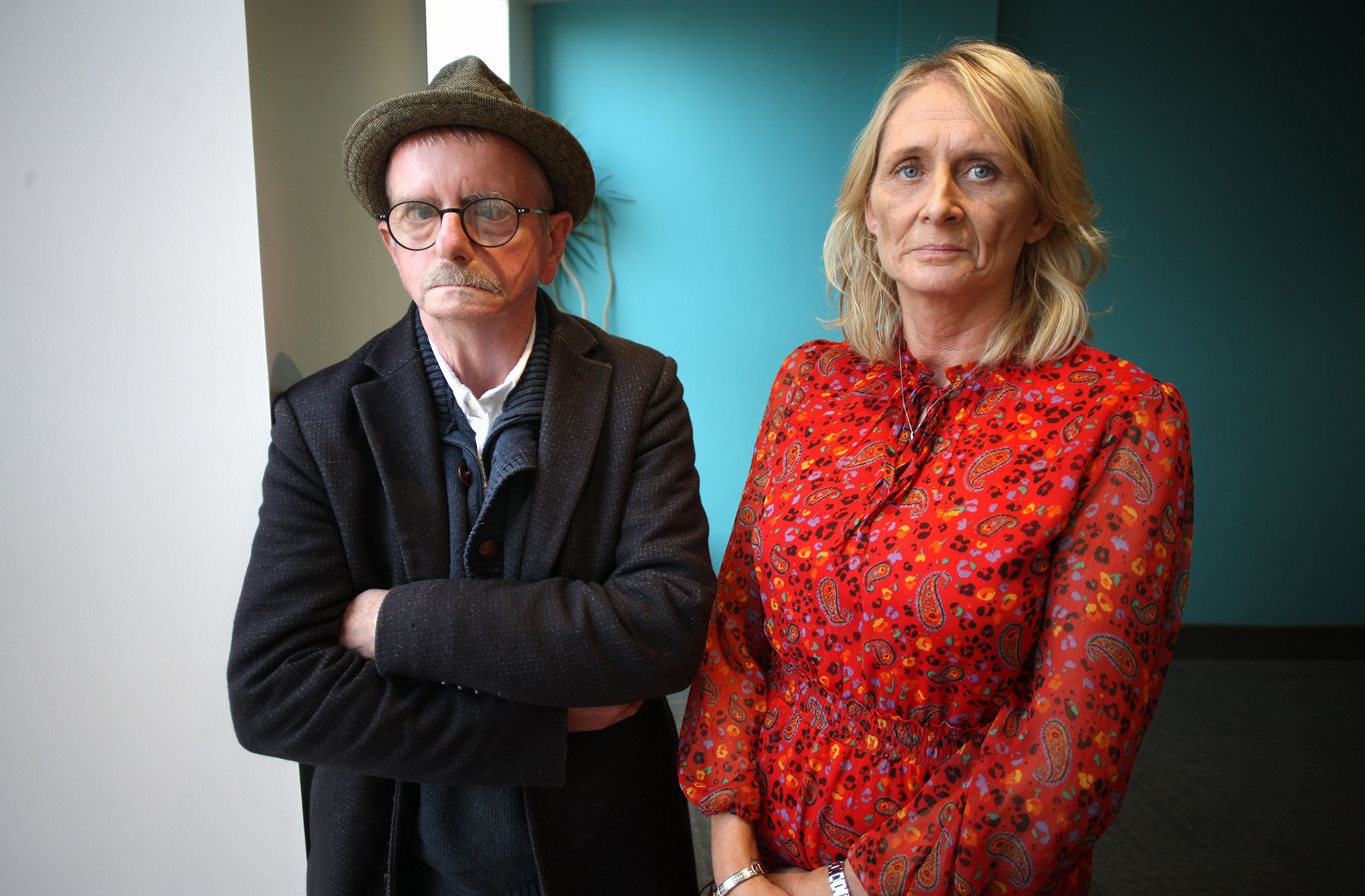 THE relatives of two victims of the Troubles in North Belfast have applied to the High Court for a judicial review of the proposals published by the Secretary of State in July to deal with legacy cases in the North.

Those proposals indicate that the government at Westminster seeks to close all current avenues of legacy investigations, civil claims, inquests and criminal prosecutions.

Patricia Burns is the daughter of Thomas Burns, who was shot by the British army in July 1972 outside the Glen Park Social Club in North Belfast.

The shooting is not disputed by the Ministry of Defence. Thomas was an ex-serviceman, having served in the British Navy for ten years, returning home to live in Belfast with his wife and four young children.

Ms Burns has an ongoing civil claim against the Ministry of Defence and the Chief Constable of the PSNI. She has also applied for a fresh inquest into her father’s killing, relying upon new evidence provided by ex-soldiers to the now defunct Historical Enquiries Team.

The Attorney General for Northern Ireland refused a fresh inquest despite accepting that the original inquest verdict was wrong in fact and in law. That decision by the Attorney General is also currently the subject of a judicial review challenge.

Also pursuing legal action is Daniel McCready, whose brother Jim McCann was one of six people were killed within hours of each other in February 1973 during gun attacks in the New Lodge by the British Army and loyalists.

In February, a fresh inquest was granted by the Attorney General.

Both applicants are asking the court to take the unusual step of providing an advisory judgement on the constitutionality and lawfulness of the proposals in domestic and international law.

They are also seeking this advisory judgement prior to the publication of the Bill in order that the parliamentary debate following the introduction of the Bill will be properly informed. The Northern Ireland Office has indicated that the Bill may be introduced at the beginning of December 2021.

Ms Burns and Mr McCready issued pre-action correspondence to Secretary of State Brandon Lewis in August 2021. They lodged a judicial review challenge on October 29 with the High Court in Belfast and are awaiting a date for a leave hearing.

Both argue that the purpose of the legacy proposals is unconstitutional, unlawful and in contravention of the Ireland/Northern Ireland Protocol and the British Government’s international obligations under Articles 2 & 3 of the European Convention of Human Rights (which permit no derogation in peacetime). They also seek a declaration from the court that the proposals represent interference with the independent functioning of the judiciary in Northern Ireland.

They seek declarations from the High Court in Belfast that any legislative provision which purports to introduce an amnesty protecting all those suspected of an offence during the “Troubles” from criminal investigation and prosecution would be so fundamentally unconstitutional that it could not lawfully by enacted by Parliament or given effect by the Courts and would be in contravention of domestic and international law.

They seek a declaration from the court that any legislative provision which purports to introduce a statutory bar to terminate all investigations into offences during the Troubles would be so fundamentally unconstitutional that it could not lawfully be enacted by Parliament or given effect by the Courts and would be incompatible with their domestic and international legal obligations.

They also seek declaration from the court that any legislative provision which purports to prohibit further civil claims or inquests, or any other court proceedings, or to take steps to terminate such proceedings which are pending before the Courts, on the basis that they relate to incidents during the Troubles would be such a fundamentally unconstitutional interference in the role and function of the judiciary that it could not lawfully be enacted by Parliament or given effect by the Courts.

Patricia Burns said: “We have to take this challenge to the legacy command paper because we have every faith that our courts in Northern Ireland will protect the rule of law.

"These legacy proposals are removing not just the independent legal mechanisms we have to get to the facts of my father’s shooting by the army in July 1972, but they will also remove all hope we have in democracy and the rule of law if this Bill is passed. We must act now and cannot wait until such a Bill becomes law. By then it will be too late.”

Daniel McCready added: “We campaigned for 30 years for an independent judge led inquest into the death of my brother Jim McCann and the five other victims of the New Lodge massacre in February 1973. This was only granted by the Attorney General in February of this year.

"We know our courts in Northern Ireland are fiercely independent. We have every faith in them. We can only hope that our courts will not let us be treated as second class citizens.”

Nichola Harte of Harte Coyle Collins Solicitors and Advocates said: “We are confident our courts will welcome the opportunity to provide an advisory judgement on the lawfulness and constitutionality of these proposals and their purpose.

"While this is a preemptive challenge, we are taking it now as, if this Bill is enacted, the victims across all communities in Northern Ireland will have lost their opportunity to achieve truth, accountability and justice.”