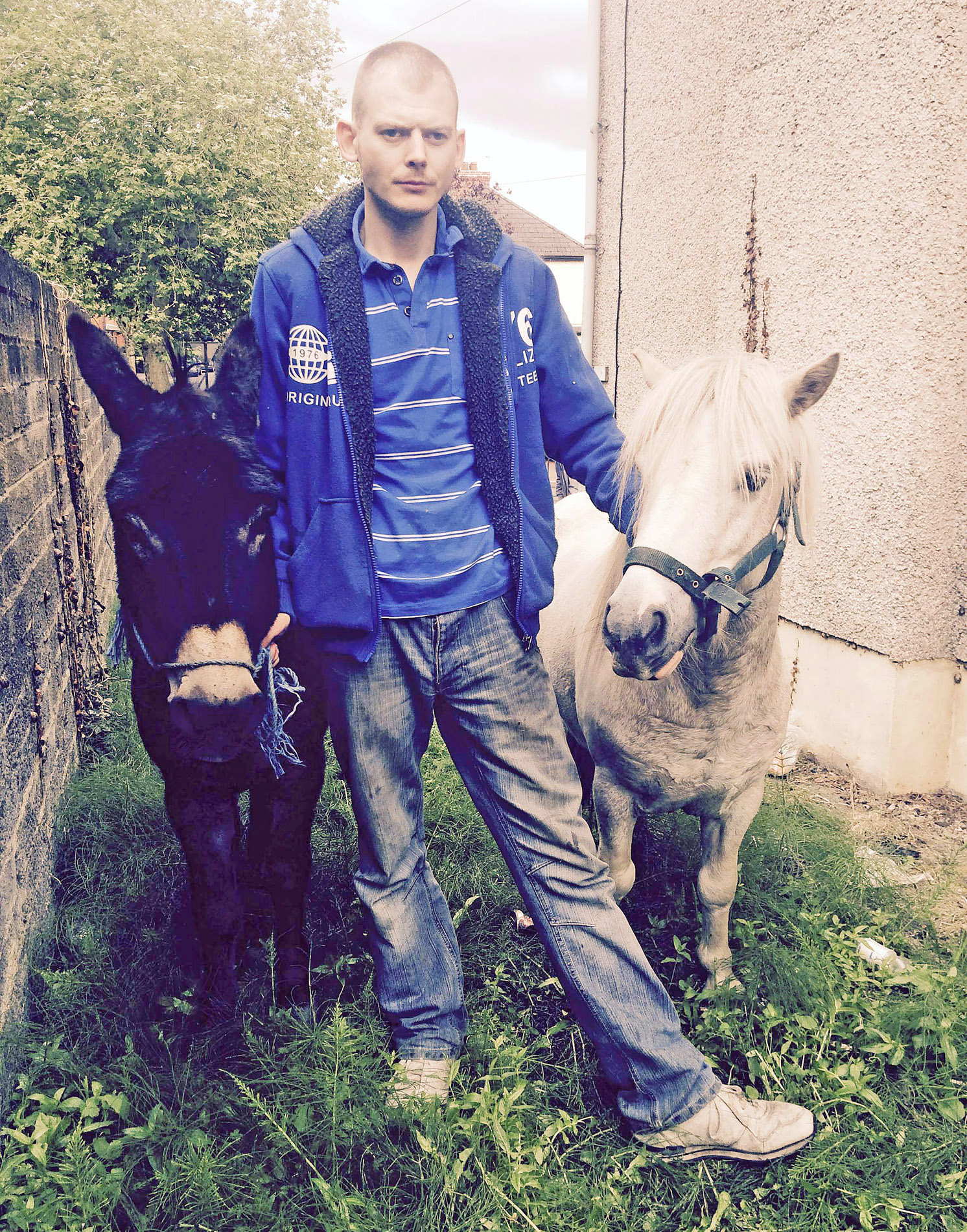 Damien Madden with Spud and Donnie, who are being temporarily kept on a plot of land at Alliance Avenue

A man who grazes his pet donkey and horse on a plot of North Belfast land says he’s “totally disheartened” over claims that he’s mistreating the animals.

Damien Madden, 33, owns a number of horses and donkeys and says he brought ‘Spud’ and ‘Donnie’ to a patch of grass beside his home with the intention of using them during the Ardoyne Fleadh to entertain the children of the area.

But he says a whispering campaign has started against him, including accusations that he is leaving the animals without food and water. He says the anonymous claims circulating in the local area are completely false.

“I have had the council out to look at the animals and they have no problem with them,” said Damien. “I am experienced in looking after horses. I have been looking after them since I was a kid visiting my uncle’s farm in Ligoniel. The last time I was accused of this was in 2013 and people are saying I was convicted of animal cruelty which isn’t true at all.”

The father-of-five says he will now be moving Spud and Donnie back to their field in Hannahstown where he keeps his other animals.

“I’m moving them to get a bit of peace because I’m totally disheartened, to be honest. There is so much stuff being written on Facebook and it’s just not true. I have nothing to hide, these animals are well looked after.”

A spokeswoman for Belfast City Council confirmed City Hall officials have paid a visit to the Alliance Avenue site where the animals are currently being kept to have a look at Spud and Donnie. They’ve also talked to Damien.

“Council officers have spoken to the owner and assessed the condition of the animals,” she said. “Our Animal Welfare Officer is continuing to monitor the situation.”