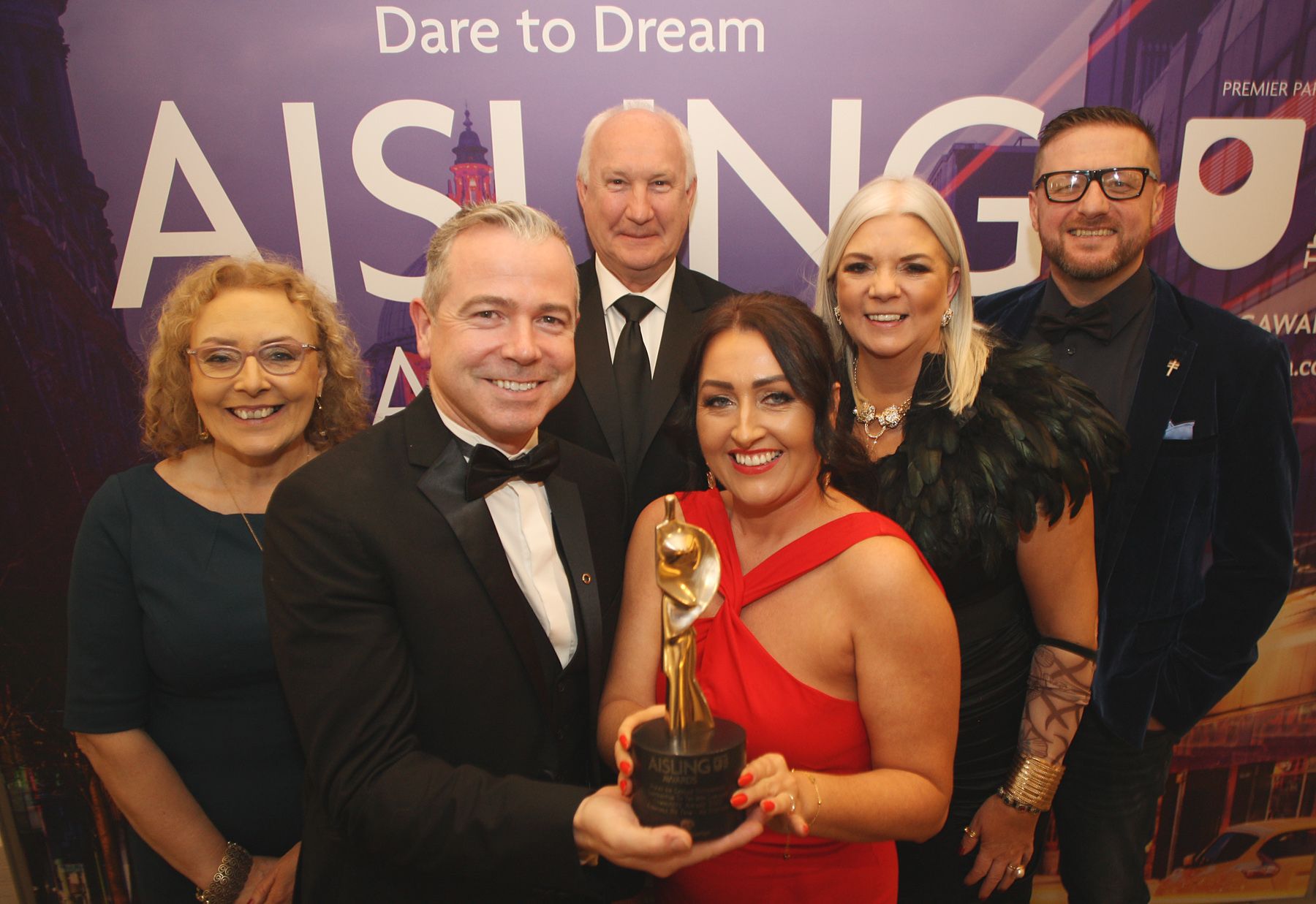 BUA: Fionnuala Nic Thom joins Pól Deeds and the team at An Droichead to pick up the Gaelige honours at the Aisling Awards last night.

Plans for the annual An Droichead Gaeilge gala have been unveiled this week - just as the groundbreaking Irish language centre in South Belfast picked up an Aisling Award for its popular Irish classes.

Bringing the ‘Aisling Award for Outstanding Contribution to the Irish Language’ back to the Ormeau Road is the brilliant Fionnuala Nic Thom.
Comhghairdeas ár Fionnuala. An Droichead abú! pic.twitter.com/NIjYosbyLa

Gala 23 will be taking place on Saturday, March 4, 2023 at Belfast City Hall as part of An Droichead’s year of 30th birthday celebrations and Seachtain na Gaeilge.

The popular folk band Pólca 4 will be performing on the night and providing entertainment after the dinner.

Special guests on the night are yet to be announced but past speakers have included President Michael D. Higgins.

The gala, which began back in 2013, has grown to be a huge success and a popular favourite amongst the Irish language community. The event, which is held in different locations each year, is an open invitation and is both a social event and a fundraiser.

Funds raised go towards An Droichead’s scholarships for Ulster University Irish courses. This opportunity provides students and the community with a clear path to recognised proficiency in Irish.

An Droichead CEO, Pól Deeds, said “We’re delighted that Belfast City Hall has been secured for this important event and that we have a date organised. So friends, put it in the diaries. Get the tuxes and dresses ready!”