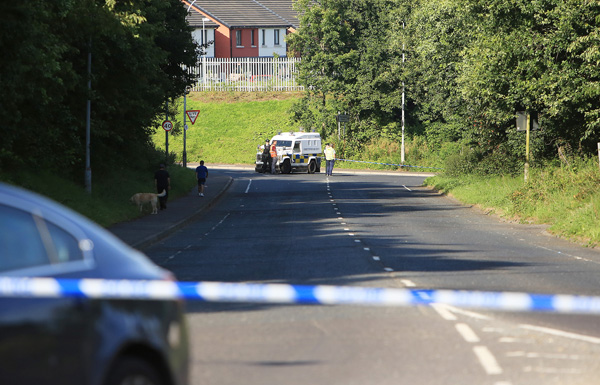 The collision happened on the Brian’s Well road in Poleglass

A 15-year-old boy remains critically ill following a collision involving a lorry and bicycle in West Belfast on Monday evening.

The teenager was cycling on the Brian’s Well Road in Poleglass on Monday when he was knocked down.

Following the accident both the Brian’s Well Road and Pembrook Loop remained closed for a time with diversions in place.

A spokesperson for the Belfast Trust confirmed to Daily Belfast that the boy, who is being treated at the Royal Victoria Hospital, is still in a critical condition.

Community Safety Officer for the Colin area, Michael George, said he had extended his best wishes to the family of the young boy “with hopes that he will make a full recovery”.