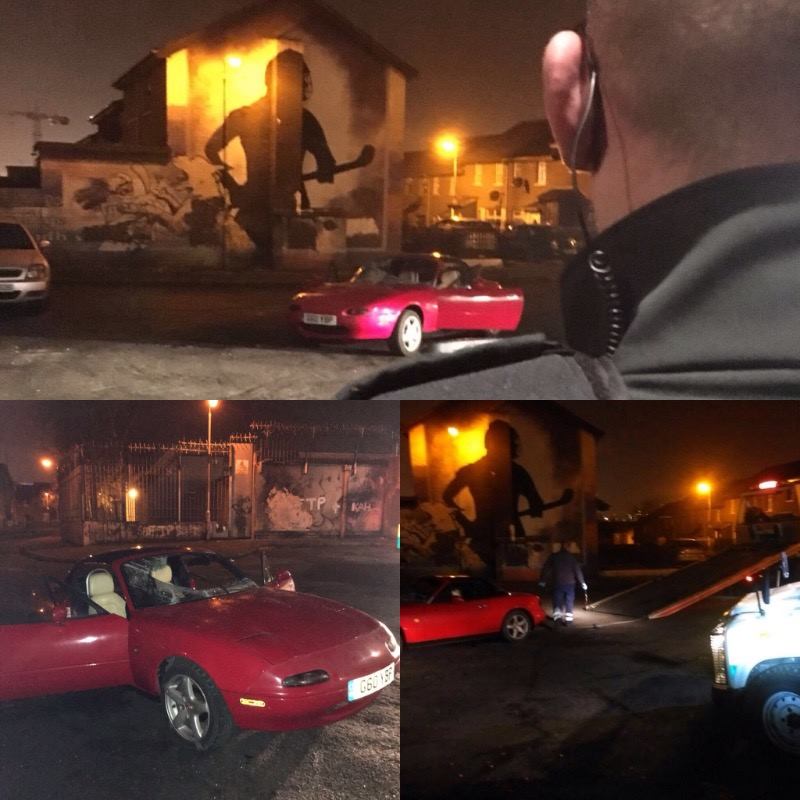 POLICE officers were attacked on Saturday night in West Belfast after responding to reports of a stolen car being driven dangerously.

The vehicle was stolen from Galway Street at around 7.15pm before being driven into the Divis area at high speed where a crowd of up to 20 youths gathered to watch.

After performing a series of reckless handbrake turns, the vehicle was driven to Roumania Rise where there was an attempt to burn it.

Sergeant Corner, from the Grosvenor Road team, said the criminals were putting the lives of local residents at risk.

“This is never acceptable but in a street where kids are playing and residents are trying to go about their business – it’s sickening,” he said.

“The crowd threw missiles at police, including bottles and bricks. Let’s be clear, the people doing this are criminals who are blatantly putting the life of every resident at risk.

“I spoke to the owner of the vehicle, who is a genuinely pleasant and nice young man who had his pride and joy wrecked by cowards. It was taken for the sole reason of death-driving. This type of behaviour needs to be stopped.

“This is a group of anti-community criminals who engage in this behaviour – we know who they are but need your help in putting them before a court. They need to seriously grow up, get a job and contribute something to society. It will end only one of two ways if they continue down this ridiculous path: prison or death.

“In the run-up to Christmas we will be stepping up patrols and working with residents, political representatives and other agencies so the law abiding and decent folk can enjoy their Christmas.”