Reds hoping for a Swift reply against Dungannon 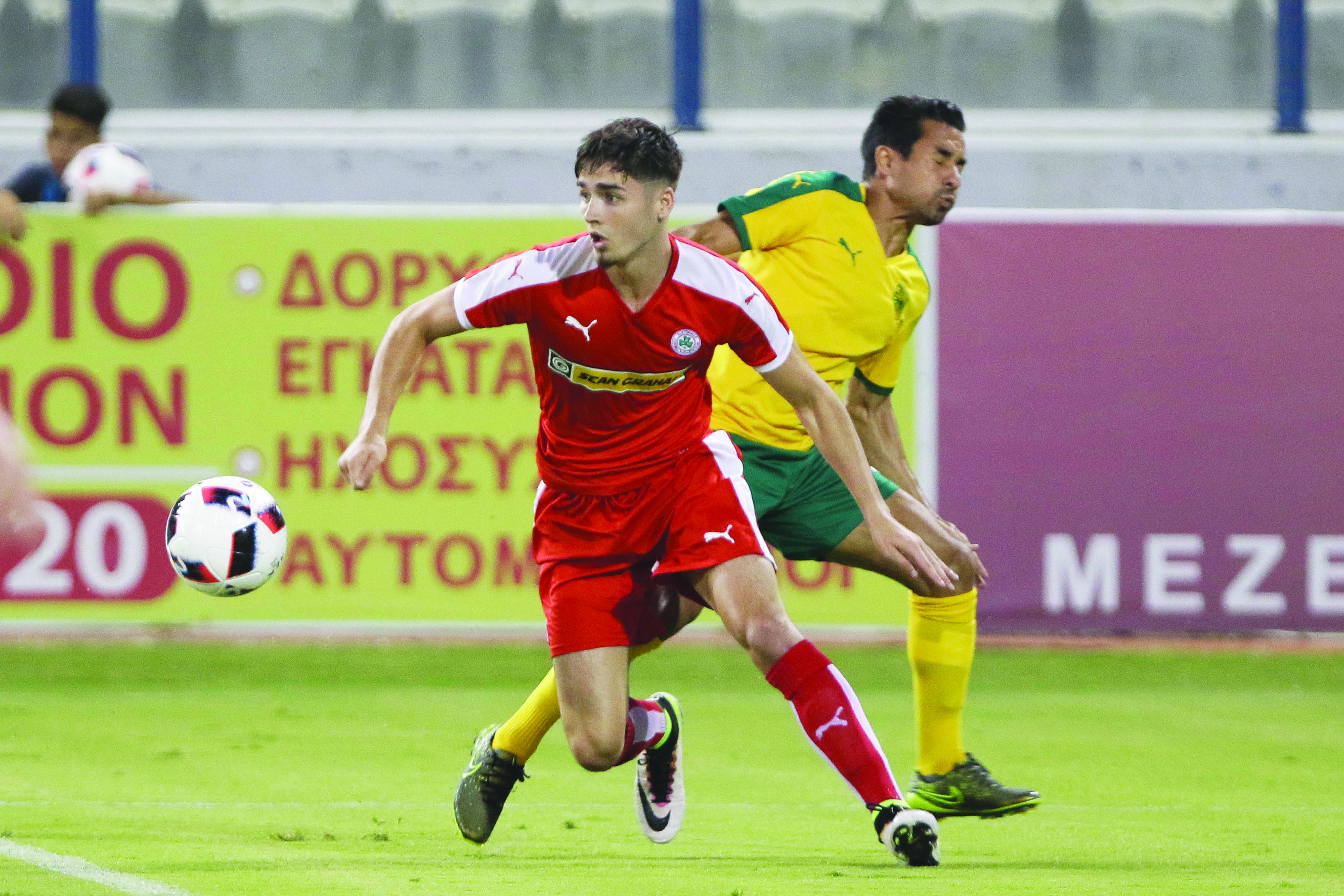 CLIFTONVILLE manager, Gerard Lyttle is adamant that his side can have a good season if they continue to demonstrate the strength and character they have shown so far.

The Reds suffered their first defeat of the league season despite taking the lead with 10 men at Mourneview Park at the weekend and host Dungannon Swifts on Saturday (3pm kick-off) looking to bounce back.

Despite dropping five points from the first three games, Lyttle is optimistic his side can have a positive season with new signing Ruairi Harkin to feature in the coming weeks.

“I definitely think we can have a positive season,” said Lyttle.

“We have quality in the squad. There is still Ruairi Harkin to come back in and Eamonn Seydak is fighting back. We’ve quality all over in equal positions. We’ve four top strikers, midfielders and wide men.

“We’re looking forward to the season and if the boys show the same determination and character, then it bodes well for us because we definitely have ability. We can play football and I’ve always said if we can work harder than the opposition then we have a chance.

“We were unlucky against Glenavon. It was pure bad luck in my opinion and we haven’t got the rub of the green so it’s a hard pill to swallow, but we’ll dust ourselves down and reassess during the week and look forward to the Dungannon game.”

Lyttle has a host of concerns ahead of the Swifts encounter with captain Jason McGuinness suspended after his red card against Glenavon, whilst there are doubts over fellow centre-half Chris Ramsey who departed with a hamstring injury and Ryan Catney who played through the pain barrier on Saturday.

“For Dungannon we’ll have to look to see who we have available first and foremost,” admitted Lyttle.

“We need to see who’s carrying niggles. There were three or four struggling before Saturday.

“Ryan Catney played through an injection because he was struggling from Wednesday night, Darren Murray was on the bench and struggling with his groin and Daniel Hughes was struggling.

“We need to have a look and assess Chris Ramsey. It was a hamstring which is never pretty, but hopefully we’ve got it early if it is serious.

“I’m disappointed with Jason’s sending-off. I thought it was soft sending off, but we have cover with Caoimhin Bonner and Jaimie McGovern.

“Caoimhin Bonner was probably unlucky to be left out for the Glentoran game. We went with a different dimension and Jaimie McGovern has won two league titles with us and comes with experience.

“It’s up to those boys now, they’ve got the jersey and it’s up to them to hold onto it.”

One player that Lyttle isn’t worrying about is striker Jay Donnelly who has hit five goals so far this season and his manager has tipped him to produce big things this season.

“Last year it probably wasn’t fair on him. I used him as a right-winger, left-winger, a number ten and a centre forward,” reflected Lyttle.

“I spoke to him about the season ahead and how big it is going to be for him and we are going to put him up front because that’s his position.

“He causes havoc with the centre-halves because he’s great in the air. He glides past people and he can finish.

“His two goals against Glenavon were different class, you see them in the top leagues and you talk about it for weeks.

“I think last season helped him. He scored nineteen goals last year playing off the wing and he has got to know the league.

“He was a regular last year. He has probably matured and he has sussed defenders out and defenders are probably saying ‘here’s Jay Donnelly here’, a bit of a fear factor.

“He has done well, but we have four top strikers. It’s hard to get them all in and it’s up the boys.

“Jay has the jersey and he’s holding onto it and not letting it go. You’ve got Daniel Hughes, David McDaid and Darren Murray also fighting for it as well.”