Friends and family come together to remember Eimear 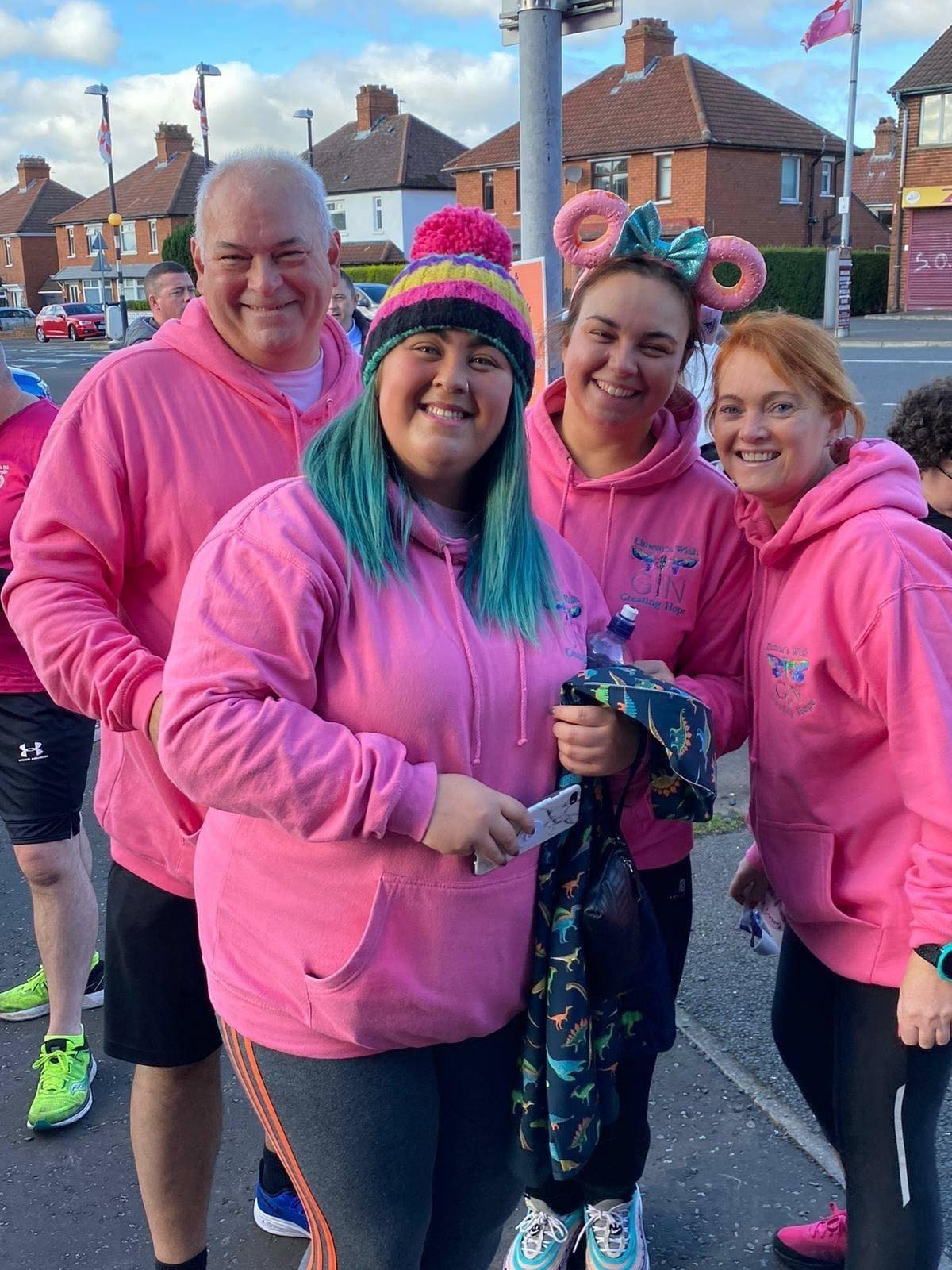 A WEST Belfast woman who died following complications after a stem cell transplant has been remembered with a charity walk.

After an incredibly inspiring campaign, Eimear found a stem cell donor match and underwent a transplant before suffering seizures after having a rare allergic reaction to medication. She died in June 2019.

Last Sunday morning, Eimear’s family were joined by people from all over Belfast and beyond to take part in the ‘Eimear’s Wish Donut Fun Walk’.

The walkers met at Guilt Trip Donut and Coffee shop in East Belfast who on the same day launched a special donut in memory of Eimear, called ‘The Bramble’ which is flavoured with blackberry, lemon and Eimear’s Wish Gin glaze.

Eimear’s father, Sean Smyth, who has sought to raise awareness and the conversation around stem cell, blood and organ donation said it was great to see that Eimear still touches so many people’s lives.

“It was a really great turnout, including people from the local community there in East Belfast who came out and supported us,” he said.

“It was meant to be a good family day and that is exactly what it was.

“The walk shows that Eimear is still touching people’s lives. We take great comfort in it but it is all about getting people to sign up for the stem cell donor list. That is what Eimear wanted and we will continue to try and raise awareness of it.

“We are heartbroken and devastated, of course we are, but we are creating hope as well for other people like Eimear.”