Roisin’s relief as decision to deny PIP is overturned 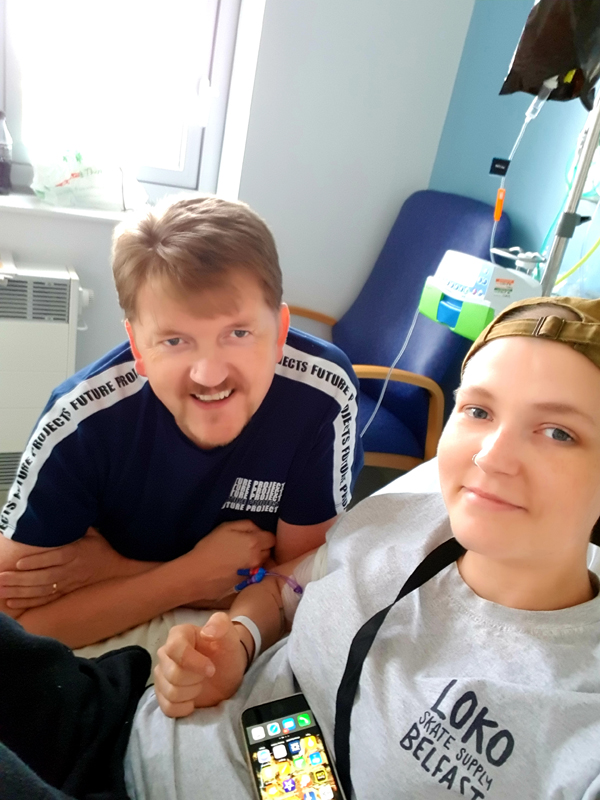 VICTORY: Roisin and her dad Tom battled the shock decision

THE delighted father of West Belfast woman Roisin McWilliams has spoken of his relief after his daughter’s PIP knockback was overturned.

Last month the Andersonstown News spoke with Tom McWilliams in his Twinbrook home as he told us the heartbreaking story of his 28-year-old daughter’s courageous battle with stage 4 Hodgkin's lymphoma and how the mother of one was refused PIP on the grounds that she could cook for herself, administer her own medication and plan a journey.

An emotional Tom said yesterday: “It was such a relief to us as a family to find out that Roisin’s PIP decision had been overturned and she would also be awarded money owed, this has taken a lot of pressure off her and we can now focus on the future and getting her well again.”

Last week Roisin also got more news she was waiting for – funding for her new immune therapy treatment has been granted and she underwent her first session in recent days.

Tom said: “I have no doubt that the media pressure surrounding Roisin’s case has helped and I want to thank each and every single person who has taken the time to wish us well and support us. We also cannot thank Ciaran Cunningham of Michael Brentnall Solicitors enough for his help with getting this disgraceful decision overturned.

“Roisin still has a huge battle ahead of her but we believe this new treatment will be successful, her new treatment is very tough on her, Roisin’s cancer is a very fast growing cancer, her new treatment is making her very lethargic and it has nasty side effects but she is prepared, she knows what she is up against and she will continue to fight.”