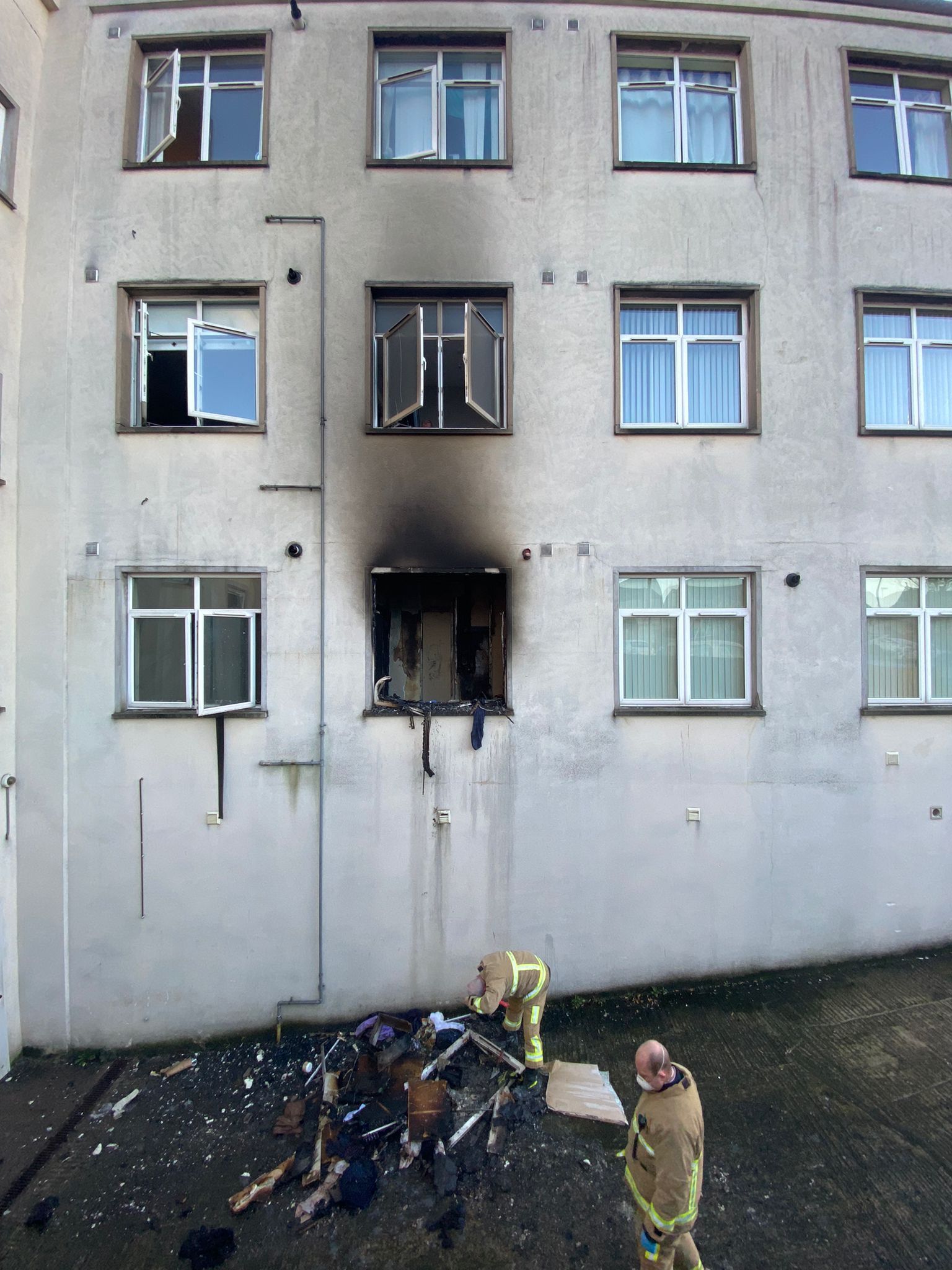 FIRE: The flats in Antrim Close

SEVEN fire appliances were needed to deal with a fire at a flat in North Belfast on Wednesday morning.

The blaze on the first floor of a block of flats in Antrim Close in the Fortwilliam area was reported at 5.47am.

Two fire appliances from Whitla and Lisburn and one each from Westland, Springfield and Cadogan Fire Stations were called to the scene.

Following assessment and initial treatment at the scene, one patient was taken to the Royal Victoria Hospital.

The incident was dealt with by 7.58am.

Northern Ireland Fire and Rescue Service (NIFRS) say the cause of the fire is "under investigation".