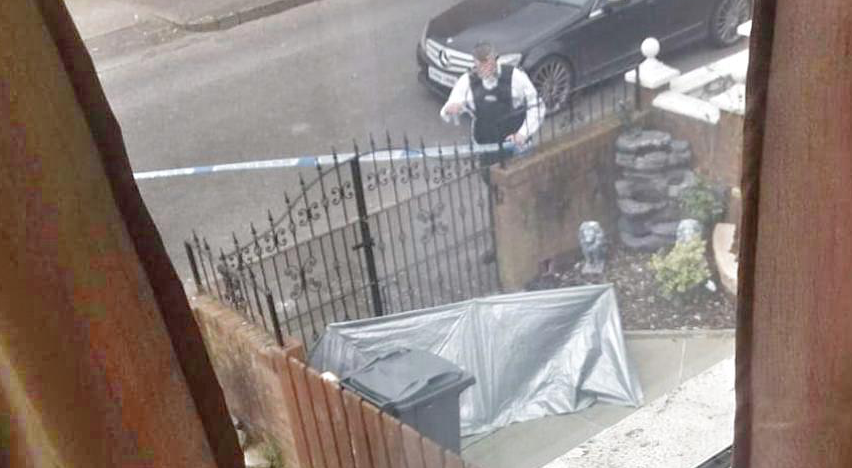 Robbie Lawlor, the Dublin criminal shot dead in Etna Drive, Ardoyne, at noon yesterday, was reported to have been warned by Gardaí not to travel to Belfast as his life was in danger. Four men were arrested yesterday and are being questioned by the PSNI in connection with the attack.

Robbie Lawlor (35) was linked to a number of gangland murders including that of Keane Mulready-Woods, the 17-year-old whose dismembered body was found in Dublin in January.

Sources say that he had also travelled to Belfast the previous Saturday.

Police say they are following a number of lines of inquiry and will not speculate as to a motive for the murder.

A light-coloured car, registration YLZ 7052, was found burned out near the murder scene. PSNI Detective Superintendent Jason Murphy has also appealed for information about a dark-coloured car which was seen in Ardoyne Avenue minutes after the other car was set on fire.

According to RTÉ, Robbie Lawlor was well known to gardaí for his involvement in serious and organised crime.

He had over 100 previous convictions and had only been released from prison last December.