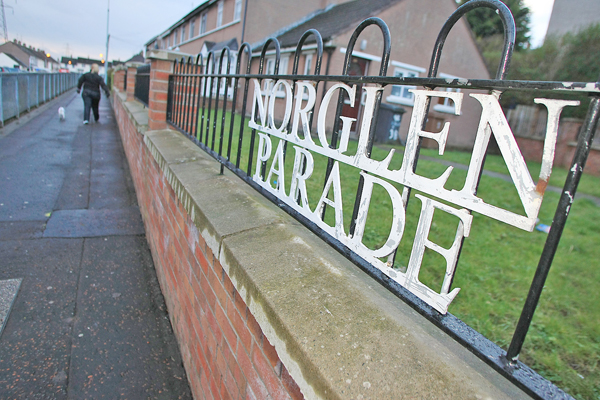 THE son of the man and woman shot last week in Turf Lodge is now under threat from the same gun gang, a West Belfast MLA has claimed.

Husband and wife Peter and Marie Dorrian were attacked on Thursday evening by a three-man gang in their home. Mr Dorrian is understood to have been shot in the leg three times with his wife shot once in the ankle.

Meanwhile, the PSNI said a device found in Poleglass yesterday was viable and designed to kill police officers in what appears to be a calculated upsurge in anti-agreement republican violence.

Pat Sheehan MLA, who after the attack said the family were well liked and not involved in criminality, condemned those behind the threat to the couple’s son.

“It beggars belief that threats have been issued against a family member of a couple who were shot several times in their own home in Turf Lodge earlier this week,” he said.

“It is despicable that this man and woman were shot in their own home in the first place. They have done absolutely nothing wrong, unlike the armed gang who shot them.

“It piles insult on top of injury for those responsible to issue threats against a relative of the victims.

“Those responsible have nothing to offer this community and I call on them to lift the threat immediately and get off the back of the people of Turf Lodge.”

“I am appealing for anyone who has information about this incident, or anyone who noticed any suspicious activity in the area, to contact detectives at Musgrave police station on the non-emergency number 101, quoting reference number 900 of 12/01/17,” she said. “Or if someone would prefer to provide information without giving their details, they can contact the independent charity Crimestoppers and speak to them anonymously on 0800 555 111."