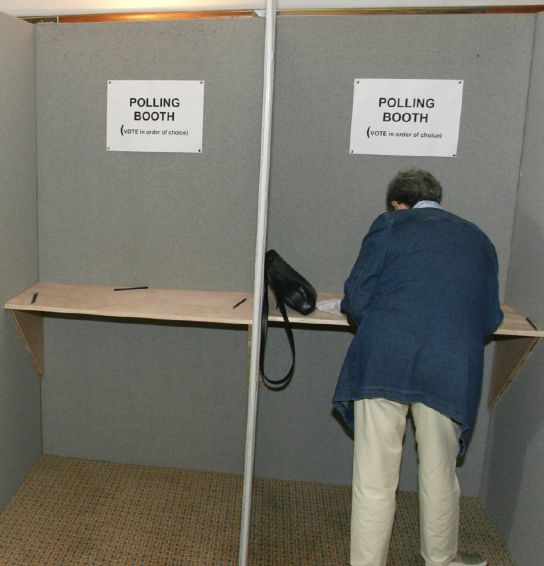 BARRIER: Sinn Féin is in rude electoral health, but where does it get support down the ballot paper?

OPINION polls are such fun, aren’t they? Especially if your lot is doing well and the other lot aren’t.  But they can also be very misleading.

Take the south’s last general election. The polls weren’t doing any handstands about Sinn Féin, yet that party emerged with a dramatically increased number of seats in the Dáil. They’d have got even more if they’d run more candidates. So the polls can tell a story in prose and an election can deliver one in glorious poetry.

Here in our dear stateen of NEI,  Sinn Féin, to judge by the polls, are flying. It’s not a question of are they ahead, but how far are they ahead. Behind them, the DUP and the UUP are tearing lumps out of each other, the DUP is tearing lumps out of itself, and the TUV is declaring  both the DUP and the UUP are soggy on the protocol. So a lot of nationalists and republicans assume that Sinn Féin will waltz in as the biggest party and claim the role of First Minister for its own. Big mistake.

In addition to the usual closing of ranks in the face of a perceived nationalist threat, there’s the question not just of votes but second preference votes.

What parties will give Sinn Féin their second preference? Not the TUV, not the UUP, not the DUP. The SDLP or Alliance? They might. Or then again they mightn’t.

The SDLP sees itself in direct opposition to Sinn Féin; ask Colum Eastwood, he’ll tell you. And you don’t give second preferences to your direct opponents.

The Greens or People Before Profit? Mmm, maybe.  But don’t bet the farm on it.
And further afield, don’t bet your farm on understanding the Ukraine situation either.
You’ve probably heard Vladimir Putin described as a madman or as Hitler with nukes. Yes he’s got nukes. But that doesn’t make him Hitler or mad. You don’t get to be in charge of Russia if you’re simply a madman.

For the past week our screens have been filled with images of refugees, weeping women, destroyed buildings. This attack on the Ukraine, the various TV channels and newspapers agree, was entirely unprovoked.

Not quite. In 1990, the West promised Gorbachev that NATO would not expand to the east. Then in the same year it bombed Yugoslavia. Over the past decade both NATO and the EU have been making eyes at Ukraine as a potential member.

So while Putin is one nasty man, he did give the West a choice: either leave the Ukraine as a neutral buffer state between us and the West, or we will wreck Ukraine. The West ignored him and right now Russia is wrecking Ukraine.

And as our TVs are filled with pictures of millions of Ukrainian refugees fleeing the Ukraine, many heading for the UK and Ireland, TV viewers shift uneasily between the twin horns of sentimentality (‘Aw, sure God love the poor people!’) and racial prejudice (‘Where the hell are we going to put all these bloody foreigners?’).